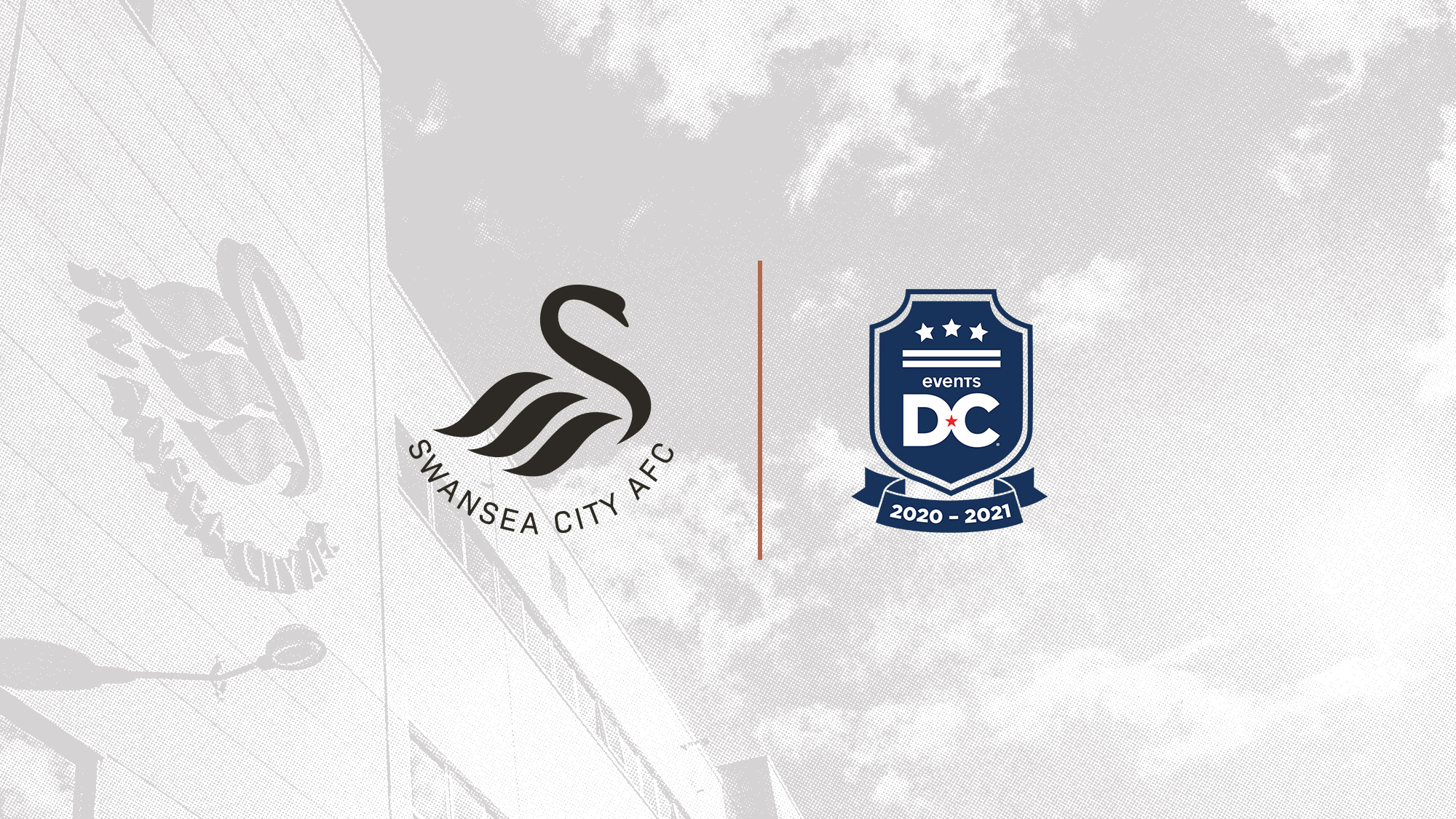 For the third season in a row, Swansea City is to receive major global support from Events DC when the club kicks off its Emirates FA Cup campaign at Stevenage on Saturday, January 9 (3pm).

The club and Events DC are pleased to announce the continued support of the official convention and sports authority for Washington, DC, which will see their logo take pride of place on the sleeve of the Swans jerseys during the famous knock-out competition.

Events DC has extended its strategic partnership having first been attracted to the Swans through the club’s American ownership and close working relationship with MLS side D.C. United.

Events DC also operates and manages the historic RFK Stadium, the previous home to D.C. United, and has hosted many international matches at the iconic stadium.

Through this partnership, both organisations look forward to strengthening world-class soccer talent in DC, while continuing to provide unique soccer experiences and visibility for the city’s passionate soccer fanbase.

“We are delighted Events DC will partner with us once again for this season’s FA Cup,” said Swansea City’s head of commercial, Rebecca Edwards-Symmons.

“Events DC is a prestigious and highly-regarded name when it comes to elite-level hosting of events across a wide range of spectrums, and we are proud to have them as a partner and look forward to helping them promote a wonderful part of the world.

“Events DC were part of our thrilling FA Cup run in our first season together, and we hope for further success in the competition this season.”

“Washington, DC is home to a proud and storied history of hosting premier international soccer matches, and Events DC is delighted to return as a presenting sponsor of Swansea City’s FA Cup sleeve,” said Gregory A. O’Dell, president and chief executive officer of Events DC.

“The continuation of our partnership with the Swans reinforces the importance of international soccer and their passionate fans in the District. DC is a world-class destination for sports, and this global platform will continue to drive increased visibility to soccer fans around the world.

"We wish the Swans the best of luck in the FA Cup and look forward to hosting Swansea City and other international matches in our nation’s capital in the near future.”

The extension of our partnership means Events DC will again sample the prestige of the FA Cup and its global visibility as the most watched domestic cup competition in the world.

The prestigious backers became the club’s first FA Cup sleeve sponsor during the 2018-19 season as the Swans enjoyed an exciting cup run with victories over Aston Villa, Gillingham and Brentford.

They also came within a whisker of reaching only their third FA Cup semi-final appearance before suffering a dramatic 3-2 defeat to then-Premier League champions Manchester City.