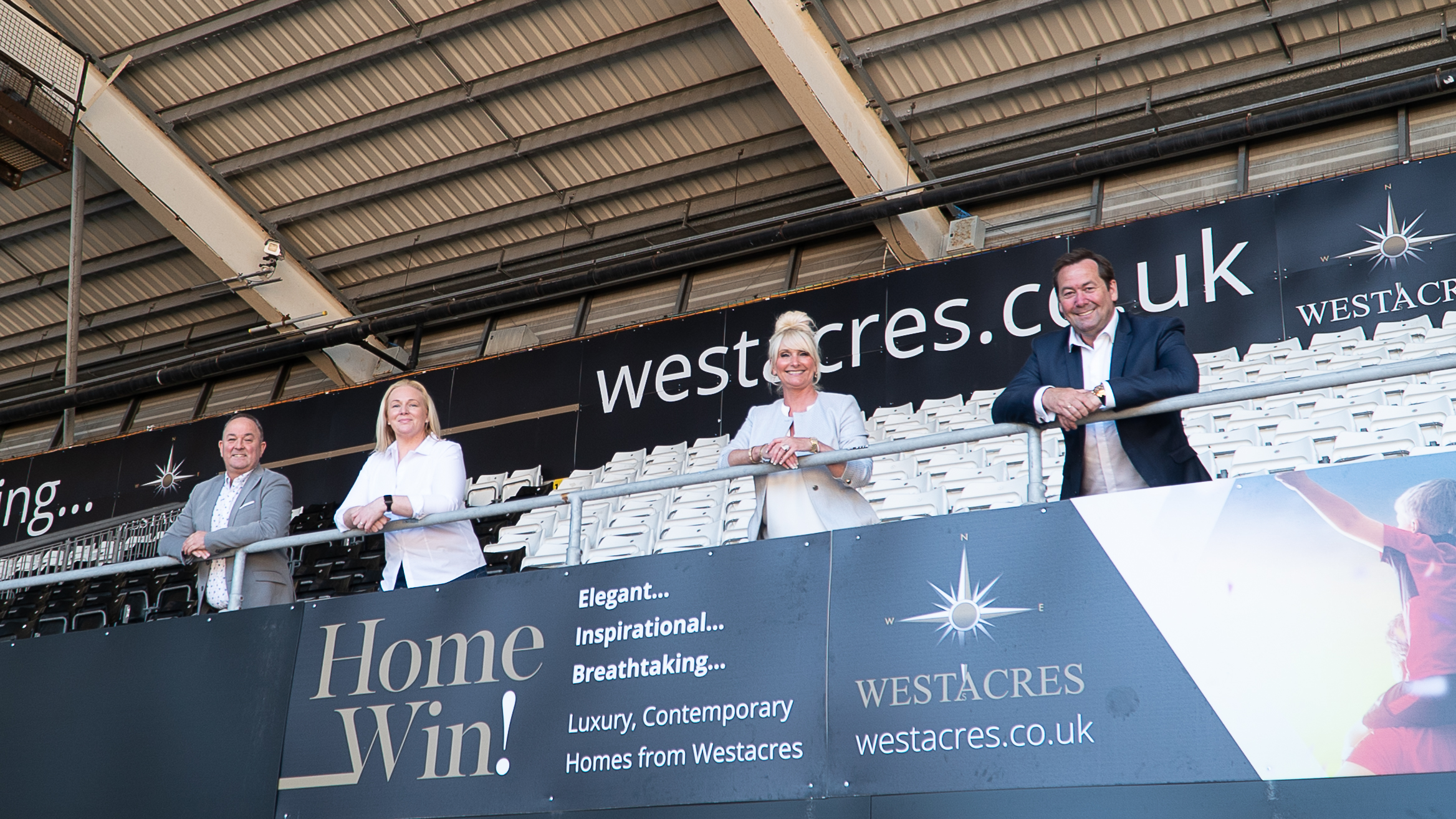 Swansea City announce Westacres as Official Back of Shirt Sponsor

Swansea City is delighted to announce Westacres as the club’s Official Back of Shirt Sponsor for the 2021-22 season.

The sponsorship means that the logos on the back of shirt will be exactly the same in terms of retail sales, meaning supporters who purchase a Swans shirt will have the same as those worn by players during first-team games.

The prestigious residential property development company based in South Wales took on sponsorship of the Liberty Stadium’s North Stand for four years back in December 2020.

And Westacres – who also sponsored the club’s Goal of the Month content last season - will now sponsor the South Stand at the Liberty until the 2023-24 season.

“We are delighted that Westacres will be our Official Back of Shirt Sponsor for next season,” said Swansea City’s head of commercial, Rebecca Edwards-Symmons.

“They are a prestigious local company who continue to grow exponentially year on year. Last season’s sponsorship was really positive and we are thrilled that they will be backing the club again during the course of the 2021-22 season.

Ian Morgan, Managing Director of Westacres added: “As a local based company we are extremely excited to further strengthen our already strong relationship with Swansea City by adding the South Stand to the North Stand sponsorship, which will no doubt look fantastic in the stadium.

“In addition, we are also thrilled to be Official Back of Shirt Sponsor for the home and away kits during such a special season. It is something Tonia (Morgan) and I are extremely proud of, being avid Swans supporters. We are fully committed to supporting our local community and we are really looking forward to the coming season.

“I’d also like to add how impressed we have both been with the commercial team at the club; they have always done their utmost to make us feel both very welcome and truly valued as a partner.”