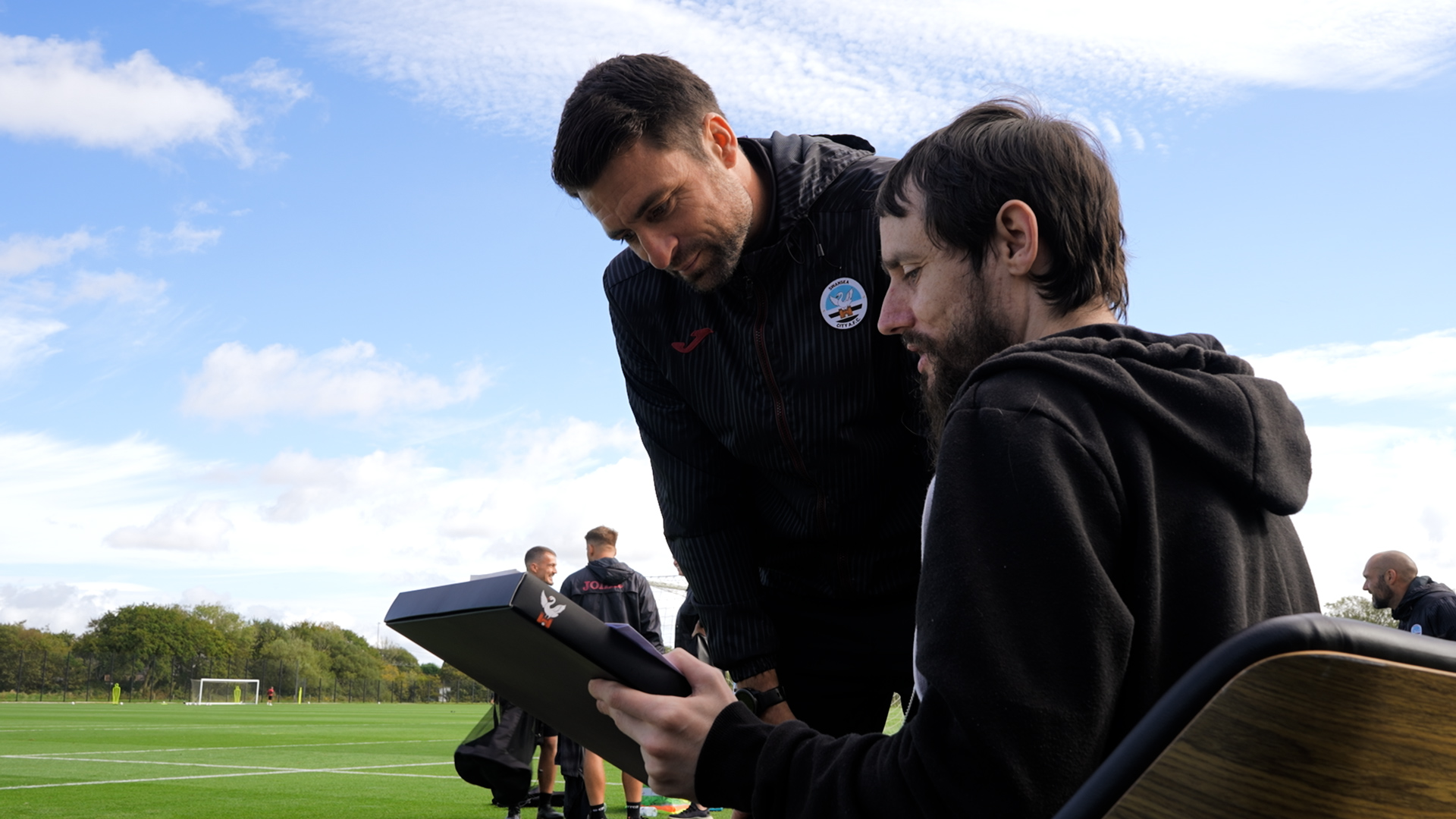 Swansea City fan given huge surprise for ‘Do One Thing’ campaign

A Swansea City fan was given a once in a lifetime opportunity this week as part of the EFL’s ‘Do One Thing’ campaign.

The EFL and its clubs have come together with charity partner, Mind, to collectively recognise World Mental Health Day which takes place today (October 10).

Across the week, EFL Clubs will ‘Do One Thing’ as an act of kindness to someone deserving within their local communities with Mind campaigning that if we all do one thing to fight for mental health, we can change everything.

Ashley Thomas, who suffers with mental health difficulties and has spoken openly via social media about his struggles, was invited to watch the first-team squad train at the club’s Fairwood base last week.

After watching the entirety of the training session, Ashley was further surprised as head coach Russell Martin presented him with a signed shirt and two tickets for the upcoming Championship game against Cardiff City on October 17.

Ashley also works tirelessly to raise awareness and has recently been attending drop-in sessions at the Swansea.com Stadium in conjunction with the Jac Lewis Foundation.

“The whole day took my breath away,” he said. “When the club called to invite me to watch training I was just lost for words.

“I was made to feel so welcome by everyone and that is indicative of what our football club is all about. We are a family, and the club cares a lot about the community and its supporters.

“I have battled with mental illness for years and this experience was a breath of fresh air, being able to watch the players train in person and meet the manager too.

“Russell and the players were so kind and I will never forget that. From the bottom of my heart I want to thank Swansea City for what they have done – it means absolutely everything to me.”