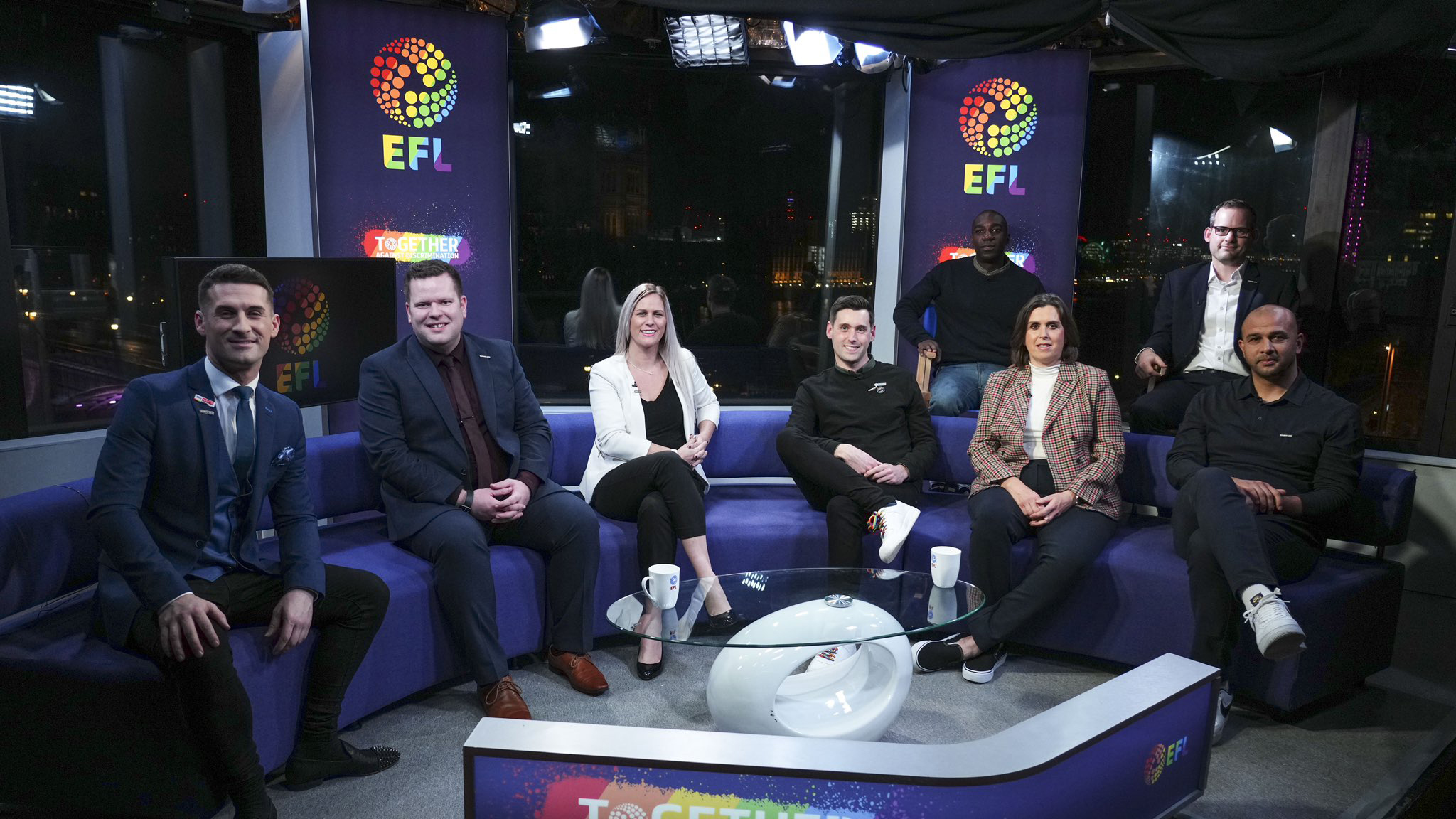 Swansea City was proud to take part in the EFL’s first ever LGBTQ+ fans forum which took place earlier this week.

Today (December 8) marks the official Rainbow Laces day, which seeks to bring visibility for LGBTQ+ people in sport and raise awareness around experiences.

Swansea City is a proud supporter of this initiative and as part of the campaign to raise awareness, Swansea City’s head of fan engagement, Catherine Thomas, took part in the first ever EFL LGBTQ+ fans forum on Monday (December 6). Catherine formed part of a panel and was joined by EFL representatives and fellow clubs’ supporter groups.

The event was hosted by Sky Sports presenter Mark McAdam, and followed a question and answer format. Catherine was invited to talk about the activations which the Swans will be undertaking this weekend for the Championship fixture against Nottingham Forest, which is the club’s designated Rainbow Laces fixture.

During the event, Catherine also spoke about the clubs plans to launch its first ever pride merchandise range this Saturday.

“We have collaborated on our pride range with our supporter group, the Proud Swans,” said Catherine Thomas.

“The club were initially asked at a fans’ forum event last season whether something like this was possible. We were delighted to be able to work together on this range, which we know means so much to our LGBTQ+ supporters.”

Carys Ingram, co-chair of the Proud Swans supporter group added: “The LGBTQ+ fans’ forum held as part of the EFL's contribution to the Rainbow Laces campaign was of extreme importance.

“As fans, we can only do so much so in order for us to establish big changes in our game it takes an event of this calibre to get the ball rolling.

“It was so inspiring listening and using the chat function to speak with so many inspiring individuals across the country, who are all rivals on the pitch but have one united message off it.

“The Proud Swans were delighted to see Catherine as a panellist for this event, as we think it speaks volumes of her character. Catherine is so passionate about making change in the game and has been the biggest ally for us through our journey.

“We would not be where we are without her and the club allowing us to educate, and be visible in what we want to achieve.”