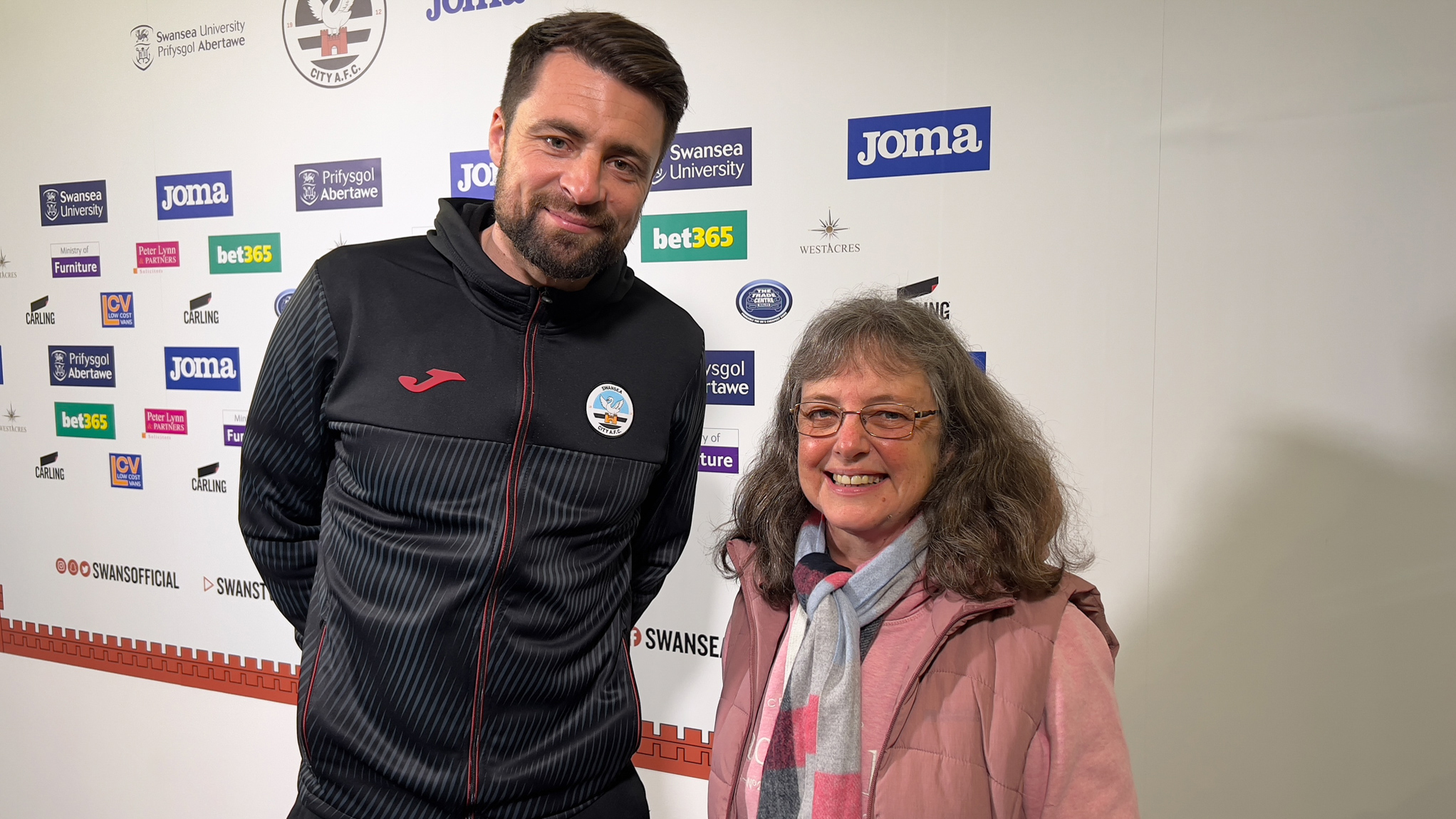 Swansea City Disabled Supporters' Association (DSA) secretary Cath Dyer has been nominated for the EFL Supporter of the Year award.

The three nominees also include Mark Crowther from Luton Town and Sue Taylor from Burton Albion, with all three being recognised for going above and beyond for their respective clubs throughout the 2021-22 season.

All nominated supporters will be in attendance at the EFL Awards evening which will be held at the Grosvenor in London on April 25. The winner of the award will be unveiled as part of the evening’s proceedings.

Cath – who won the Football Supporter Association's Jacqui Forster Memorial Award in February – has been nominated for the award for her sterling and tireless work in helping to establish and promote the club’s DSA.

She has been instrumental in making the DSA an active and vibrant part of the Jack Army, with regular meet ups and events. During the pandemic, she regularly checked in with supporters who had been isolated by Covid-19 and helped create food hampers for the members.

Over the years, she has also worked with the club to create a ‘quiet hour’ in the club shop and helped implement a sensory room at the stadium.

In the past year, she has also supported other fans who are looking to launch disabled supporter groups at their respective clubs and created a monthly meetup for DSA members up and down the country to share ideas and best practice, so that football as a whole can become more inclusive.

“I feel honoured and very grateful to have been nominated,” she said.

“I’m completely shocked and overwhelmed to be honest. It’s lovely to be recognised. When I was told, I was beaming and I had tears in my eyes. I just feel so proud, humbled and honoured.

“I’m not an airs an graces kind of person and it just means a lot to me that I’ve been nominated like this, but to me the most important thing is caring and listening and trying to help people.

“I can understand the loneliness people feel. Some of our members lost loved ones and it’s just a case of being there, supporting them, but the most important part for me is to care.

“It’s about caring for our members and one of our older members once said to me ‘Cath I love the DSA, we’re like one big happy family’ and that hit home to me because yes, they’re DSA members, but they’re friends too.

“The pleasure on people’s faces when they attend out events makes it all worthwhile.”