As we revealed a few days ago, Swansea City have another famous fan in the form of Super Bowl winning NFL star Jon Ryan, who was cheering Steve Cooper's side on from his home in Los Angeles as football resumed last weekend.

Having discovered the Swans in 2010, the ex- Seattle Seahawks and Green Bay Packers punter is one of a number of notable people from a number of backgrounds who will be hoping Swansea City are successful in their play-off push in the coming weeks.

Here, we take a look at some famous members of the Jack Army.

One of Swansea’s most famous daughters, Catherine Zeta-Jones, supports her hometown club from afar along with her husband, Hollywood megastar, Michael Douglas.

Following the Swans’ 2-1 victory over Manchester United in August 2015, the actress paid her own tribute to the club by buying inflatable swans for the swimming pool in her New York home.

The couple woke up early on the day of the 85th Academy Awards in 2013 to watch the Swans win their first major trophy in the club’s history in the League Cup Final at Wembley and expressed their delight at the victory on the red carpet.

Haverfordwest-born comedian and actor Elis James can regularly be seen at the Liberty or in the away end of Championship grounds with the travelling Jacks.

James has an extensive collection of retro Swansea City shirts which he wore whilst filming BBC Three sitcom Josh. In 2010, James claimed that the worst thing about being a comedian is that the timing of his live shows often clash with Swansea City matches.

The Welshman hosts the BBC podcast Elis James’ Feast of Football with former Welsh internationals Iwan Roberts and Danny Gabbidon, where he can often be found talking about the Swans.

The Swans were in royal company in February 2015 as Prince Albert of Monaco was a VIP guest as the Swans hosted Sunderland at the Liberty. During his short trip to Wales, Prince Albert was also spotted in a Mumbles bar sporting a Swansea City scarf.

The 1-1 stalemate wasn’t the Prince’s first experience of football in SA1 as the son of Hollywood icon Grace Kelly and Prince Rainier had formerly sat in the director’s box at the Vetch Field with the Swans falling to a narrow 2-1 defeat to Monaco in a European Cup Winners’ Cup tie in 1991.

Just days after winning the Ryder Cup in Chicago in 2012, Spanish golf star Sergio Garcia swung into Swansea where he watched Michael Laudrup’s side train at Llandarcy before witnessing a 2-2 draw against Reading at the Liberty.

During the training session, Garcia was introduced to the squad and posed for pictures with the golf fans of the team. Garcia also claimed that he watched Swans matches on television from his home in the United States where possible.

A regular at the Liberty, UFC fighter Brett Johns has a love affair with the Swans that has stretched back many years.

The former two-time World champion is a Swansea City season ticket holder and has built up a close friendship with the likes of Swans defender Joe Rodon and former striker Oli McBurnie.

The trio were together in the away end at Cardiff City Stadium earlier this season for the South Wales Derby before Johns flew to North Carolina for training, where he was pictured training in his Swans shirt.

Former professional boxer Enzo Maccarinelli is another fighter who can be found in the terraces at the Liberty Stadium. The former world cruiserweight champion has supported the Swans for many years and was involved in the club’s kit launch for the 2018-19 season.

Welsh Hollywood actor Michael Sheen has supported his hometown club since childhood and claimed he would wear his Swansea City shirt with pride as a 12-year-old. During a family holiday, Sheen was offered a trial by Arsenal after being spotted by the father of ex-Arsenal star Tony Adams whilst wearing a Swans kit which earned him the nickname ‘Swansea’.

Sheen, who famously starred as Brian Clough in the hit film The Damned United¸ has supported the Swansea City Community Trust in recent years, attending the charity’s annual celebration event.

NBA superstar Dirk Nowitzki declared his support for the Liberty club after his brother-in-law, Martin Olsson, joined the side in 2017. Nowitzki’s wife Jessica is the older sister of former Swans left-back Olsson and his identical twin Marcus.

A keen supporter of British football, the 7ft former Dallas Mavericks star often voiced his support for the club and also took to Twitter to post a picture of him cheering on Paul Clement’s side wearing his Swans shirt.

Swansea-born boxer Jay Harris has been a Swans fan from a young age and received a huge Jack Army reception when he was paraded on the Liberty Stadium pitch before this season's Championship clash against Wigan. Harris, who has held the Commonwealth flyweight title since 2017 and the European flyweight title since 2019, started going to the Vetch Field at the age of eight and fondly remembers Lee Trundle's famous shoulder roll with the ball. The 29-year-old proudly displayed the Swans logo on his shorts in his fight for the WBC World Flyweight title in February.

Actor Henry Thomas, who famously played Elliott in Steven Spielberg’s 1982 film E.T. the Extra-Terrestrial has posted pictures on his Instagram account wearing his Swans colours to cheer on the club. The Gangs of New York star, who has Welsh roots, referred to himself as a Stateside Jack and is keen to watch a match at the Liberty in his next trip to Wales.

Despite his portrayal as a Cardiff City fan on popular BBC show Gavin and Stacey, Steffan Rhodri who plays ‘Dave Coaches’ on the show can often be seen at the Liberty or at away games. Rhodri, who hails from Morriston, grew up watching the Swans and was a regular visitor to the Vetch Field during the golden era under John Toshack.

Rob Brydon who plays ‘Uncle Bryn’ on Gavin and Stacey has also been known to show his support for Swansea City. The Baglan-born actor and comedian cheered on the Swans from the Vetch Field as a youngster. Brydon expressed his support for his hometown club by sending the squad a good luck message ahead of the 2011 Championship play-offs.

Meanwhile, Melanie Walters who played 'Gwen' in the comedy is also a member of the Jack Army and was present at the film premiere of Jack to a King in 2014.

Welsh actor Ioan Gruffudd supported the Swans whilst growing up in Aberdare and described Bob Latchford and Leighton James as his childhood ‘heroes’. The Titanic actor posted a picture of himself as a child wearing a 1981-82 season Swansea City kit holding a Swansea City bag.

Welsh singer and comedian, Max Boyce, has long been affiliated with Swansea City, with his song ‘Hymns and Arias’ becoming synonymous with the club. Having already performed at the Vetch, Boyce was asked to perform the song at the Liberty for the Swans’ first home Premier League match in 2011 and the Glynneath entertainer unveiled a special version of the song for the occasion.

American actor David Hasselhoff started supporting the club in recent years following his marriage to his Glynneath-born wife. Since then, the former Baywatch actor has attended matches at the Liberty Stadium and the 2013 League Cup Final at Wembley and has posted support for the team on social media. 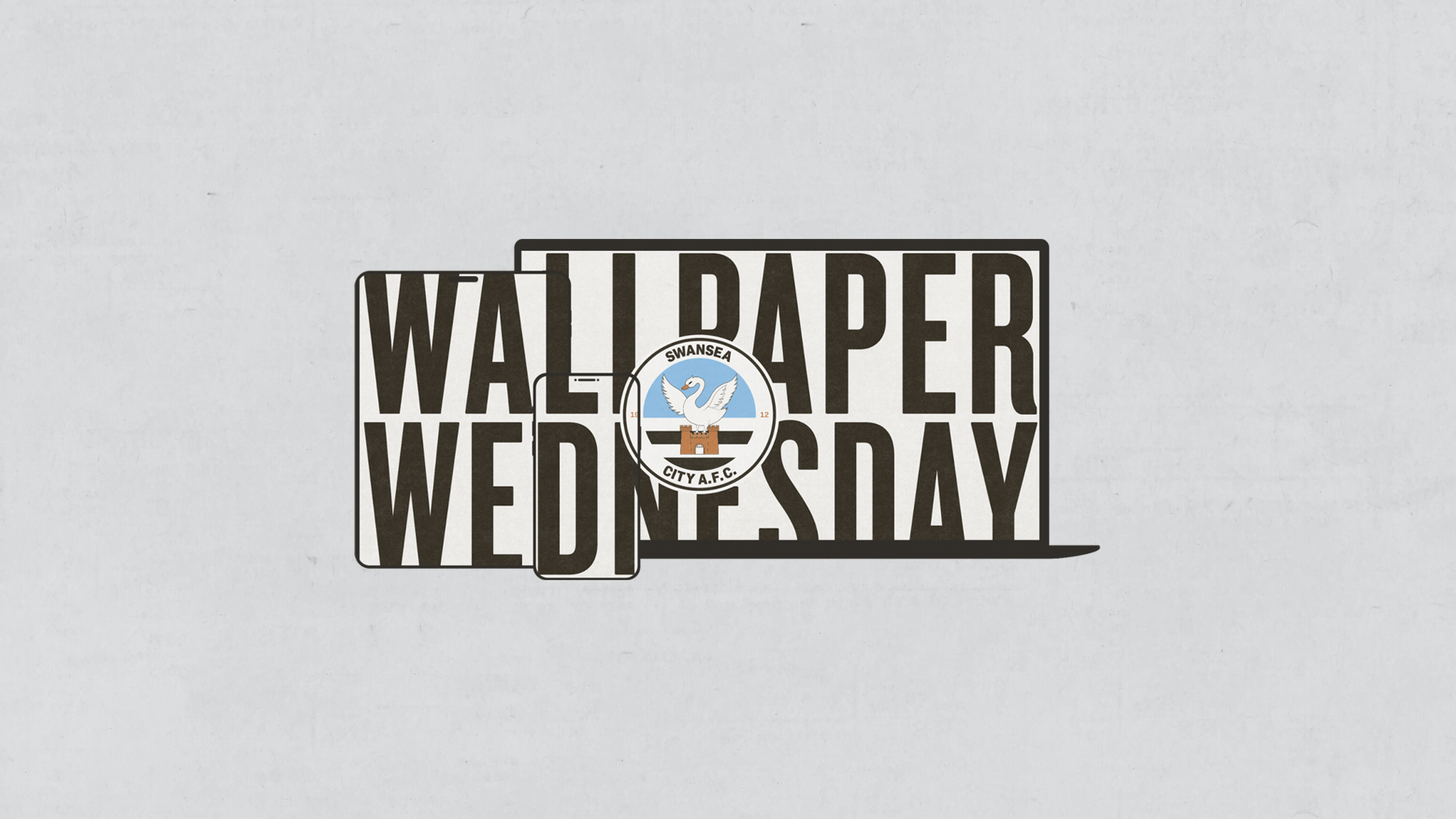