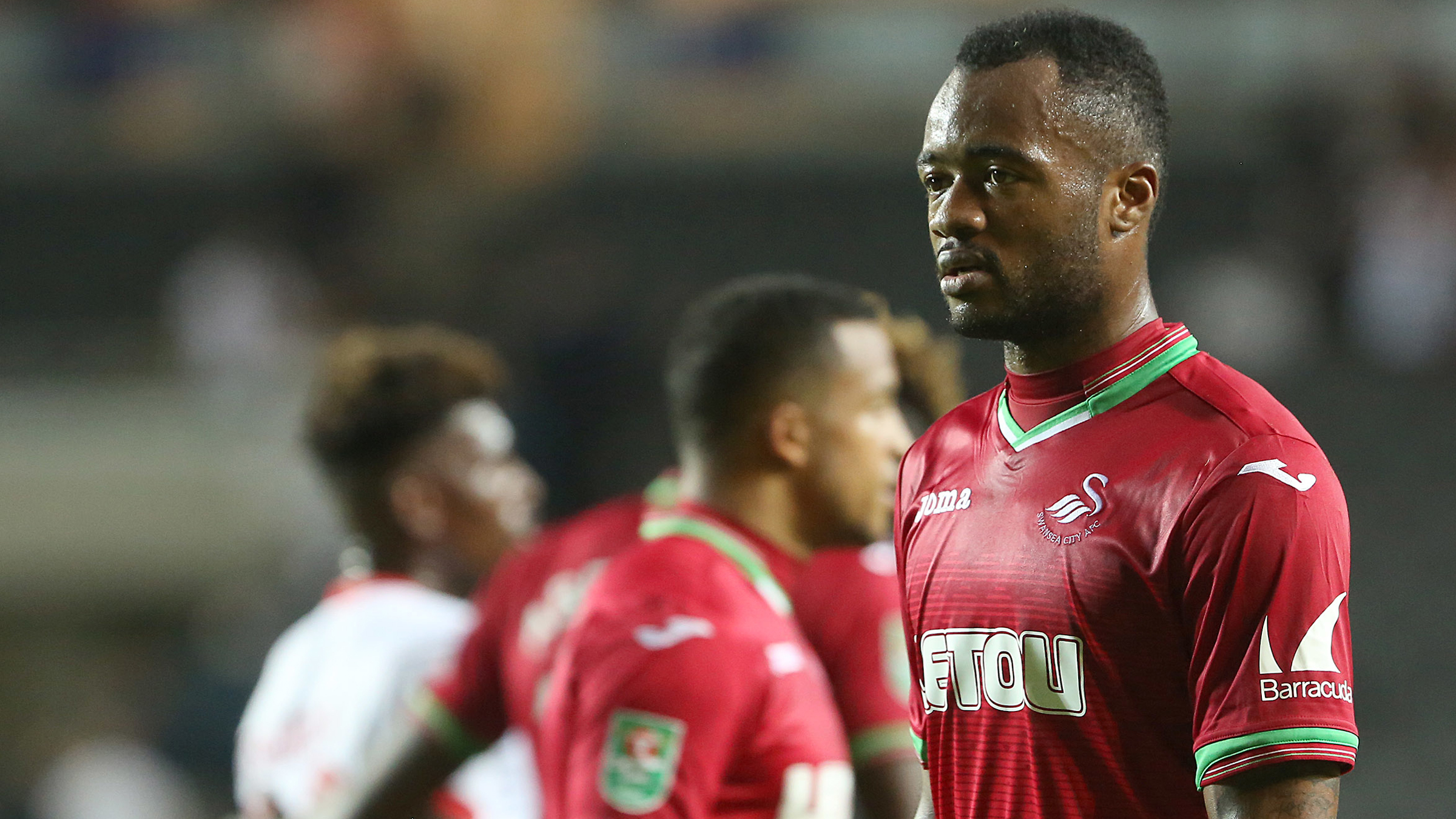 Ahead of Swansea City’s trip to Crystal Palace, the official website has teamed up with football stats experts WhoScored.com to preview the Premier League fixture.

The Swans will be keen to make amends following defeat to Manchester United last weekend and the trip to Palace couldn’t be a better opportunity for Paul Clement’s side.

Frank de Boer has made a slow start to life in the Premier League having overseen successive top-flight defeats to Huddersfield and Liverpool and their task to haul themselves up the table doesn’t get any easier with the welcome of Swansea.

While the Eagles can look to home advantage in their pursuit of victory, Palace have won only one of their last six competitive meetings with Swansea at Selhurst Park, losing four.

The south London outfit have also lost six of their last seven home Premier League matches, which does not bode well ahead of a Swansea side looking to secure their first league win of the season.

Clement’s side come into this fixture on the back of a resounding 4-1 win over MK Dons in the Carabao Cup in midweek, which will have boosted morale ahead of their trip to the capital, with key attacker Jordan Ayew getting himself on the scoresheet late on.

The Ghanaian gained a better WhoScored.com rating (7.49) than any other Swansea player in last week’s loss to Manchester United and was far and away their brightest spark in the final third.

His trickery on the ball will be essential for Swansea on Saturday, with Ayew boasting a statistically-calculated WhoScored.com strength of ‘dribbling’.

The 25-year-old has a knack for pulling to wide areas to hurt opponents and is an effective attacking outlet through the middle, though it’s the former approach that may be Swansea’s strongest point of attack at Selhurst Park.

Palace have developed statistically-calculated WhoScored.com weaknesses of ‘defending against attacks down the wings’ and ‘defending against skillful players’, which further increases Ayew’s importance in the final third for the south Wales outfit this weekend.

If he can be picked out in dangerous positions between the lines, then Swansea’s chances of coming away from Selhurst Park with another victory increases significantly.

Standing between Ayew and Swansea’s chances of all the spoils, however, is expected to be young defender Jairo Riedewald. The Dutchman may be a doubt for the welcome of the Swans due to growing pains, but the centre-back is set to recover in time for Saturday’s clash and his defensive influence is essential in keeping Ayew at bay.

The former Ajax man may have struggled on his Premier League debut against Huddersfield, but once he finds his feet in England, Riedewald will be a solid defender for Palace in their bid to stave off relegation once more.

However, Ayew has the chance to inflict further damage upon the Eagles this weekend and if he performs at his best, then Swansea can maintain their dominance over Palace and get their campaign up and running.

Swans supporters can pay on the day at Selhurst Park via the Visitors Box Office at entrance four, which opens at 12.30pm. Cash only.

*Calls cost 7p per minute plus your standard network rate.

Please note, Network Rail will be carrying out improvement work on the railway from Swansea to London – trains will still be running, however, they will be diverted on route. Fans should plan their journey at GWR.com before travelling.