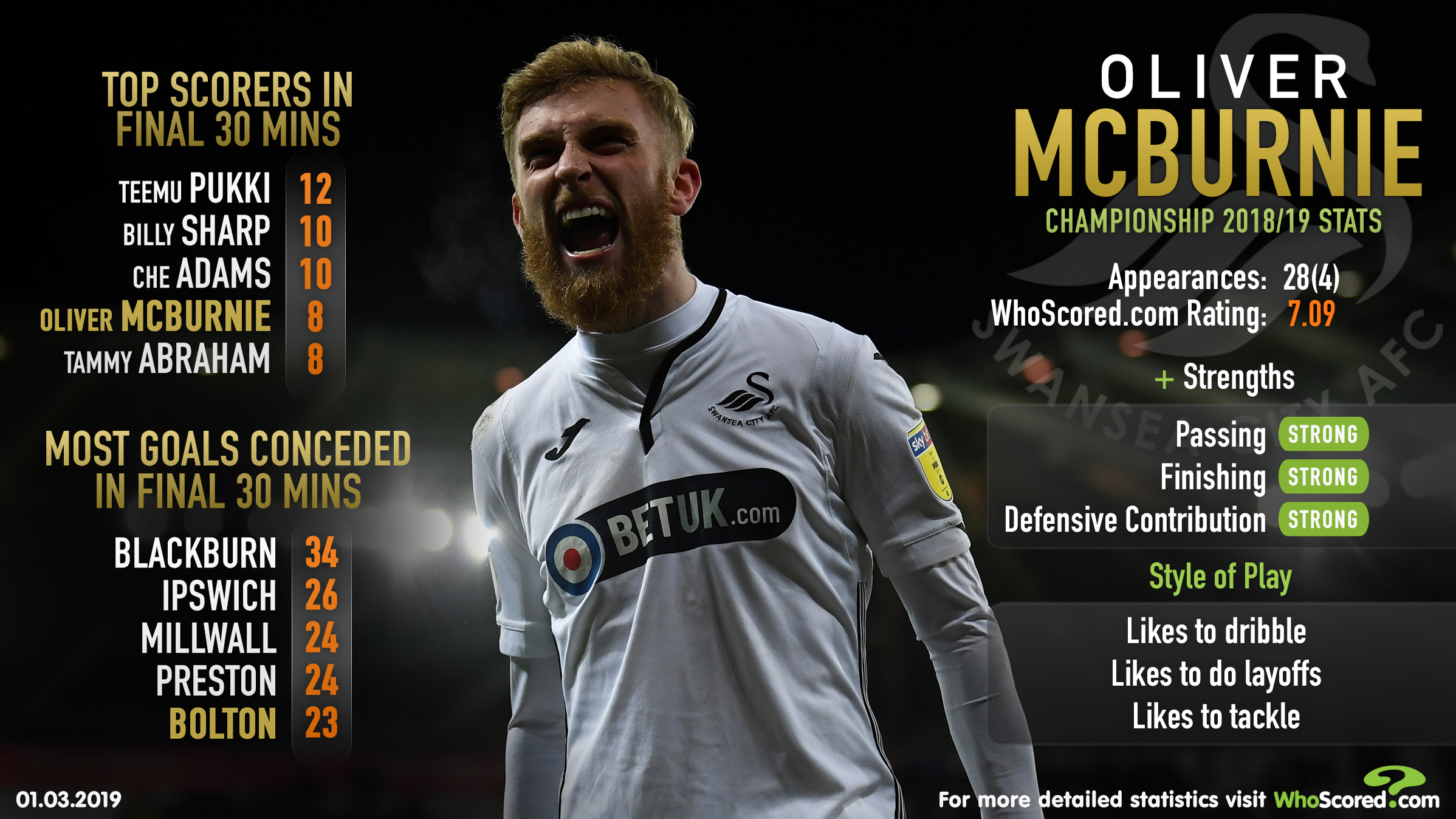 Swansea will be out to avenge last weekend’s defeat to Sheffield Wednesday when they welcome relegation battlers Bolton.

The Wanderers start the weekend second from bottom in the Championship but they have actually picked up exactly half of their points haul away from home.

Swansea, however, have picked up the majority of their points on home soil this season and are unbeaten in their last four league games at the Liberty Stadium.

Last weekend’s defeat to Wednesday was bitterly disappointing but the Swans do still have the attacking threat of striker Oli McBurnie to call upon as they look to turn things around.

McBurnie has scored 14 league goals this season and has netted eight times in nine in matches in all competitions.

The 22-year-old will be confident of adding to his tally against Bolton, as only two sides have conceded more goals than the Wanderers in the Championship this season (53).

McBurnie will be chomping at the bit, especially as Swansea return to home soil this weekend. The Scotland international’s WhoScored.com rating increases from 6.91 away from home to 7.28 in matches at home this season.

His overall WhoScored.com rating is 7.09, which ranks top of all Swansea players in the Championship this season. Furthermore, he has won the WhoScored.com Man of the Match award on three occasions this season, more than any of his team-mates.

While Swansea will expect three points on Saturday, the match may develop into a war of attrition and McBurnie, in particular, will have to be patient for his chances.

Bolton, however, tend to fade towards the end of matches and Swansea should look to inflict damage then.

Phil Parkinson’s side have conceded 43.4% of their goals in the last 30 minutes of Championship games this season, while McBurnie has scored half of his league tally in the same time period (7/14).

Swansea won the reverse fixture 1-0 and another victory over Bolton on Saturday could grant them a place as high as 10th, depending on other results.