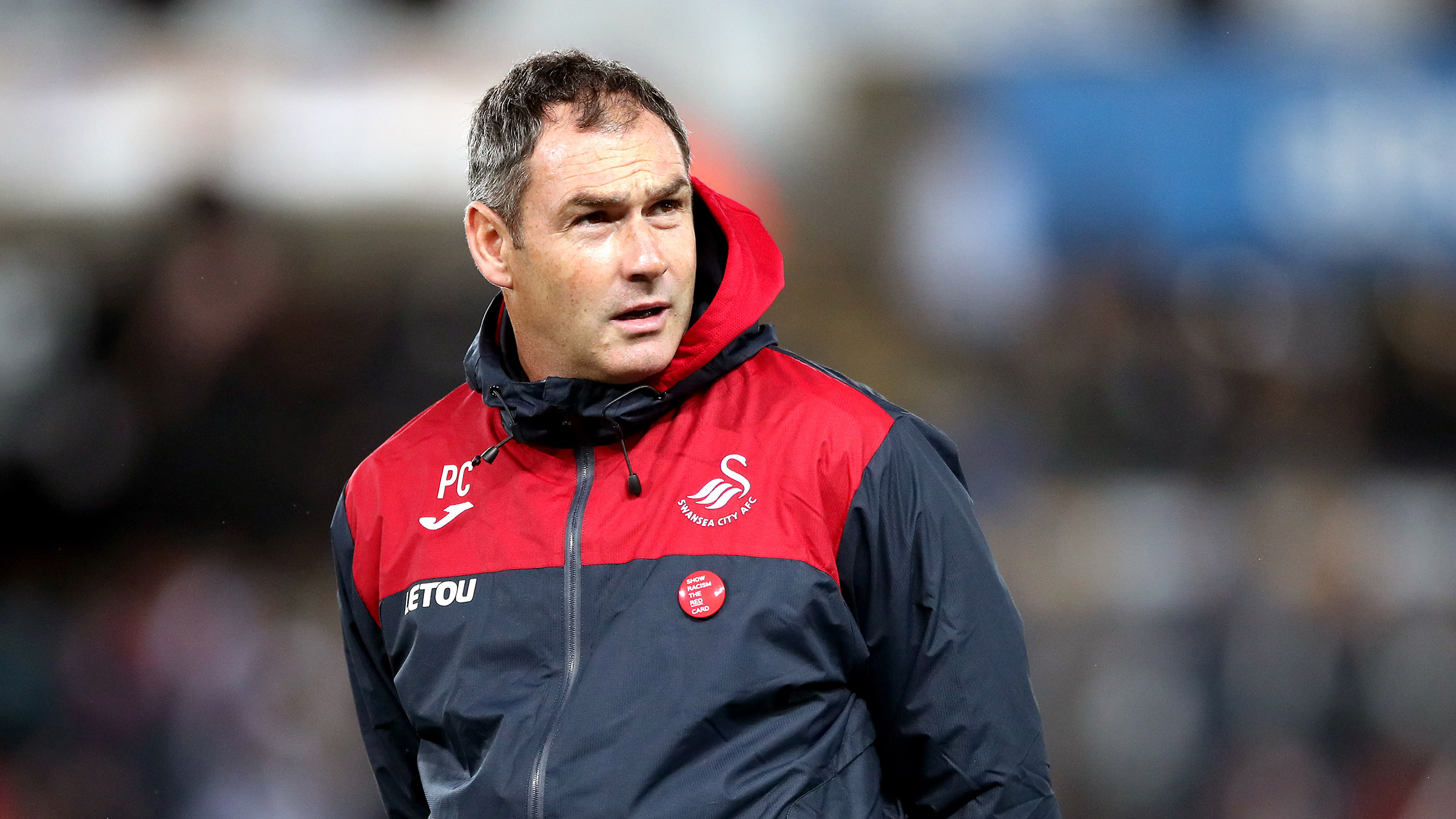 Paul Clement urged Swansea City to dig deep and keep on fighting after they were knocked out of the Carabao Cup by Manchester United.

The Swans kept on plugging away throughout, and United keeper Sergio Romero was forced to make saves in the final quarter to deny Tammy Abraham and Leroy Fer.

But in truth United were comfortable victors thanks to Lingard’s 21st-minute opener and a fine second just before the hour.

“We just have to believe that a good result and a good performance are around the corner,” Clement said.

“The performance was slightly better today but the result did not follow.

“We have got to show perseverance and determination to keep going through this difficult time we are having.”

United’s triumph means the Swans have been beaten in five of their six home games to date this season.

Their form has been better on the road, and Clement will hope that continues when his team go to Arsenal this weekend.

Clement retained only three members of the XI which began against Leicester last Saturday, while Mourinho made seven alterations following United’s defeat at Huddersfield.

With the likes of Lingard, Marcus Rashford and Anthony Martial prominent in attack, it was United’s reshuffled line-up who booked their place in the last eight of the League Cup.

“You are always disappointed when you lose a game,” Clement added.

“We played better than we have been recently, but Manchester United deserved to win the game, no question about that.

“We created a decent number of chances but nothing really clear-cut until Fer right at the end.

“The nature of their goals was a little bit disappointing. We gave the ball away in a dangerous position for the first one.

“Then it opens up because they have good movement and good athletic runners. There was a nice little ball around the corner and a good finish.

“Then the second one was a throw-in. I felt they got out of it too early and the early cross caught out our two centre-backs.

“They had that extra bit of quality and they deserve to go through.”

Clement was frustrated with his team’s failure to stay in the contest.

“It’s always going to be difficult when you are playing Manchester United – they have a really good 11 and quality on the bench,” he continued.

“But we would have liked it to be tighter for longer. At 1-0 at half-time, we felt we could come back in the second half, but after the second goal they were in total control.”