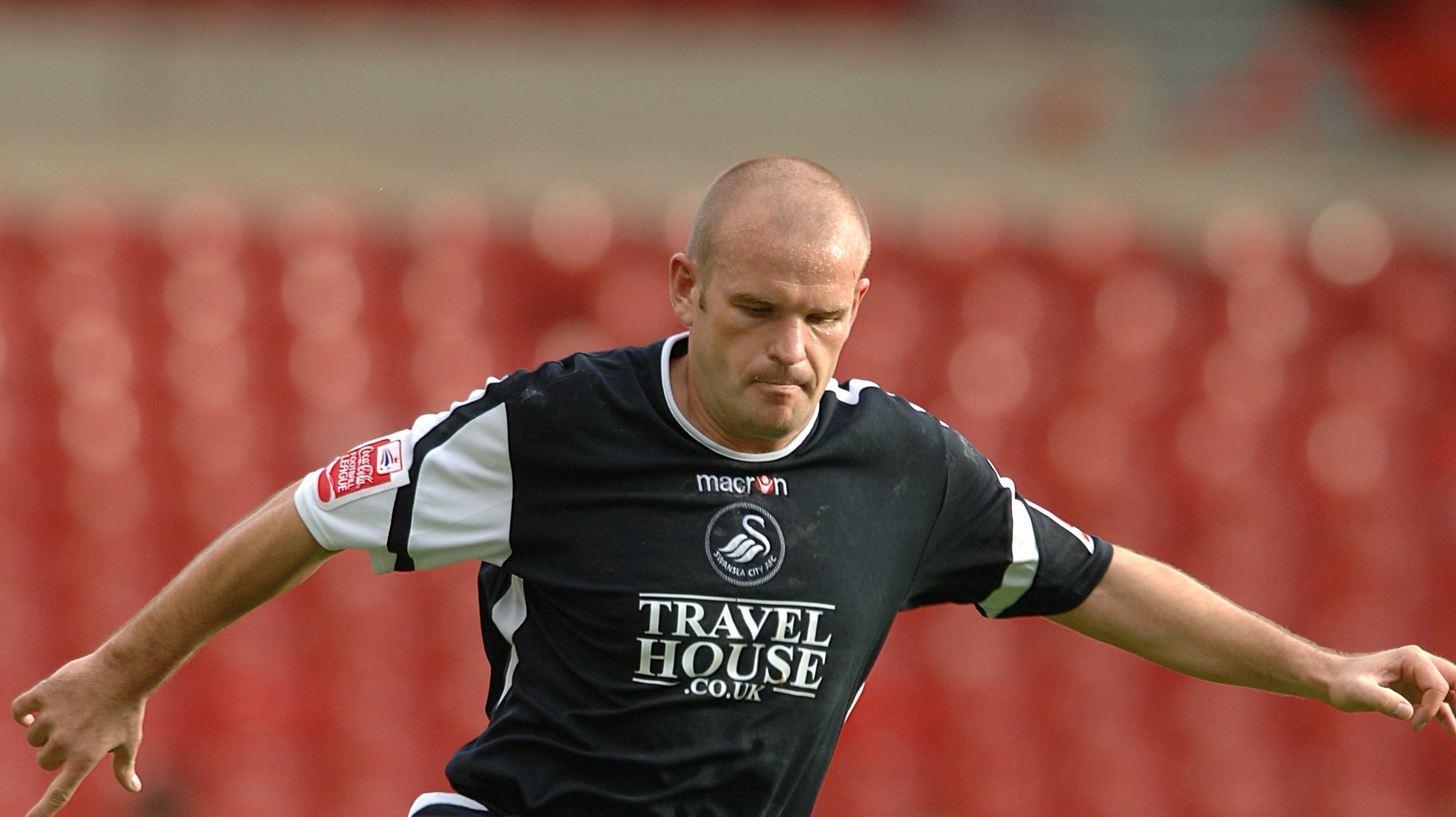 Trundle and Robinson to star in Tate testimonial

Tate’s Swans Legends side will take on a Manchester United Legends XI on Wednesday, August 9 (7pm).

And the Swans line-up will feature two of the attacking stars of Tate’s time at the club, Lee Trundle and Andy Robinson.

Trundle will bring goalscoring prowess as well as his trademark box of tricks to the Swans frontline.

And joining the Swans’ club ambassador will be his old mate and fellow Merseysider Robinson, who played his part in the climb from League Two to the Premier League.

Robinson had been playing non-league football when Brian Flynn brought him to Wales – initially on trial – back in 2003.

The Birkenhead-born attacking midfielder would spend five years a Swan, scoring 54 goals in 226 appearances before leaving for Leeds United.

Robinson was part of the Swans team who won promotion in the final year at Vetch Field, and was also a key figure in the 2007-08 League One title success under Roberto Martinez.

Trundle and Robinson join Roger Freeestone, John Williams, Leon Britton, Angel Rangel, Adrian Forbes and James Thomas in agreeing to play for the Swans side being assembled by Tate.

The United line-up is being put together by former Red Devils midfielder Darren Fletcher, who grew up alongside Tate in the Old Trafford youth ranks.