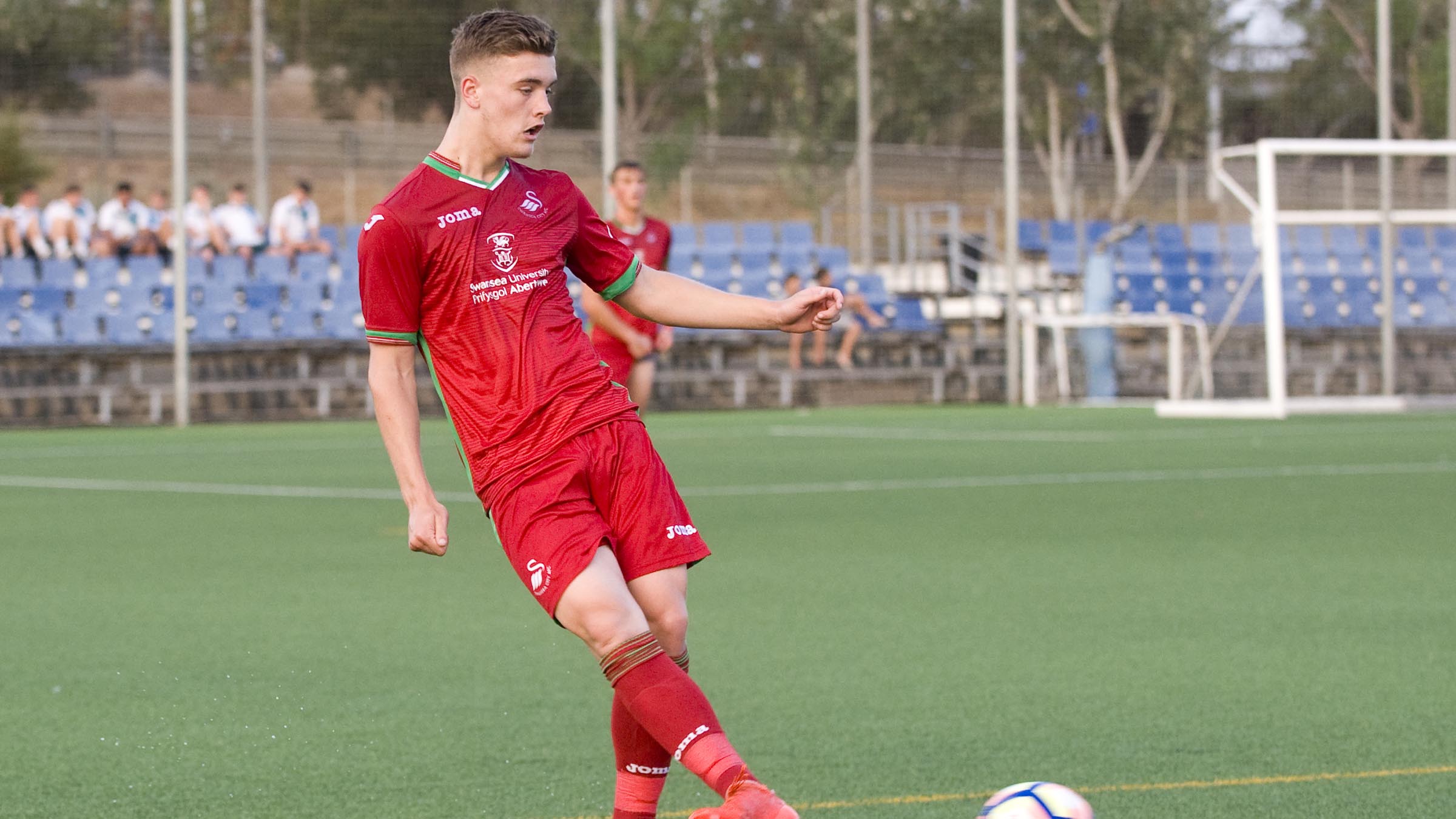 Swansea City Under-18s climbed to third in the Premier League South table with a superb 3-2 victory against Aston Villa in snowy conditions at Bodymoor Heath.

The academy side took the lead on 13 minutes as Daniel Williams’ corner found Cameron Evans to head home.

The young Swans, which included under-16 players Jacob Jones, Ryan Bevan and William Rickard in the squad, doubled their advantage on the half hour mark good possession allowed as striker Marc Walsh fire into the top corner from the edge of the area.

Swansea continue to dominate the play and could have added to their tally through Matthew Roberts before the break.

Villa halved the deficit from the penalty spot after an hour with Ben Guy on target to beat Nathan Shepperd.

But the under-18s restored their two goal advantage three minutes later with a fine individual effort from Jack Fox to beat Emmanuel Idem to make it 3-1.

Charlie Farr found the net once again for the home side, but Swansea continued to control the game in the wintery conditions until the final whistle to record their seventh win of the season.

The victory lifts the under-18s to third in the Premier League South table, their highest position this season with West Ham next up at Landore on Saturday, February 3 (11am).

Dan Watts | We paid for not taking our chances

Swansea City Under-18s’ midfielder Dan Watts felt he and his team-mates paid the price for not making the most of their attacking opportunities in defeat to Cardiff City.

Swansea City Under-18s' coach Darren Davies felt there were plenty of positives to take from the manner in which his side showcased their playing identity despite the disappointment of defeat at Cardiff.

Check out the best of the action images as Swansea City Under-18s face their Cardiff City counterparts in the Professional Development League.

Watch all the key moments as Swansea City Under-18s make the journey to take on Cardiff City in the Professional Development League.