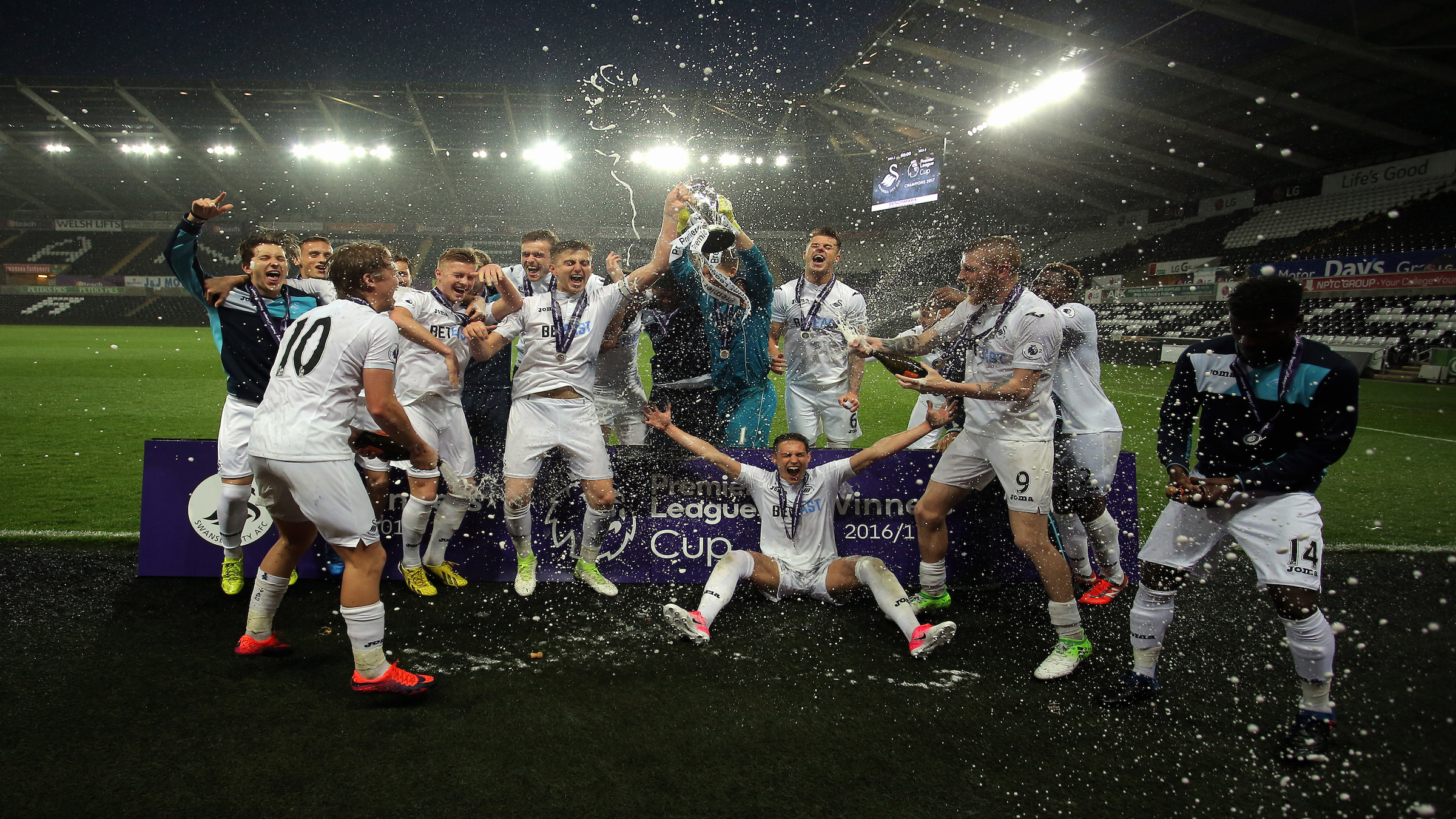 A goal in each half from midfielder Adam King ensured Swansea City ended their 2016-17 campaign as Premier League Cup champions with a 2-0 win against Reading at the Liberty Stadium.

The young Swans dominated large spells of the first half but took the lead minutes before the break as King headed home Daniel James' cross.

Both sides created chances in the second half but it was the Swans who would claim victory as McBurnie's ball found King, and he doubled the lead.

The victory ensures the young Swans completed an historic league and cup double with 31 wins across all competitions this season.

Gary Richards and Cameron Toshack named an unchanged side.

Gregor Zabret, who wracked up 11 clean sheets going into this game, continued in goal while Oli McBurnie, who's brace helped the side progress to the final, continued up front while fellow Scots Jay Fulton and Adam King started in midfield.

Swansea raced out of the blocks in an action-packed first half at a rain-soaked Liberty Stadium.

The home side applied plenty of early pressure in front of 2,000 Swans fans as Daniel James broke down the left wing before his low shot was saved by Reading keeper George Legg.

Minutes later, Legg was once again called into action, this time to acrobatically deny George Byers' curling 20-yard free-kick from creeping into the bottom corner.

The Swans continued to push for the first goal as a loose pass fell to James on the edge of the area before the Welsh teenager's driven shot was once again palmed away by Legg after 12 minutes.

Reading found their way into the game moments later as a counter attack saw Tyler Frost force a super save from Gregor Zabret before the Slovenian denied a follow up from Andrija Novakovich.

Oli McBurnie headed wide soon after before Adam King fired a vicious shot into the side netting. Further chances fell to McBurnie before Zabret saved a deflected Novakovich shot.

Swansea continued to attack and got their reward minutes before half-time as a superb cross from James found King at the far post, with his bullet header giving the Under-23s the lead at the break.

Swansea looked to double their advantage minutes after the restart as McBurnie weaved his way into the box, but he saw his shot harmlessly deflected into Legg's arms.

Reading's keeper pulled off another great save to deny a free-kick from Byers before King almost added to his tally but he could only fire the rebound across the face of goal.

The Royals slowly built themselves back into the game as Novakovich almost saw his deflected effort sail into the top corner.

The young Swans continued to search for a second goal but could not find a way through Reading's defence as McBurnie, James and King all saw their efforts blocked.

But the a second breakthrough eventually came as a series of good passes from James and McBurnie played King into the box, and he slotted home his second of the evening.

The Swans almost grabbed a third before the final whistle as Tyler Reid's cross from the right found McBurnie, but the striker could not keep his header down.

It did not matter as the final whistle confirmed victory with the young Swans crowned Premier League Cup champions at the Liberty.