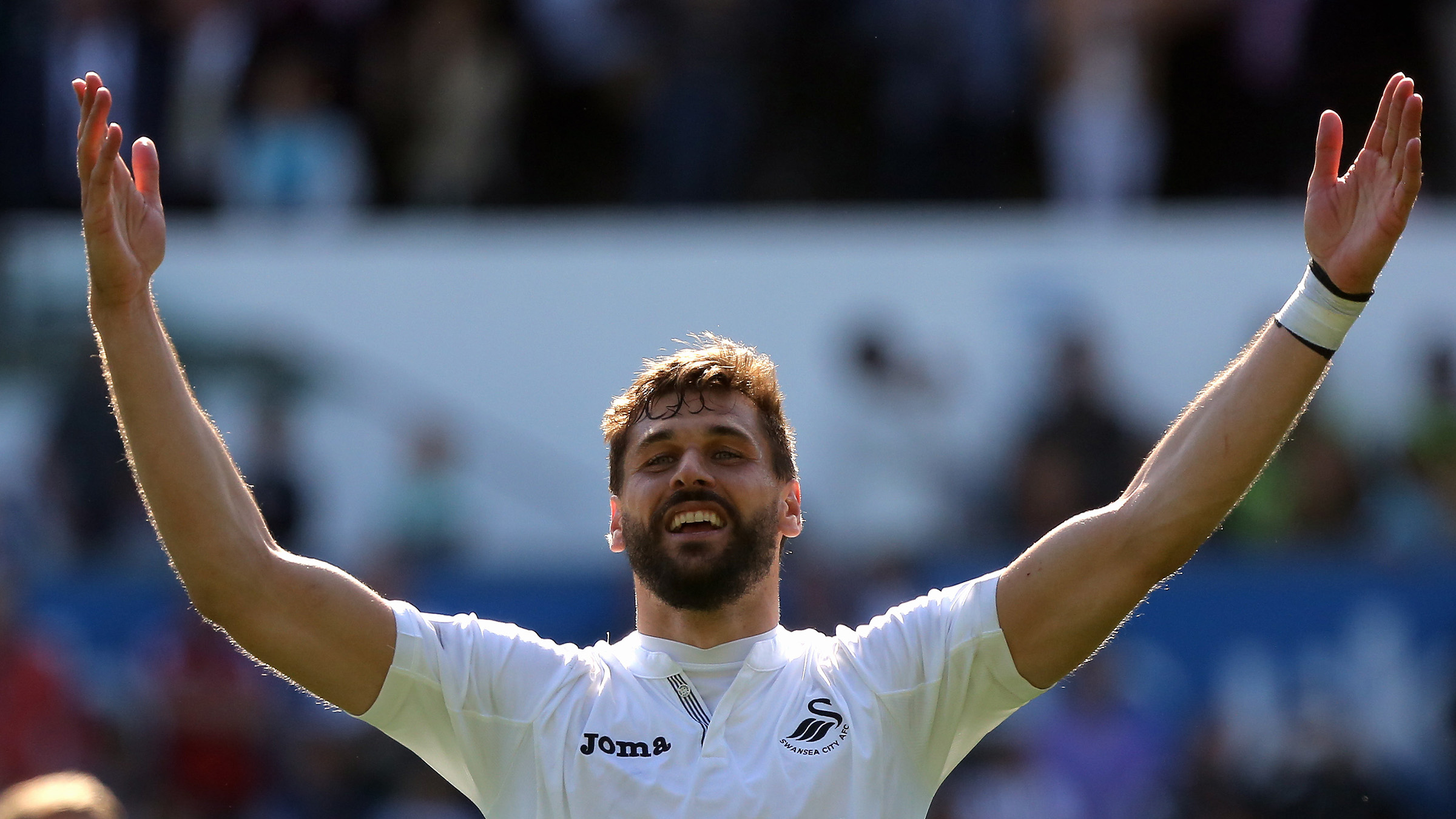 The Swans are looking forward to a seventh successive campaign as a top-flight club after a springtime surge saw them finish 15th in 2016-17.

Yet at the halfway stage of the season, the Swans looked destined to end up in the bottom three.

The Liberty club had just 12 points on the board from 19 league games when Clement was appointed at the beginning of January.

They then banked a whopping 29 points in the second half of a traumatic campaign to dodge the drop to the Championship.

And Llorente believes Clement deserves great credit for the impact he made after being parachuted in to take a charge of a struggling side.

“The job he has done is amazing,” the Spanish World Cup winner said. “When he arrived, the team was lacking confidence. The situation we were in was very difficult and we were all feeling down.

“But he worked us hard and he gave us a lot of confidence back. He deserves the success because he is a very good person and a very good manager.

“I am very happy for him, for the team, for the supporters and for this amazing club.”

Llorente’s own form picked up markedly after Clement left Bayern Munich to take charge at the Liberty.

Having scored a total of six goals under Francesco Guidolin and Bob Bradley – and struggled to hold down a first-team spot at times – Llorente became a fixture in Clement’s Swans side when fit.

He netted times in 16 starts under Clement, including four in the last five games of the season.

“I am very happy with my form,” Llorente added. “It was my first season in the Premier League. It is an amazing league – the atmosphere in all the stadiums is incredible.

“I want to thank our supporters for the support they have given me, and I am happy that my goals could help us stay in the league.

“Staying up is so important for all my team-mates. I think I could help them with my experience and they helped me score my goals.”

Llorente signed a two-year deal when he joined the Swans from Sevilla last summer, and has insisted he is content in Wales.

“I have a contract and I am happy, and now I will enjoy my holidays,” he said.

“I am very happy to finish the season the way we did. We played very well against West Brom. It was not easy – they scored the first goal and they are a very good team.

“But we continued to play well and the character of this team is amazing.

“We were in a very difficult situation this year but our performances in the last few weeks of the season were very good.”