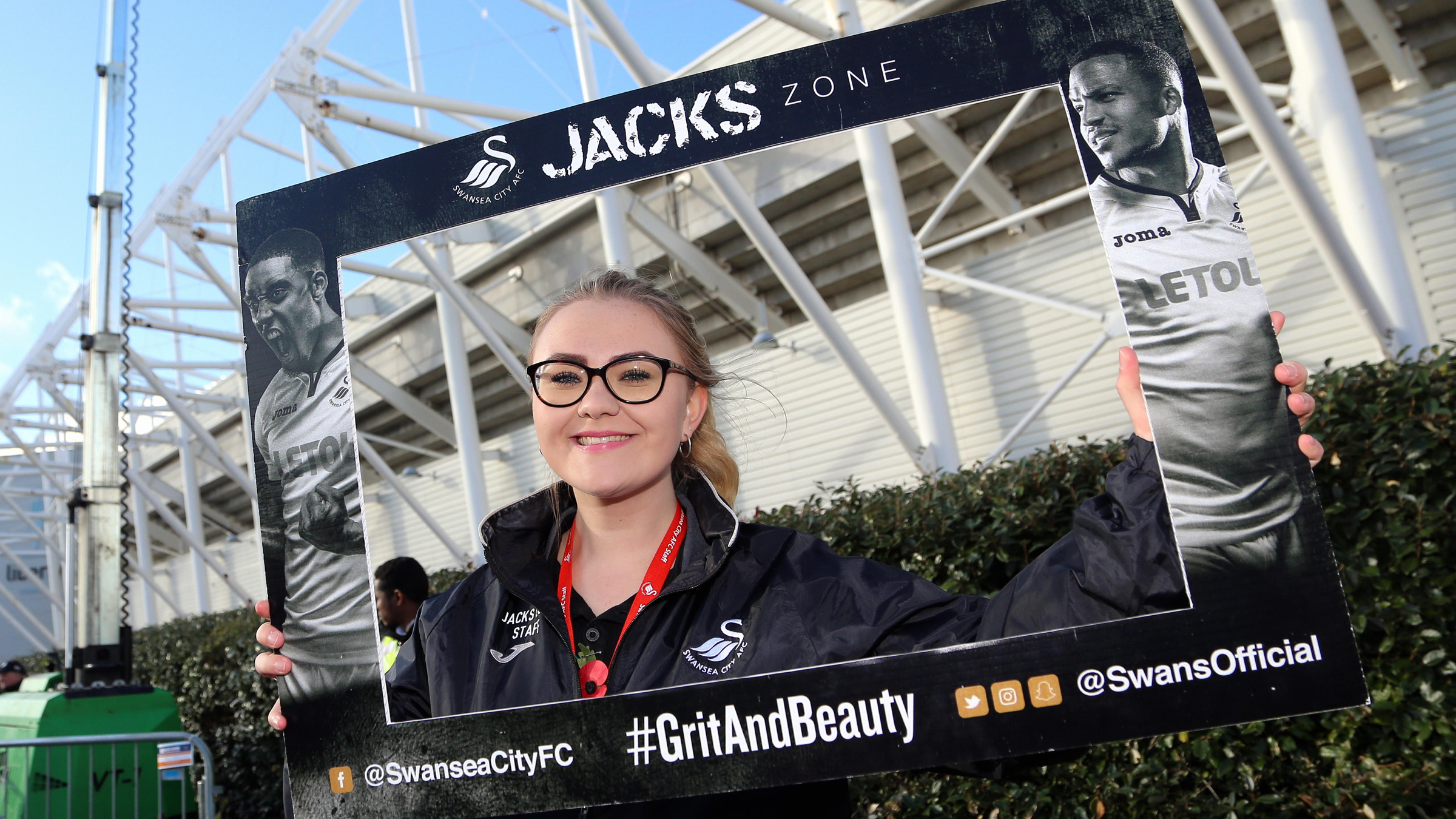 Visit the Jacks Zone ahead of Bournemouth clash

Start early to embrace the ultimate matchday experience by visiting our Jacks Zone before the Swans’ Premier League game against Bournemouth this weekend.

The Jacks Zone, situated in front of the South Stand, is open for home and away fans before the game between 12.30pm and 2.30pm.

Providing fans with entertainment ranging from live music, Footpool, a speed cage to other interactive games, including a children’s area with activities, the Jacks Zone is the perfect way to get you in the mood ahead of the 3pm kick-off.

We’ll be kickstarting the Jacks Zone with an Xbox FIFA Tournament on our big screen.

We’ll be looking for eight people to participate in the tournament on a first come, first served basis, ready for the tournament to start at 12.45pm.

There will be a prize up for grabs for the winner! You don’t want to miss it!

The Jacks Zone will open again for the next home game against West Bromwich Albion on Saturday, December 9 (times tbc).

Please note, you must have a match ticket to enter the Jacks Zone. Under-14s must be accompanied by an adult. The Jacks Zone will be closed during and after the game.

Away fans also have a separate guide to the Liberty, which can be accessed HERE.