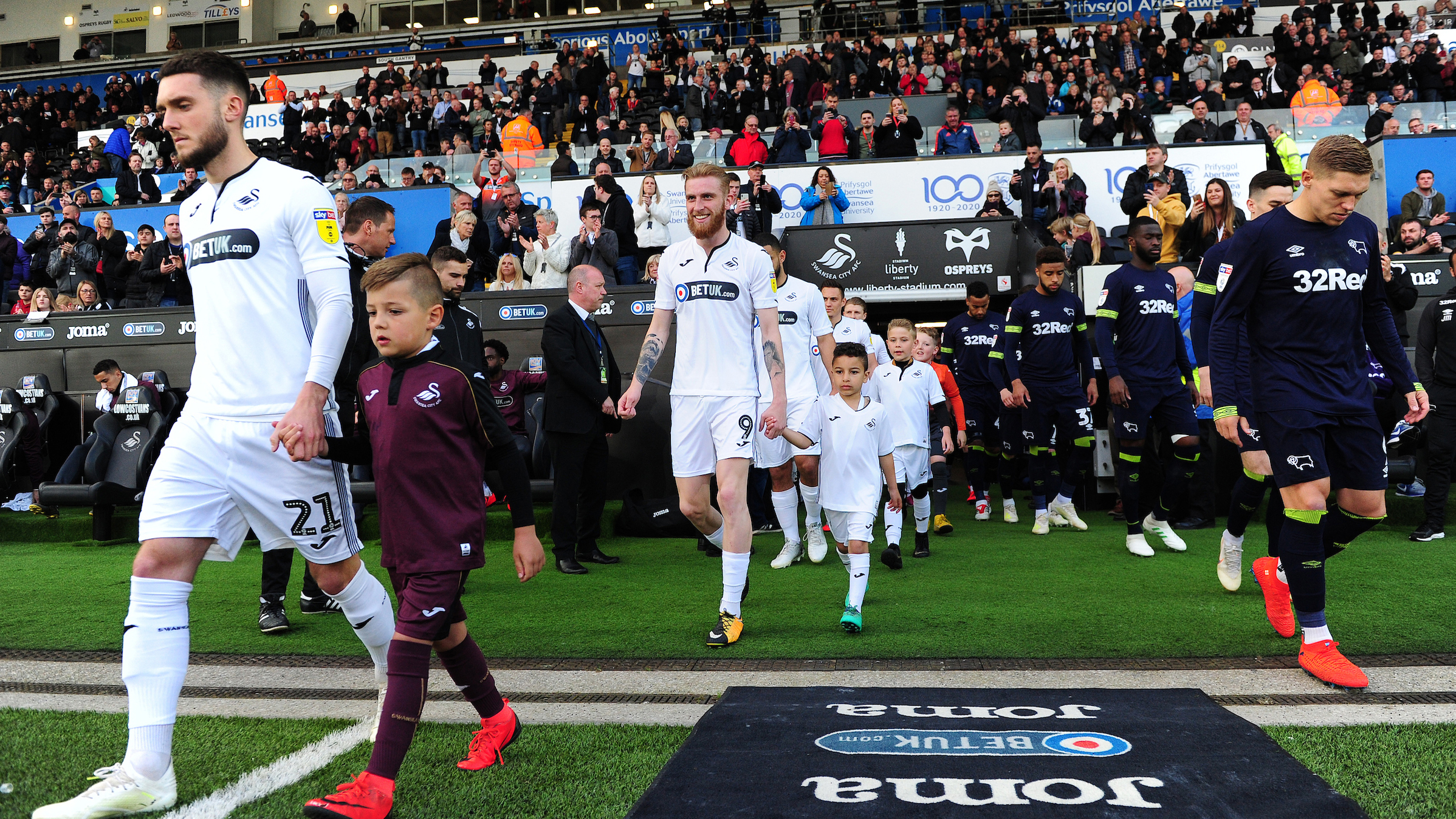 Swansea City extended their unbeaten run at the Liberty Stadium with a 1-1 draw against Derby.

Here, we look at the key facts and figures from the clash with the Rams.

1 - Swansea have lost just one of their last eight league fixtures, the solitary reverse coming away at QPR last month.

4 - The draw against Derby means Swansea will end the season with four opponents have completed a league double over them. Only Norwich, Aston Villa, West Brom and Bristol City have beaten the Swans home and away.

5 - Wayne Routledge scored his fifth goal of the season, putting him joint-second with Connor Roberts and Bersant Celina on the Swans' goalscoring charts for the 2018-19 Championship season.

5 - Derby are now winless in their last five trips to face the Swans, last winning in SA1 in an FA Cup tie back in 1999.

8 - The 1-1 draw ended Swansea's sequence of scoring two or more goals in eight successive home games in all competitions.

11 - Swansea are unbeaten in 11 Championship games at the Liberty, and are yet to lose a league fixture on home turf in 2019. It is the longest unbeaten home run in the Championship.

50 - This was the Swans' 50th game of the season. It was the 45th Championship fixture, while Graham Potter's men have also played four FA Cup games and a solitary EFL Cup contest. The last time Swansea played 50 games in a season was during the 2013-14 campaign where Europa League involvement saw 54 fixtures played.

60 - Swans have conceded 60 goals from their 45 games this season. They have conceded more just once in the last 14 seasons, that coming when they shipped 70 goals in just 38 games during the 2016-17 Premier League campaign.

2,709 - Matt Grimes continues to add to his tally for the most successful passes in the second tier this season. The Swans Player of the Year went through the 2,700 barrier against the Rams.