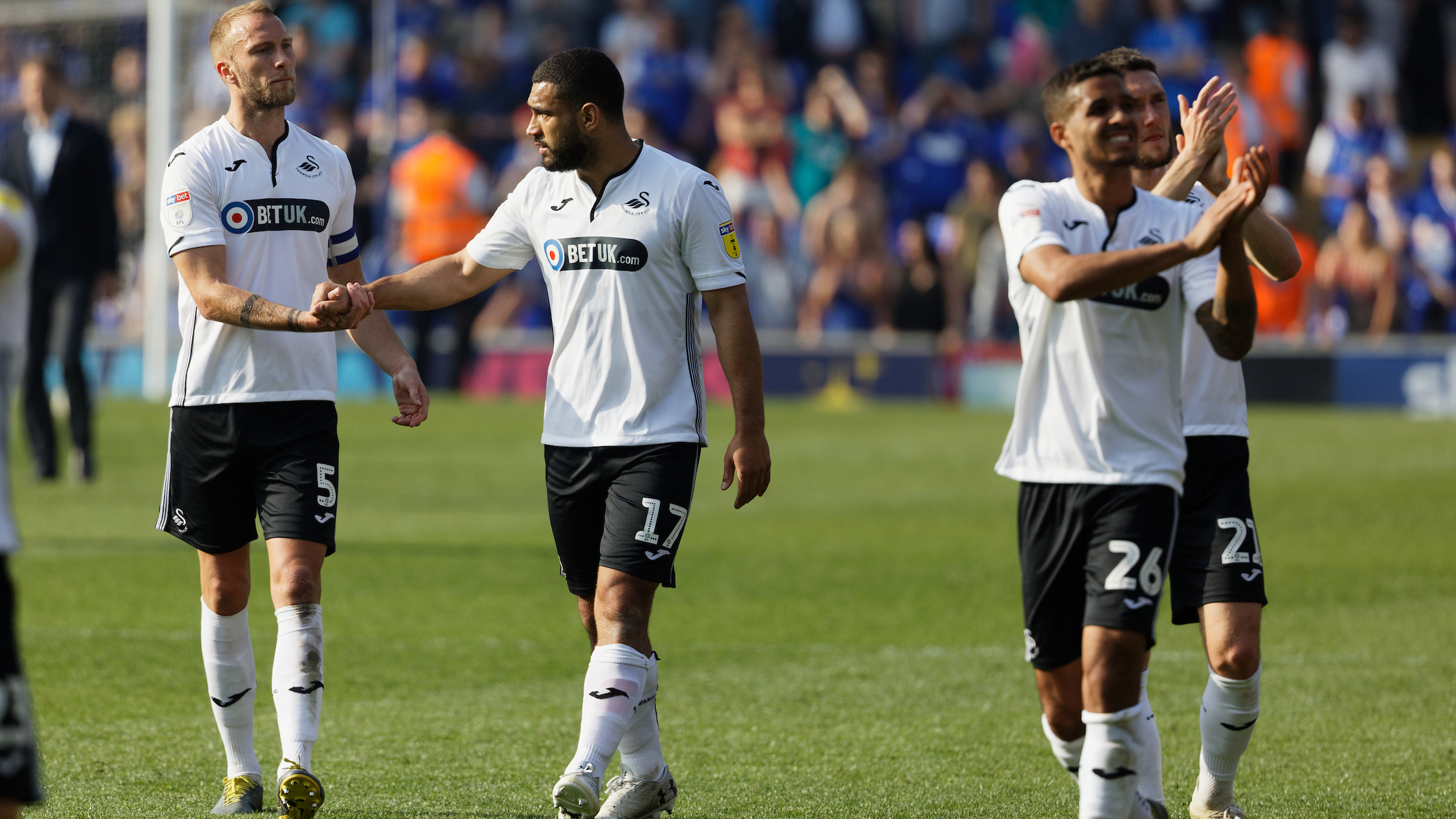 Swansea City ended their wait for an away win at Portman Road, and kept alive the outside chance of a play-off place.

Here, we look at the key stats from the 1-0 victory over the Tractor Boys.

0 - Ipswich are still searching for their first-ever league double over the Swans as this defeat meant they missed out again in the 14th season where the two clubs have been in the same division.

4 - Wayne Routledge's four goals for the Swans this season have all come in the Championship, meaning this is his best return of league goals in a campaign since the 2012-13 season when he netted five in the Premier League.

4 - The Swans have now won their last four matches to take place on Easter Monday.

5 - No player on the field made more successful tackles than Jay Fulton's tally of five, which included a crucial challenge in the lead up to the only goal of the game.

7 - Victory ended Swansea's longest losing run away from home in the Championship. The last time they lost eight in a row on their travels was in 2001 when they were in the third tier.

13 - This was Swansea's 13th clean sheet of the season in the Championship. That's their best return in a league campaign since the 2014-15 season, while one more shut-out before the end of the season would match the 14 from the 2011-12 Premier League season.

20 - The winner was also Routledge's 20th league goal for the Swans.

34 - Ipswich have not won any of their last 34 home games in which they have conceded first.

175 - Another milestone for Routledge was that the goal came on his 175th league start in a Swansea shirt.