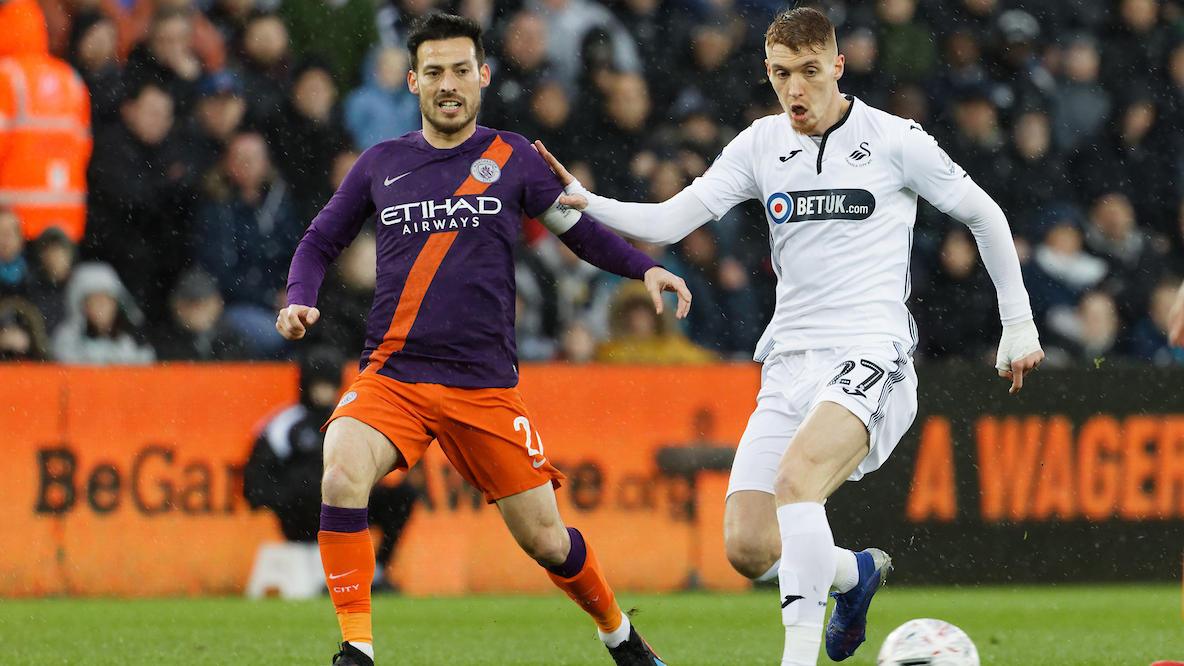 Here, we look at some of the key statistics from a memorable Liberty Stadium encounter.

1 - This was the first time in Pep Guardiola's reign when Manchester City had successfully recovered from two goals down to win.

2 - The Swans had two shots on target, scoring from both of them.

4 - When goals from Matt Grimes and Bersant Celina had the Swans ahead, if was just the fourth time this season that Manchester City have trailed by two goals in any game. The other three occasions came against Crystal Palace, Chelsea and Lyon.

5 - No player on either side made more tackles than Grimes, who racked up a tally of five playing in an unfamiliar role in the centre of the Swans defence. This was also Swansea's fifth FA Cup quarter-final.

6 - Kristoffer Nordfeldt had arguably his finest game in a Swansea shirt against Guardiola's men - earning praise from the Catalan post-match. In total the Sweden international made six saves, including an incredible double-stop to deny Gabriel Jesus and Sergio Aguero.

8 - Eight of Swansea's 11 players were involved in the build-up to Celina's second goal against the Citizens. In total there were 20 touches across 27 seconds from one end to the other.

50 - Connor Roberts made his 50th appearance for Swansea City, a little over 15 months after making his debut against Wolves.

50 - Swansea also have a 50 per cent success rate from the spot this season. Grimes making it four penalties scored out of eight awarded this season.

1,299 - Grimes' first-half penalty was his first goal for Swansea City since finding the net against York in a League Cup tie in August of 2015. The midfielder has had loan spells with Blackburn, Leeds and Northampton in the intervening period of course, but the spot-kick ended a run of 1,299 days without a Swans goal.