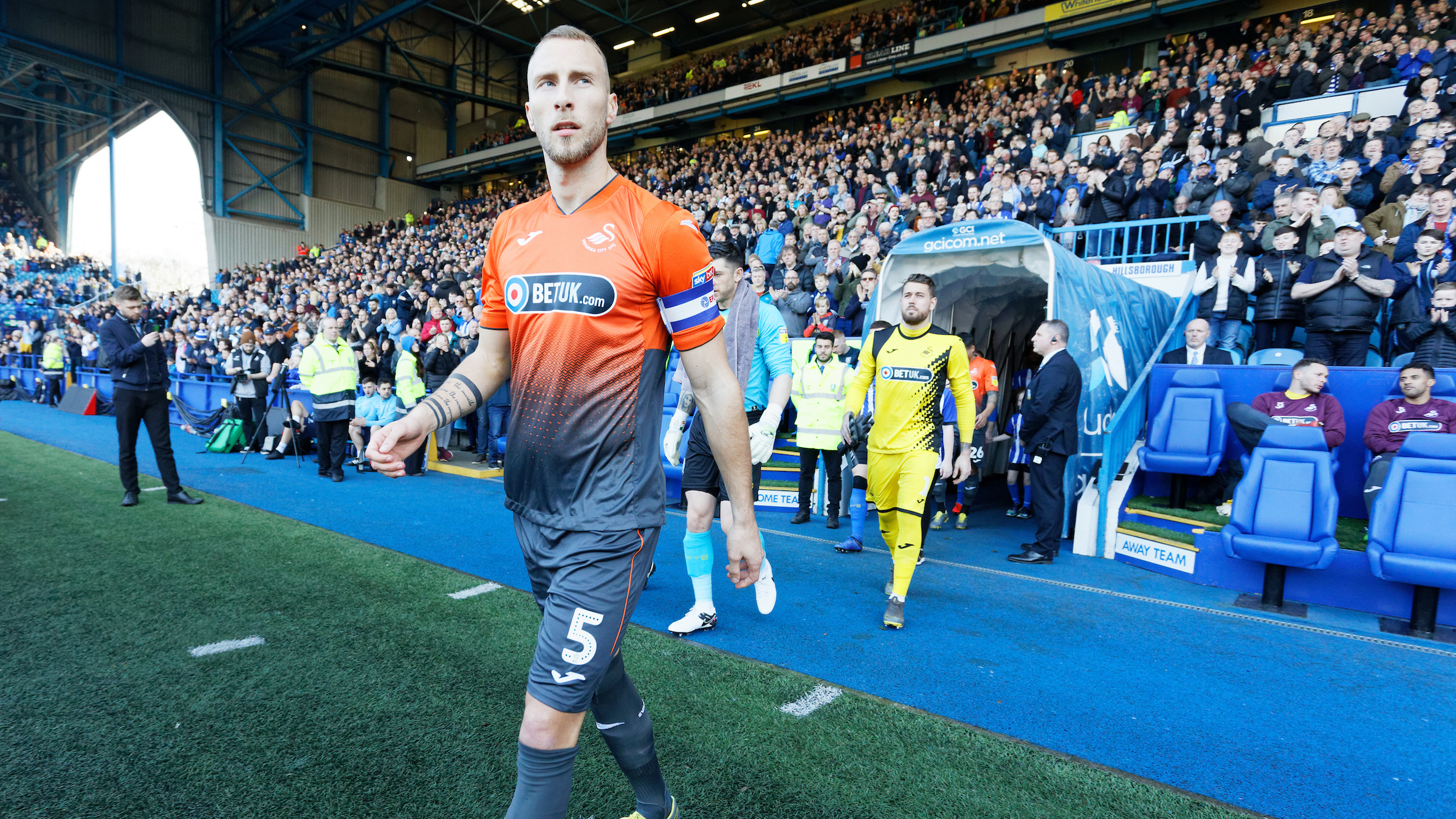 Swansea City had an afternoon to forget at Hillsborough as they fell to a 3-1 defeat against Sheffield Wednesday.

Here are some of the key statistics from the Championship clash.

1 - Defeat ensures Swansea have just one win in their history at Hillsborough in 94 years of trying.

3 - This was the third time this season that Swansea have conceded three times in one half of football. The previous occasions had come in the defeats against Norwich and Hull. The Swans have also suffered three away defeats on the bounce.

4 - Steven Fletcher's acrobatic first-half strike was his fourth against the Swans, but his first since scoring twice at the Liberty for Sunderland in a 2-2 draw in 2012.

7 - Defeat ended Swansea's run of seven games without being on the wrong end of the result against the Owls. Their previous defeat to the South Yorkshire club had come in 1984.

25 - Wayne Routledge's second-half strike as the winger's 25th in Swansea colours, and came just over seven years after his first, which he scored in the club's maiden Premier League away win at Aston Villa.

33 - It was also the 33rd goal the Swans have scored in the second half of games in all competitions this season, compared to a tally of just 21 for the opening half.

44 - Wednesday's win saw them join Swansea on 44 points, incredibly there are now four teams tied on that tally in the Championship.The other two teams are Hull and Blackburn. The Swans are top of that little pile on goal difference.

63 - Despite losing 3-1, Swansea had 63 per cent of possession at Hillsborough and had just one fewer shot on target than their hosts.

80 - The afternoon may not have unfolded as he would have wished, but Saturday was Mike van der Hoorn's 80th appearance for the Swans.

91 - Goalkeeper Kristoffer Nordfeldt had a pass completion rate of 91 per cent in South Yorkshire, the highest of any Swansea player as he successfully completed 43 of 47 passes.

125 - Kyle Naughton made his 125th league appearance for Swansea. The defender has started 113 of those games.

Swansea City opened the 2022-23 season with a draw against Rotherham United. Here, we look at some of the key stats from the game at the AESSEAL New York Stadium.