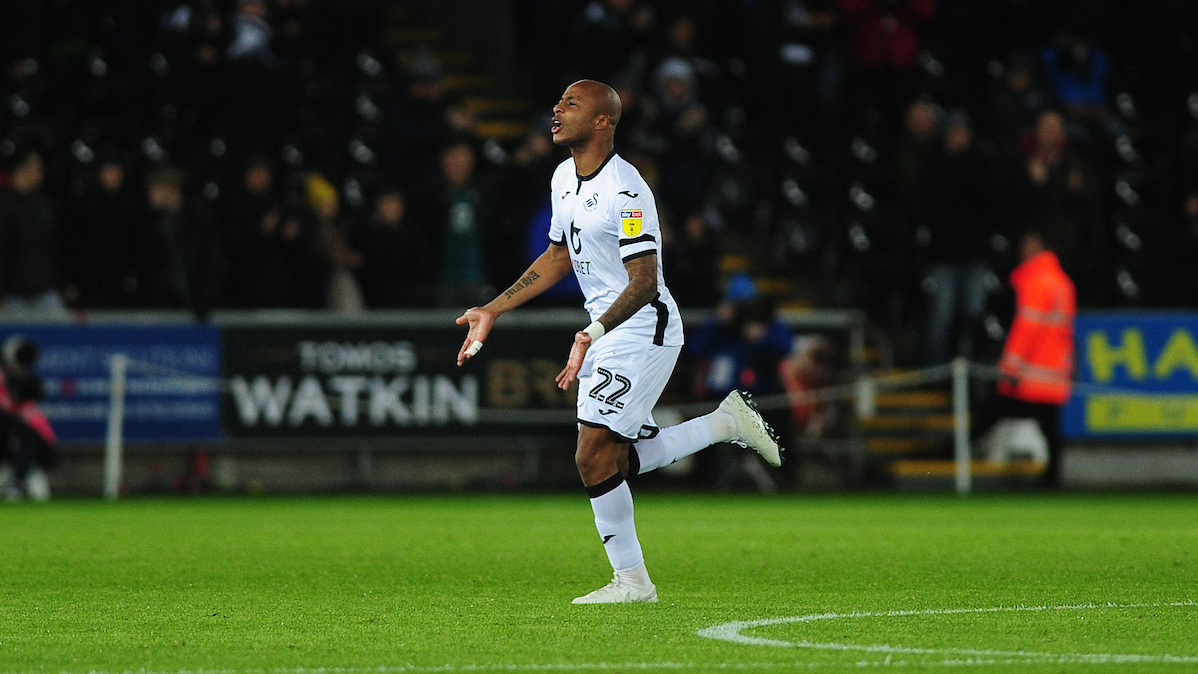 Vote for December's Goal of the Month

Andre Ayew dominates the selections for Swansea City’s December Goal of the Month, and you can win a signed shirt by helping to choose the best of the bunch.

The Ghanaian scored five times across the final month of 2019, helping Steve Cooper’s side head back into the play-off places just after the turn of the year.

First up, we have Kees de Boer’s wonderful free-kick for the under-23s in their Premier League 2 draw against Norwich.

Next up is the first of Ayew’s three contenders, in the form of his excellent header in the draw with Blackburn.

Option three is the forward’s emphatic left-foot finish in the win over Middlesbrough.

And, last but not least, is Ayew’s close-range finish to round off a team move and secure victory at Luton.

Register your details to vote HERE. The deadline is midday on Monday, January 13.