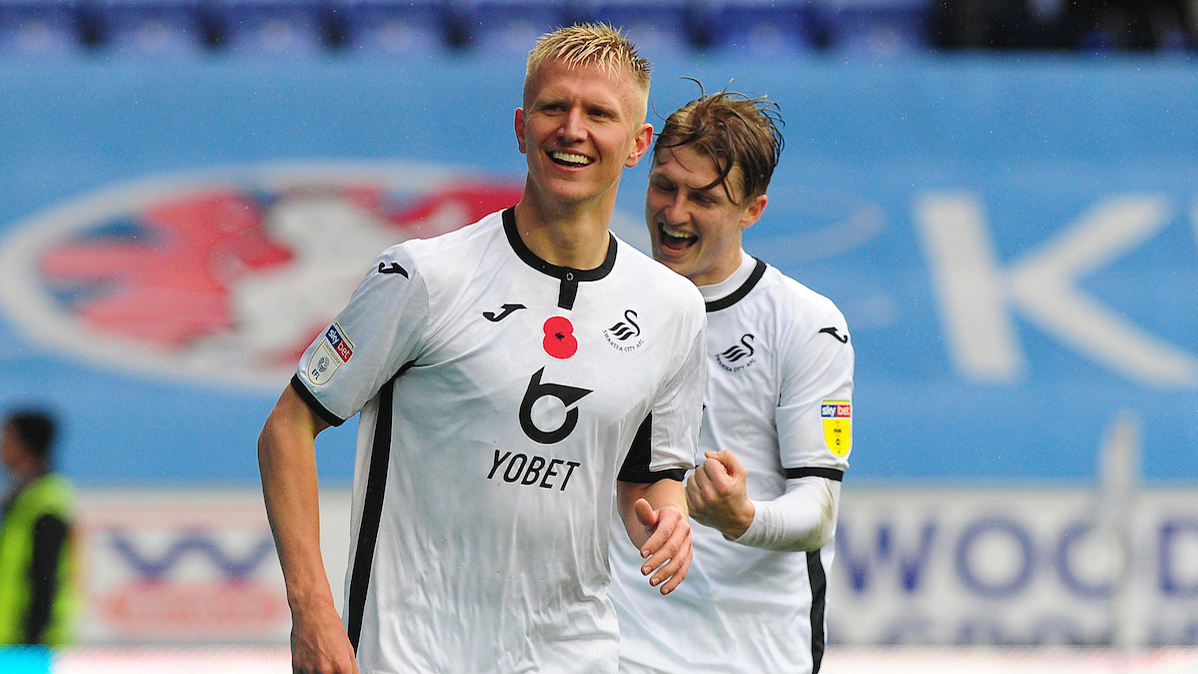 Vote for November Goal of the Month

There were some dramatic goals scored by Swansea City during a busy November, and by voting for the best of them you can win yourself a signed Swans shirt.

It was a month that saw Steve Cooper’s side retain their unbeaten away record, snatching a win at Wigan and claiming draws at Sheffield Wednesday and Huddersfield.

First up, we have Nathan Dyer’s finish from a crisp flowing move at Wigan at the start of the month.

Next up is Sam Surridge’s sensational late winner at the DW Stadium, the striker arriving perfectly to meet an excellent Connor Roberts cross in stoppage time.

Option three is another last-gasp goal, in the form of Ben Wilmot’s own stoppage-time effort at Hillsborough.

And, last but not least, is Jay Fulton’s first goal of the season as the Scot lashed the ball home from an acute angle against Huddersfield.

Register your details to vote HERE. The deadline is midday on Monday, December 9.