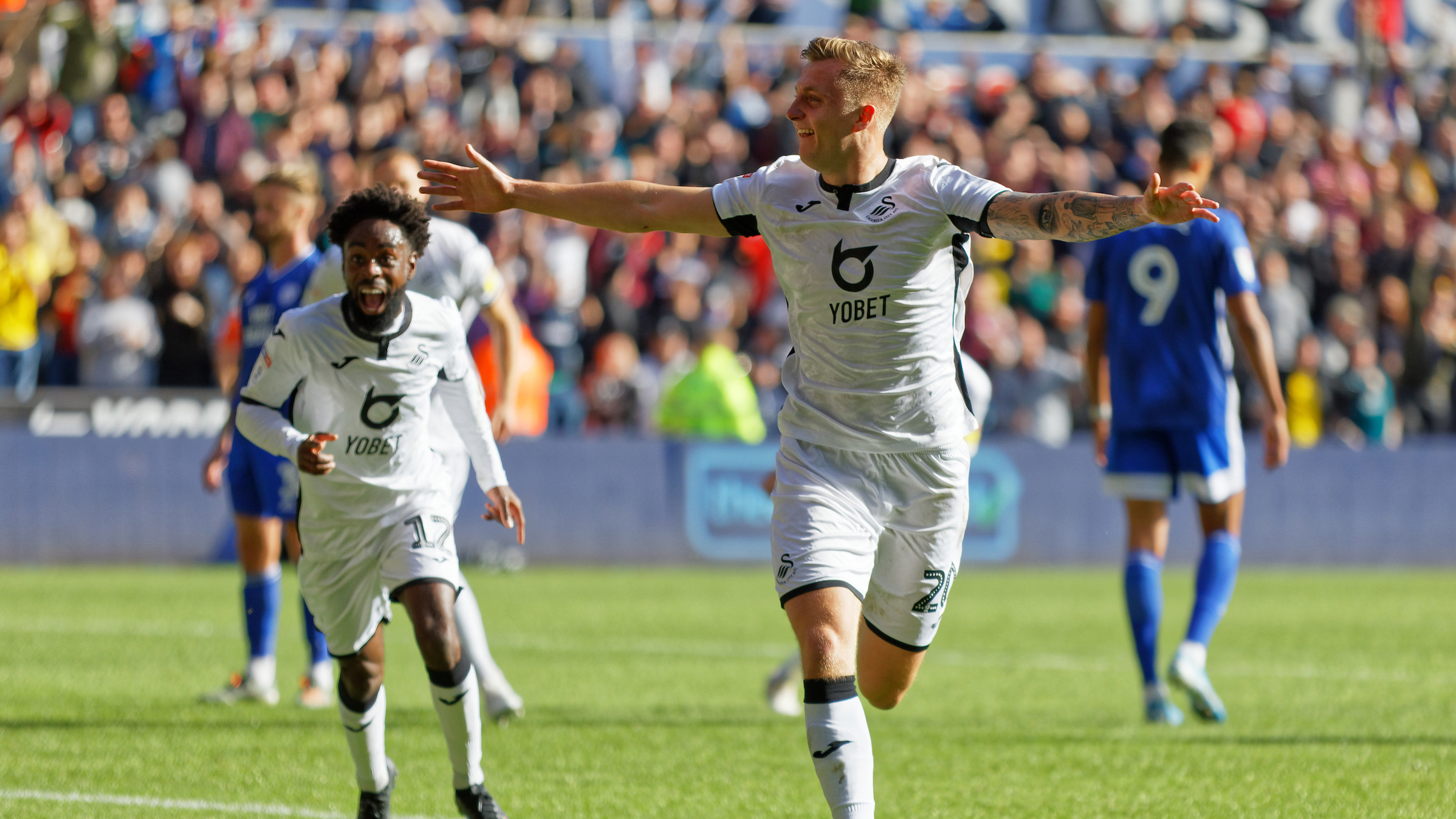 Vote for October's Goal of the Month

There were some notable goals scored for Swansea City in October, and by voting for the best of them you can win yourself a signed Swans shirt.

It was an up and down month, but one that was bookended by wins over Charlton and Cardiff that helped the Swans remain in the Championship play-off places.

First up, we have Yan Dhanda’s finish from the edge of the box against Charlton at The Valley.

Next up is Andre Ayew’s first league goal for Swansea in nearly three-and-a-half years, as the Ghanaian netted the winner from a corner against the Addicks.

Option three is Ayew’s close-range finish after a lightning counter had cut Stoke City apart at the Liberty.

And, last but not least, is Ben Wilmot’s derby winner against Cardiff City as the defender claimed a first senior goal to write his name in South Wales derby folklore.

Register your details to vote HERE. The deadline is midday on Monday, November 11.