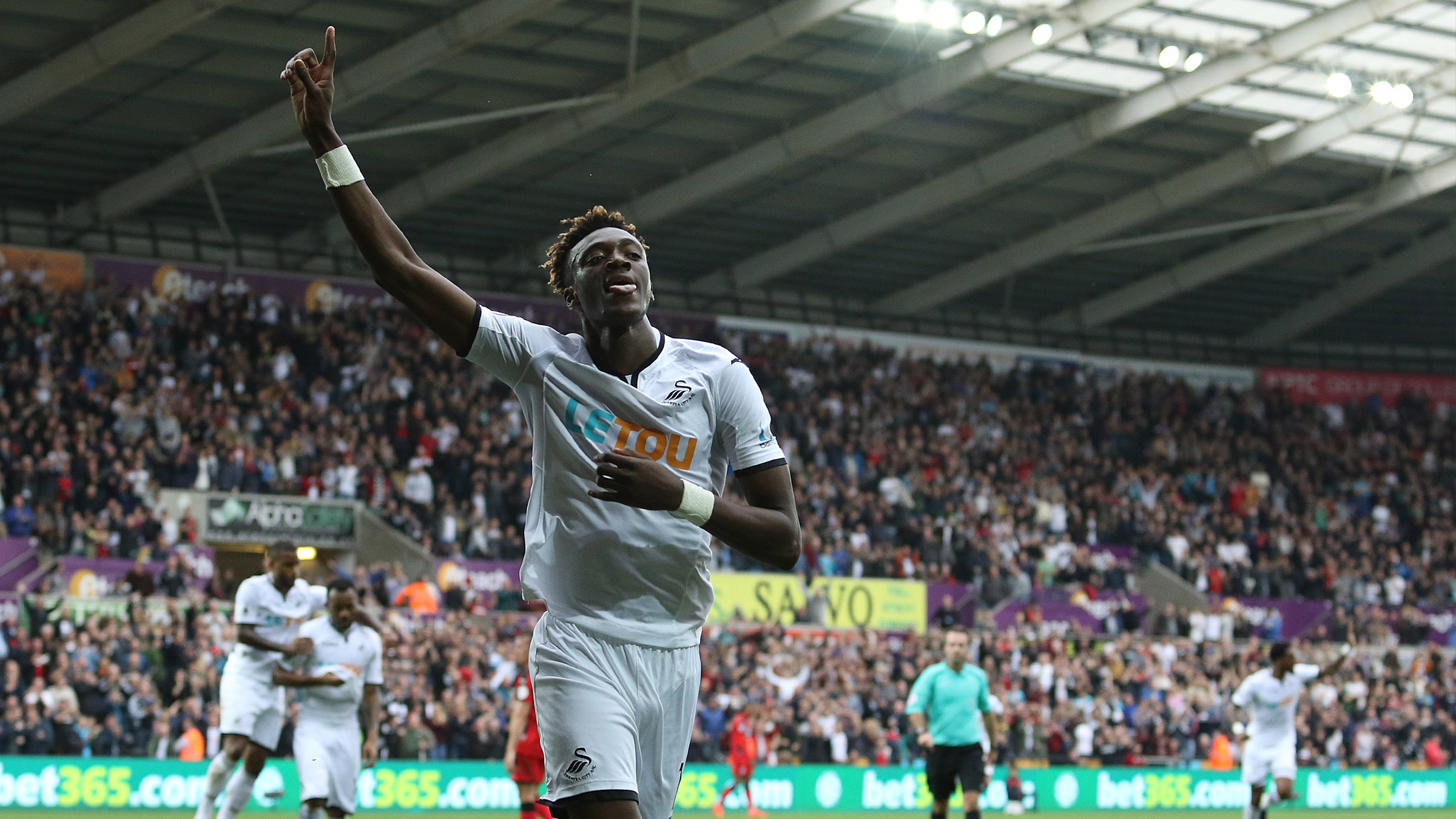 That was a "massive" win, says Tammy

Tammy Abraham saluted a “massive” win after the Swans recorded their first victory on home soil season after seeing off Huddersfield Town 2-0.

The striker, on loan from Chelsea, took his tally to five for the season after bagging both goals for Paul Clement’s side at the Liberty.

He then doubled the Swans’ lead three minutes after the break as he tapped home Jordan Ayew’s chip over the onrushing Lossl.

And after seeing the Swans lose their first three games on home soil – added to defeat at West Ham last time out – Abraham was delighted to pick up three points.

“It is a massive win,” he said. “We knew we needed it and that we needed to give a performance for the fans and for ourselves.

“The luck has not been going our way but we got some today with the first goal and it was great to take advantage of it.

“Jordan made the second goal. I felt the defender coming in and needed to make sure we got the goal. We are a team on the pitch so it is a team goal.

“I haven’t set myself a target this season but it is great to get more goals and help the team to another win. That is the most important thing.

“It is a great feeling to get our first home win of the season.”

Olsson: More to come from Tammy