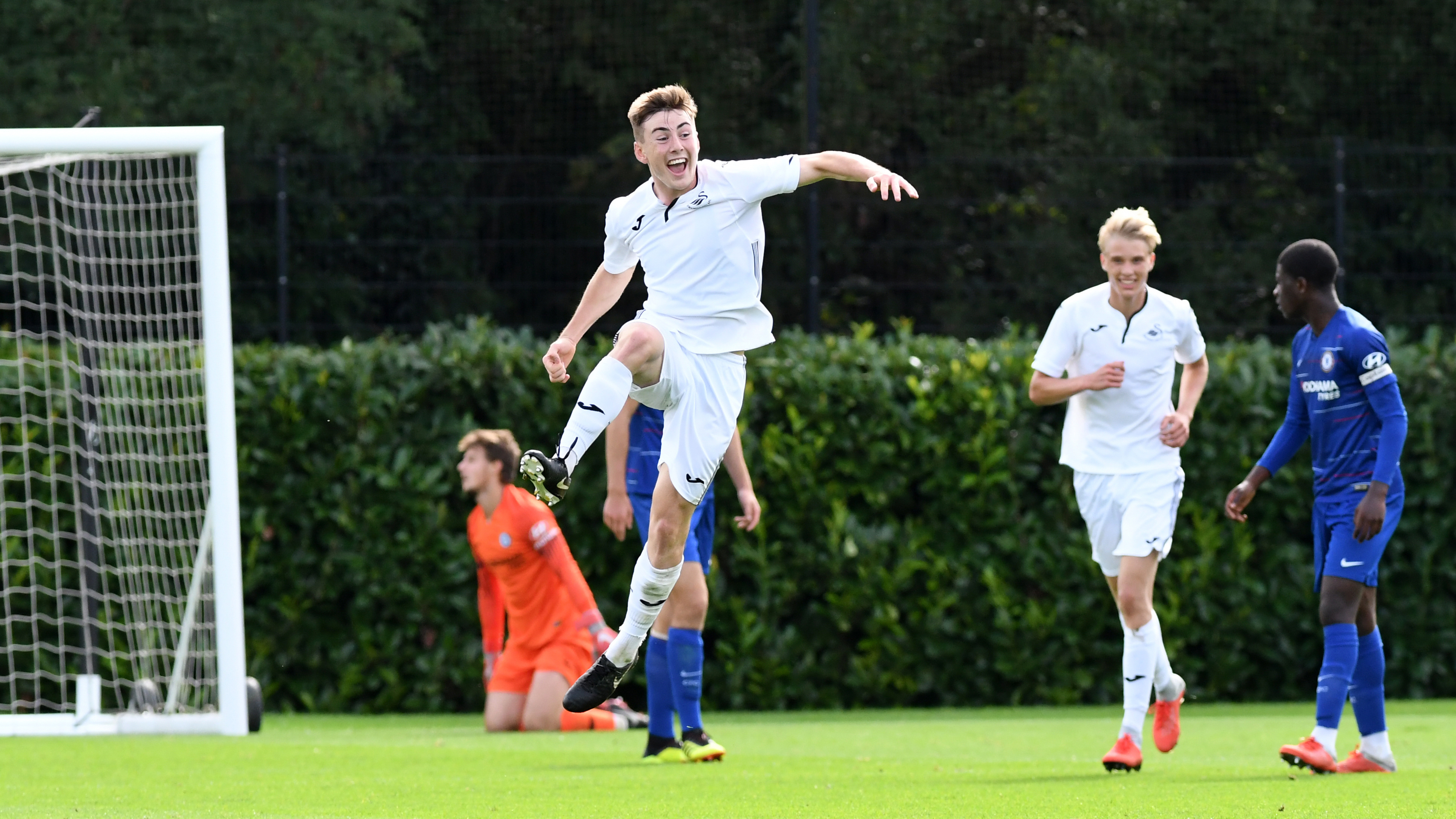 Daniel Williams is relishing the prospect of getting more game time with Swansea City’s Under-23s in the coming weeks.

The 17-year-old academy prospect was one of nine teenagers to feature for the development side as the young Swans defeated Wolves 2-0 at Compton Park on Tuesday to steal top spot of Group E.

It was the second time midfielder Williams has featured for the under-23s this season, following his debut in the same competition against Oxford back in October.

“I’m delighted to get another start at this level,” Williams said.

“I was delighted when I found out that I’d be featuring. It gave me a lot of confidence knowing that the coaches had faith in me.

“I just tried to work as hard as I can, get on the ball as much as possible and make an impact.”

Williams has so far made 10 appearances for Swansea’s Under-18s, and scored a stunning 25-yard goal against Chelsea in September.

He now wants to continue his progress within the Swans’ development set-up.

“I hope I can be involved again later down the line.” Williams continued.

“Being included in this competition has given me a lot of confidence and, when I go back to the under-18s, I feel a lot sharper because of the quicker tempo and higher standards.

“The target for me now is to get more chances to play at this level but it’s important that I continue to produce good performances for the under-18s, otherwise I won’t get the opportunity.”