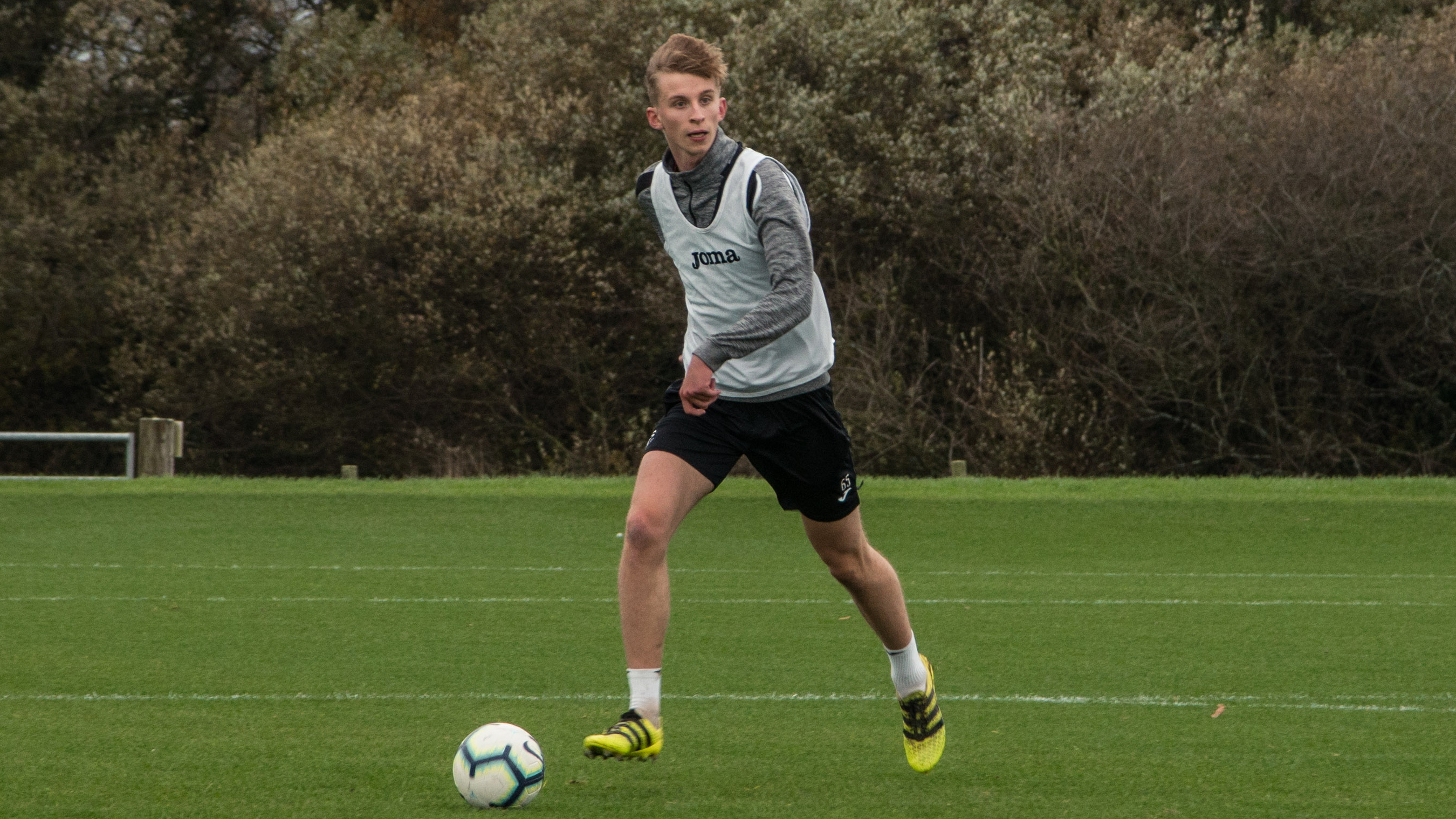 Jack Withers has revealed his relief after making his long-awaited debut for Swansea City Under-23s in Saturday’s 2-0 victory over Oxford United.

Withers played the full 90 minutes in the heart of defence as the young Swans went top of Group E thanks to goals from Jordon Garrick and Joel Asoro.

The 6ft 4in centre-half has endured a frustrating time since linking up with the Swans in the summer following his move from Boston United last January.

After returning from his former club, he sustained a shoulder injury that ruled him out for the first half of the campaign.

However, following a couple of appearances on the bench, the 19-year-old is eager to kick after enjoying his first minutes for the club and is hopeful he can use their progress in this competition to his advantage.

“I’m really happy to get my debut done and out of the way,” he said. “When I signed, I went straight back out on loan and then had about five months out with my shoulder injury, so it’s been a long time coming.

“It’s exactly what I wanted really. We needed a win which we got and, as a defender, a clean sheet makes things a lot better, so a good day all round.

“I learned a lot watching from the bench, but I feel like playing from the start really helped my confidence and settled me down because it’s still a big jump from what I’ve been used to.

“I feel like this competition is one I can use to get more opportunities and, hopefully, they come. I just want to kick on, play as many games as I can between now and the end of the season, and see where it takes me.”