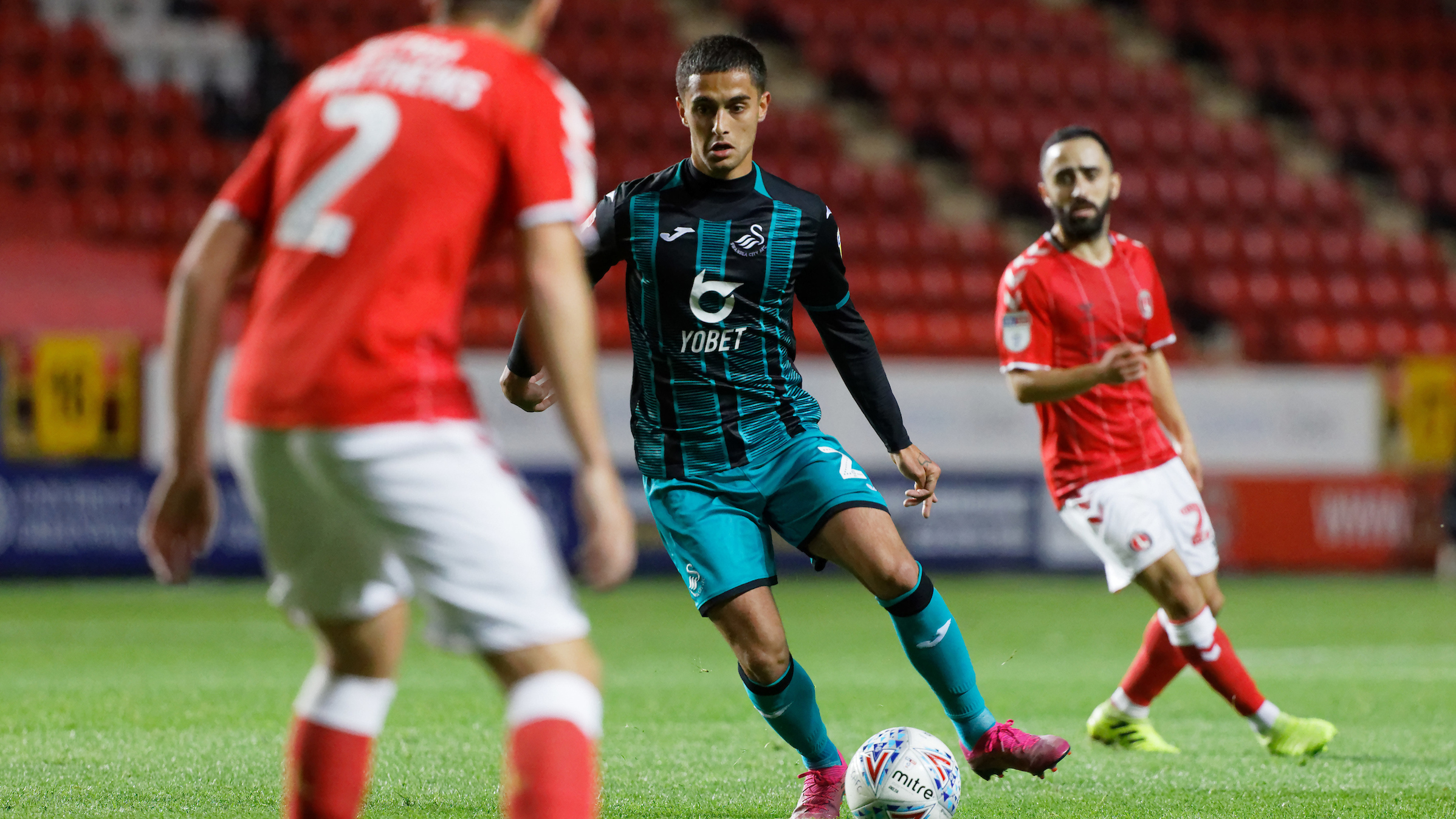 Yan Dhanda was buzzing after he netted his first Swansea City goal since the opening day of last season and made the most of a starting opportunity.

Dhanda was the sole change to Steve Cooper’s starting line up at Charlton as he came in for the injured George Byers.

And he made his mark as he found the bottom corner via a deflection following neat build-up play.

The goal brought Swansea level, and they went on to claim a 2-1 win and move top of the Championship table.

And Dhanda could not hide his delight, having last scored just 29 seconds into his first senior appearance at Sheffield United in August 2018.

“It’s been a while. I knew it was going to come but it was just a matter of time,” he said.

“If I keep working hard in training and believing in myself, the chances will fall to me and I’m happy it went in here.

“It was a little bit slow going into the net and I was just hoping it would go in. Fortunately, it did.

“A goal is a goal, whether it’s a worldie or a deflected strike, they all count and I’m buzzing about it.

“It’s important that I take my opportunities when they come. I’m judged on goals and assists and to get one today is the best feeling.”

This was Dhanda’s third league start of the season, having also started the wins over Birmingham and Leeds.

And he hopes he has done enough to earn more Championship opportunities.

“I’ve played a few games now and I’m buzzing. I can only thank for the gaffer for trusting me and putting me in,” he added.

“Hopefully, I’ve repaid him with a goal and done what he wanted me to do.

“I’ve scored a few goals in training and he told me that I was due to score one in a game, so I was glad to get it.”