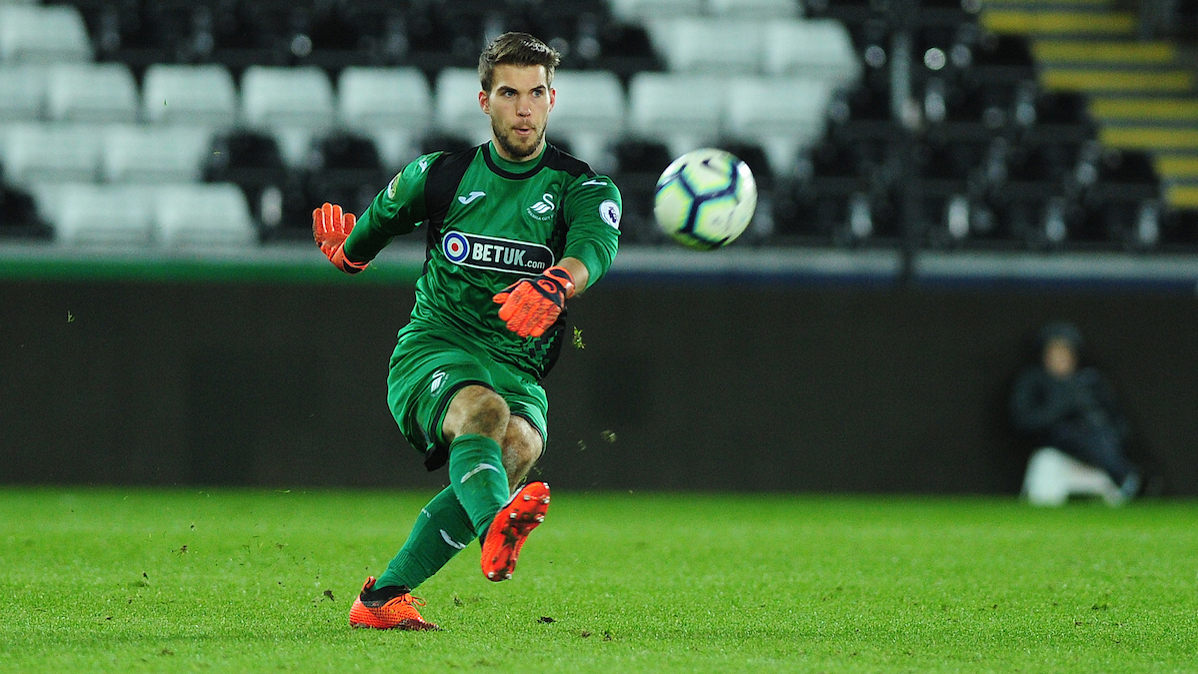 Zabret: We want to go as far as possible

Gregor Zabret admits last year’s Premier League Cup final defeat to Aston Villa will be in the back of Swansea City Under-23s’ minds when they do battle with the reigning champions once again on Friday (7pm).

The young Swans welcome Villa for the last-16 clash at Landore after topping Group E in this season’s competition with 11 points from six games.

It will be a repeat of last year’s showpiece for which Zabret watched from the bench as the development side went agonisingly close to a successful title defence – losing 4-1 on penalties at the Liberty Stadium.

The Slovenian was part of the side that lifted the trophy 12 months earlier and admits he and his team-mates are targeting another strong run this season.

“Of course, we lost to Aston Villa in last year’s final, so that will be in the back of our minds somewhere,” he said.

“But we’re just going to look ahead to the game and not think too much about the past.

“We’ve done great in this competition over the past couple of years so, hopefully, we can go as far as possible again this year.

“It’s a great feeling when you win a competition and I want to help my team-mates achieve that as well.”

Zabret, who has made 12 appearances this season, has played in five of the Swans’ six games in the Premier League Cup – and three of their last four in all competitions.

One of the more experienced players in a youthful squad, the 23-year-old goalkeeper has had to be patient for his opportunities, but admits that the wait only made him hungrier for when they came around.

“I’m enjoying my run in the side,” he added. “It has been difficult for me not playing regularly but, in under-23s football, there is a lot of rotation, so it can be hard to build some momentum.

“The most important thing is not to get down because you will always get the opportunity. When I don’t play, I try to be positive and improve across all areas. Then, when I get a chance, I must prove I deserve it and make the most of it.

“In the games I play, I always want to do my best and try to bring some experience to the team. This year, the squad is a lot younger so I’m glad to be able to help them as much as possible.

“Hopefully, I can make a few more appearances between now and the end of the season.”