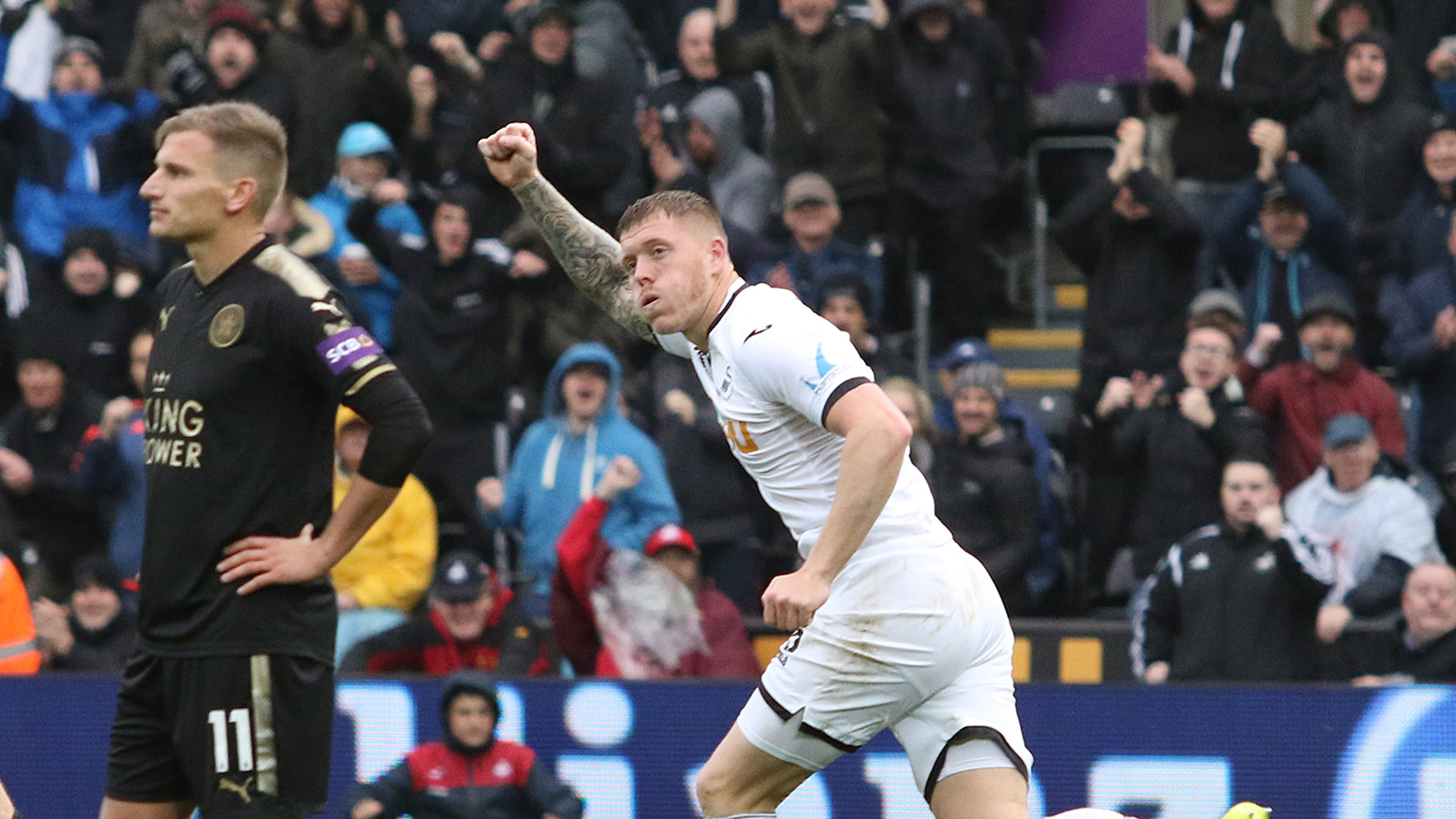 The Swans are licking their wounds after three straight defeats, but Mawson insists they are ready to respond when the Seagulls come to the Liberty Stadium for what looks a significant game this Saturday.

And the centre-back believes Paul Clement’s players do not have to alter much as they look to turn their form around.

The Swans have been beaten six times in the Premier League this season.

Of those defeats, only one has been by a margin of more than one goal.

“The gaffer pointed out to us this week that apart from Manchester United, we have only been beaten by one goal in every game we have lost,” Mawson said.

“That shows you that it’s little mistakes and details that are costing us. I hold my hands up – I have been part of that.

“We know we need to get rid of those mistakes if we’re going to get the results we want.

“We know we need to build a fortress at the Liberty like we did at the end of last season. I am sure we are capable of doing that because of the talent we have in our squad.”

The majority of the Swans’ struggles to date this season have come at home.

They have been hard to beat on the road, and have claimed a more than respectable five points from five away games so far.

But their form in SA1 has been poor, with just one win in five home fixtures in the Premier League.

That victory came when the pressure was on against Huddersfield Town last month, and Mawson is eyeing a repeat success against Brighton.

“It’s a massive game for us,” he conceded.

“We had been on a similar run going into the Huddersfield game. We felt that was a must-win game, we prepared really well for it and we got the result, so hopefully we can do something similar this weekend.

“Arsenal last weekend was a tough day for us, although it might have been different if we’d got the second goal before half-time.

“But we have to bounce back now, we have to get the fans right behind us and hopefully get a win.”

Clement’s men delivered against Huddersfield, just as they did in a host of critical home fixtures as they battled against relegation in the spring.

“We got results when the pressure was on last season,” Mawson added.

“You have to rise to that pressure. You have to take care of the performance and the result will follow. That’s what we need to do this weekend.”