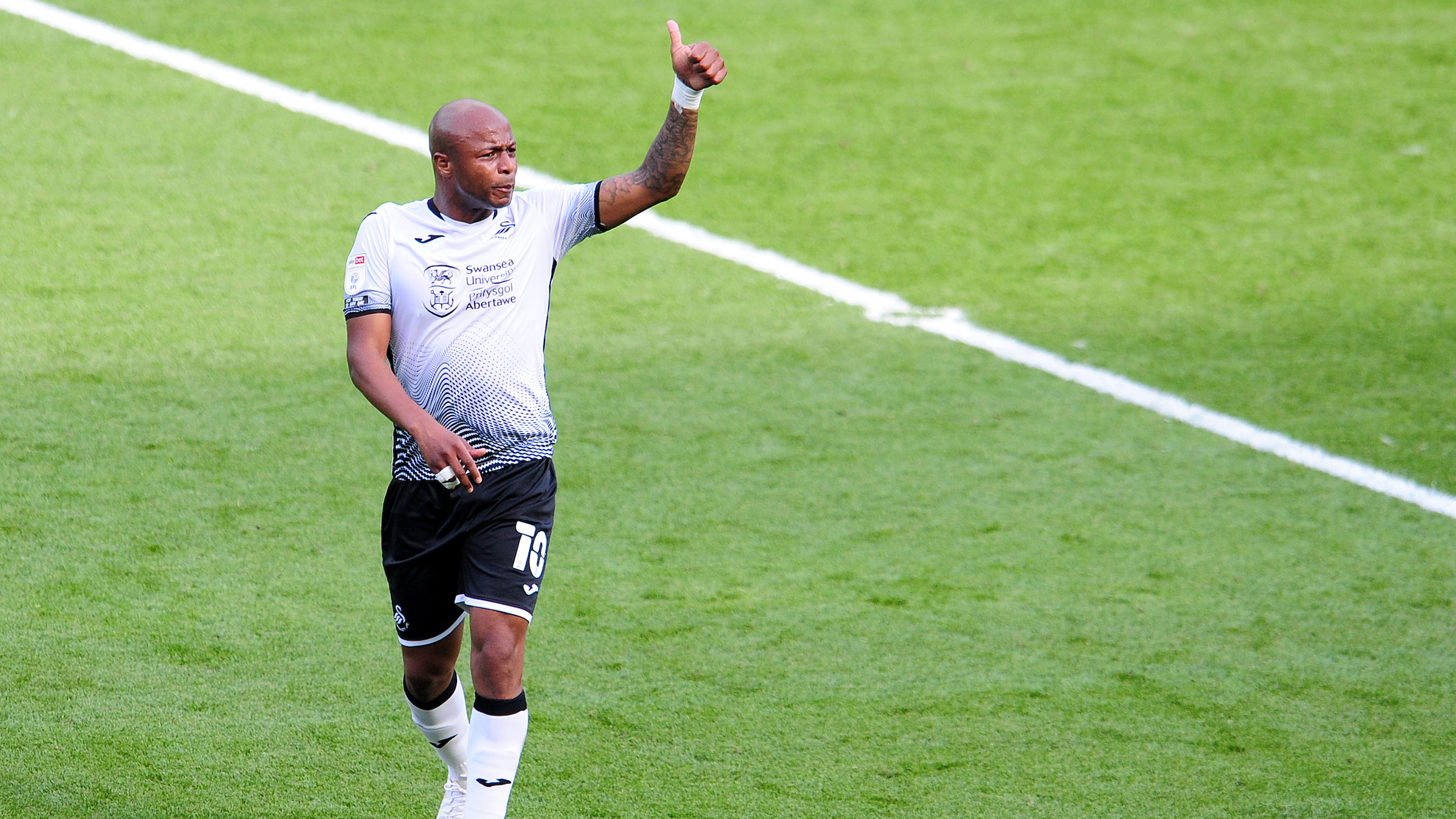 Andre Ayew will be proud to bring up a century of Swansea City appearances against Huddersfield Town this afternoon.

The Ghanaian, 30, will bring up his ton should he feature against the Terriers, having accumulated 99 outings in Swans colours to date across his two spells with the club.

While Ayew was unaware of the approaching landmark, it will mean a huge amount for him to achieve the feat at a club he feels a particular attachment too.

“That's why, when we're playing at home, I don't like that there aren't any fans to watch us at the moment.

“I hope they will come back soon. I need them; when I play, I feed off their passion. This is how it is now.

“For me, it's a big number. I played over 200 games for Marseille and to get close to three figures here is a good feeling for me - especially to show the fans I'm one of them.

“Hopefully, we can keep going and winning after a good start to the season.”

Ayew has experienced highs and lows in Swans colours, scoring memorable goals against Chelsea, Manchester United and Liverpool in his debut season, but also seeing the club relegated from the top-flight in 2018.

He helped drive Steve Cooper’s squad to within sight of a Premier League return as they reached the play-offs last term.

But it is that first outing in the famous white shirt, against Jose Mourinho’s champion Chelsea side in August 2015 that stands out.

“My first goal versus Chelsea was one of my best moments at Swansea,” he said.

“It was my first game in the Premier League. That season was great for me.

“I've had great moments and bad moments. I came back in January 2018 to try to help keep us up.

“I had an injury at the time. I played with it a bit, but couldn't do what I wanted to.

“Also, almost as soon as I came into the squad, Leroy (Fer) and Wilfried (Bony) got injured - it was a difficult period for me. Jordan (Ayew) also got suspended.

“So, all of a sudden, the strike force I was coming to play with - nobody was there! The gaffer had to mix things up, we nearly did it but we came up short.

“We were so close to coming back up last season, but I think we lacked a little bit of experience in the game at Brentford. But we've learned from it and will see what happens this season.”