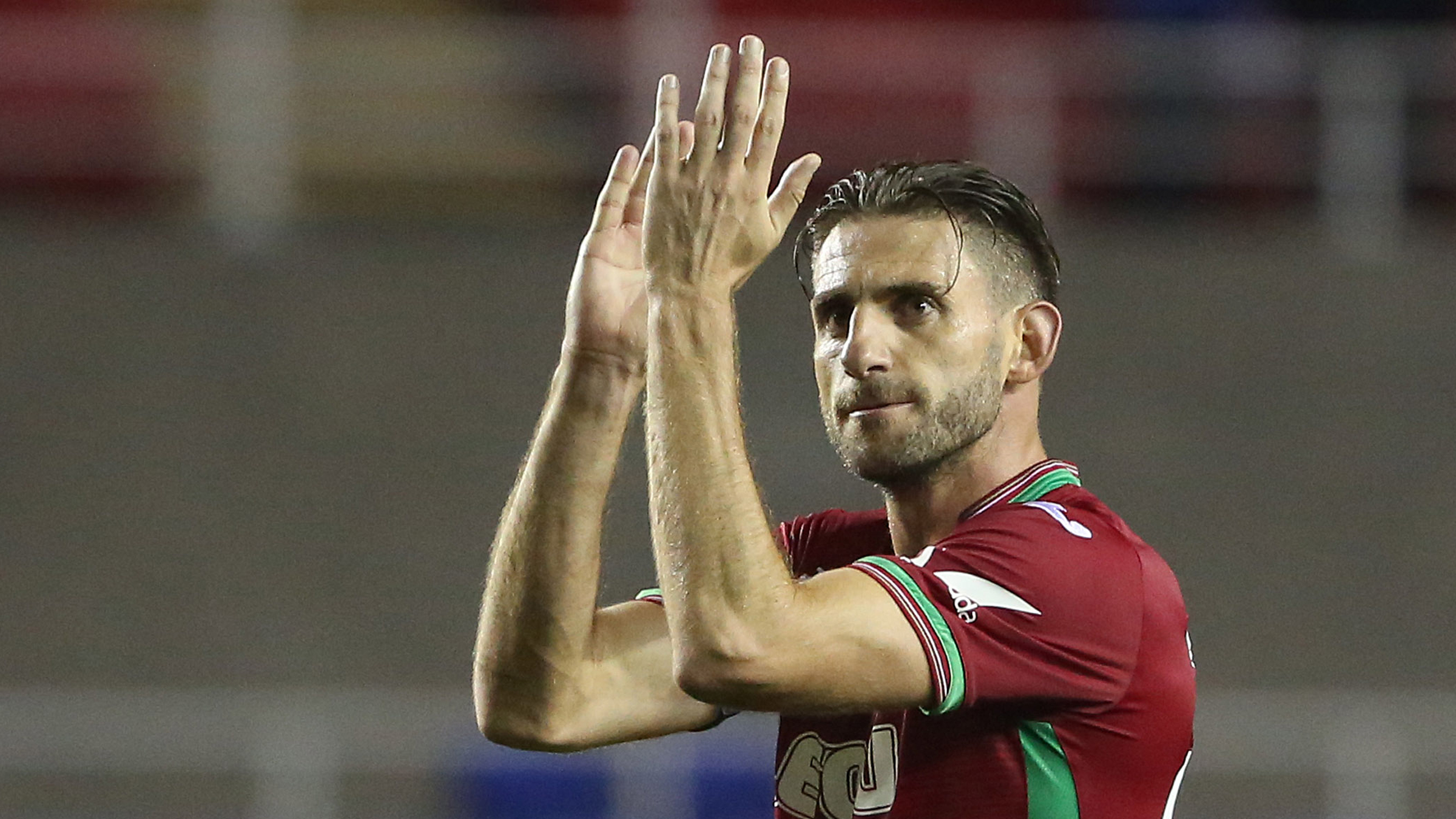 Angel Rangel will relish a special moment when he lines up against the Swans for Queens Park Rangers tomorrow (3pm).

The right-back is highly regarded as one of the Swans’ all-time greats, having played 374 games during an 11-year stint at the club.

Rangel departed when his contract expired at the end of last season, before signing a short-term deal with QPR in August.

He made an emotional return to the Liberty when the two sides faced off back in September.

But with the Rs just six points above the relegation zone with five matches remaining, the Spaniard admits he will have to put his emotions to one side this time around.

“I am really looking forward to the game. It is always special when you face your former club, especially playing in front of the Swansea fans," he said.

“It should be a good game. Both teams have different targets. Obviously, the Swans are in great form at the moment and still have a chance of getting to the play-offs.

“They will be coming to Loftus Road wanting to play their game by keeping the ball and popping it about. We’re going to try to stop that and use all our strengths to get a result, which is very important at this stage of the season.

“It’s going to be a little bit bizarre, but not as much as when we played at the Liberty. It’s difficult to have too many emotions when you are scrapping to stay in the league.

“Although I’m playing against my friends and former team-mates, I just have to treat it like any other game because of the situation we are in.”

Among those former team-mates are Nathan Dyer and Wayne Routledge – two players Rangel continues to hold in very high regard.

“They’ve been fantastic this season,” he added. “In this division you do need experience, which both players have.

“They still have their fitness, football intelligence and quality, so they are the perfect players for a young team like Swansea. Not only are they good players, but very good leaders, too.

“You can see them helping the players in a very good way and they deserve to be in the team. Both have been scoring and assisting goals and I’m very glad for them.”

Rangel is likely to come up against the in-form Daniel James should he feature at Loftus Road following his recent return from injury.

The defender has followed the 21-year-old’s progress closely since he arrived from Hull City in 2014, and has been impressed by the steps he has subsequently made.

“Daniel has shown recently that his pace is his greatest strength and he has greatly improved his end product,” he added.

“When he was younger, you could see that he needed to work on his decision-making, but he has developed that well this season.

“He’s become a much better player and is playing with a lot of confidence.

“I think he has very good service that gets him into great areas where he can hurt defenders. My job is to try and stop that tomorrow.”