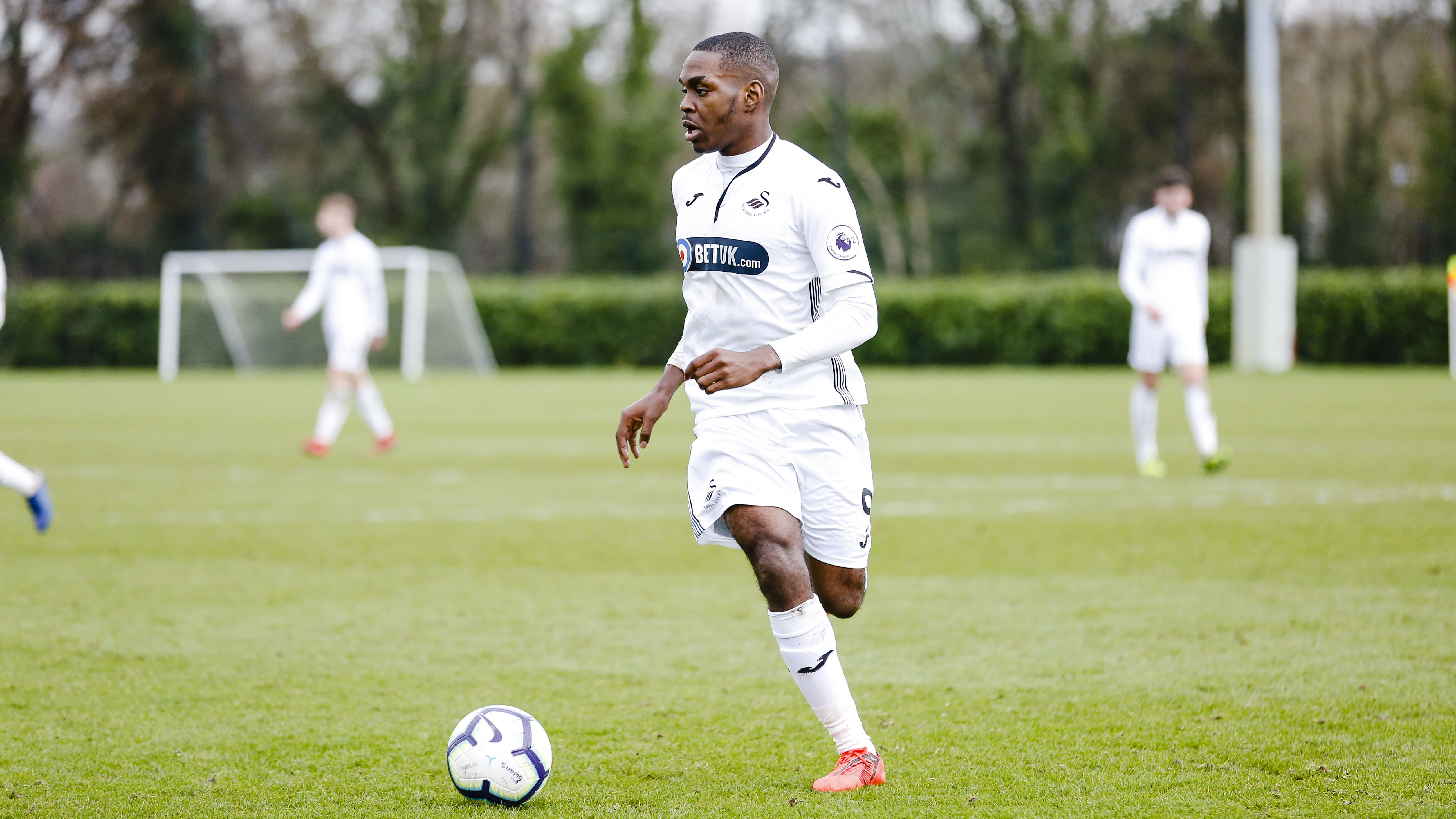 Joel Asoro is aiming to build momentum towards a first-team return after scoring for the first time in Swans colours.

Asoro netted the second goal in the under-23s’ 2-0 victory over Oxford United on Saturday, as he latched onto Yan Dhanda’s through ball before slotting home to secure maximum points in the Premier League Cup clash.

The winger, who has featured nine times for the first team earlier this season following his arrival from Sunderland, has spent the past few weeks getting minutes under his belt with the development side as he strives towards returning to Graham Potter’s plans.

And the 19-year-old admits the regular football is helping his confidence.

“I’m happy to play for the under-23s because, at the end of the day, it’s providing the game time that I need,” he said.

“I’m just trying to get my confidence back. Hopefully, I can bring that to the team as well as some energy.

“Yan played a great through ball and, as soon as I got the chance, it was important that I took it because it could’ve been the only clear one that I had all game.”

Members of Potter’s coaching staff including Billy Reid and Bjorn Hamberg were among those in attendance at Landore last weekend.

And Asoro knows it is important to demonstrate his credentials when given the chance and is hopeful it will eventually lead to a return to first-team action, having last featured against Ipswich Town in October.

“The coaches are the ones ensuring I get a chance to play, so it’s important that I try to make something good out of it,” he added. “That way, they know I’m trying my best to work my way back.

“Whether it’s tomorrow or any time, I’ve got to do something to try to get back in the first team. So long as I do everything I can then, hopefully, the rest will take care of itself.”