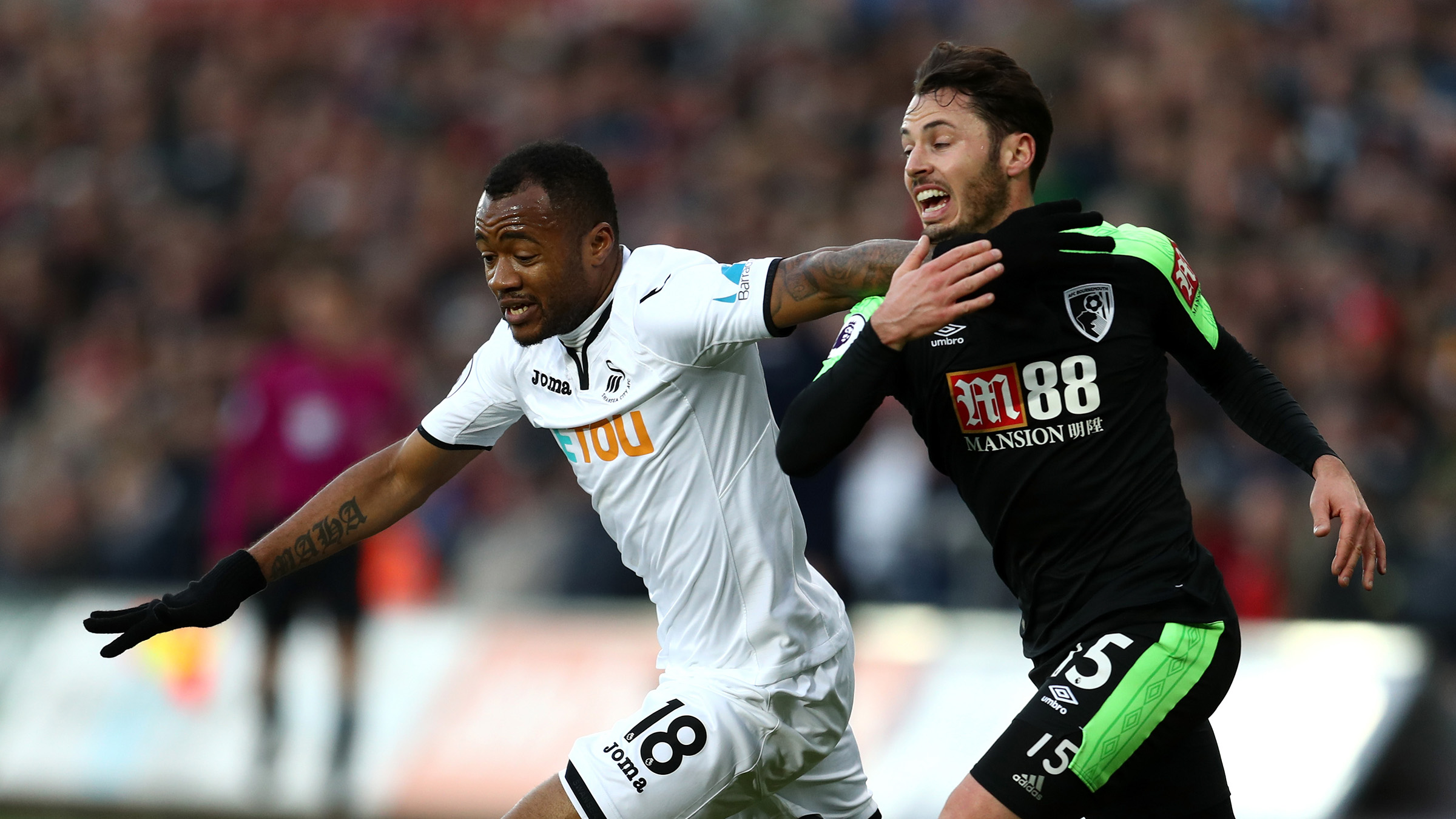 Ayew: We can build on Bournemouth

Jordan Ayew reckons Swansea City have given themselves something to build on after stopping the rot against Bournemouth.

The Swans produced what Ayew felt was their best performance of the season on a day when a Wilfried Bony goal was controversially ruled out for offside.

Leroy Fer missed a golden chance to win it for the Swans late on as Clement’s team were made to settle for the draw.

Despite some frustration over the failure to find a winner, Ayew believes the Swans can take heart from the nature of their display.

“We feel we should have three points, but at least we have one and we didn’t lose the game,” he said.

“We tried our best to win but when things are not going your way, it sometimes doesn’t happen.

“But we played some good football and that is something we can build on.

“I think it was our best performance of the season – the gaffer said that. It’s something to build on and hopefully we can take into in the next games.

“We have set the standard now. We have to stay at this level and not drop below it.”

Though there was disappointment over the opportunities that went begging – and the decision to disallow Bony’s goal – Ayew was encouraged by the Swans’ greater menace.

“We are in a difficult moment, but we created chances,” he added.

“That’s a positive. The referee didn’t help us but the most important thing is that we performed better.

“We have not been good for a few games but we have taken a step forward in this game.”

Ayew spoke for all his team-mates as he sent his best wishes to Federico Fernandez.

The Argentine has returned to his homeland after the death of his father.

“We are fully behind Fede,” Ayew said.

“It’s a very sad moment. When the gaffer told us before the game, we were all sad.

“We did our best to win the game for Fede but things didn’t go our way. We wish him and his family well. We will support when he comes back.”