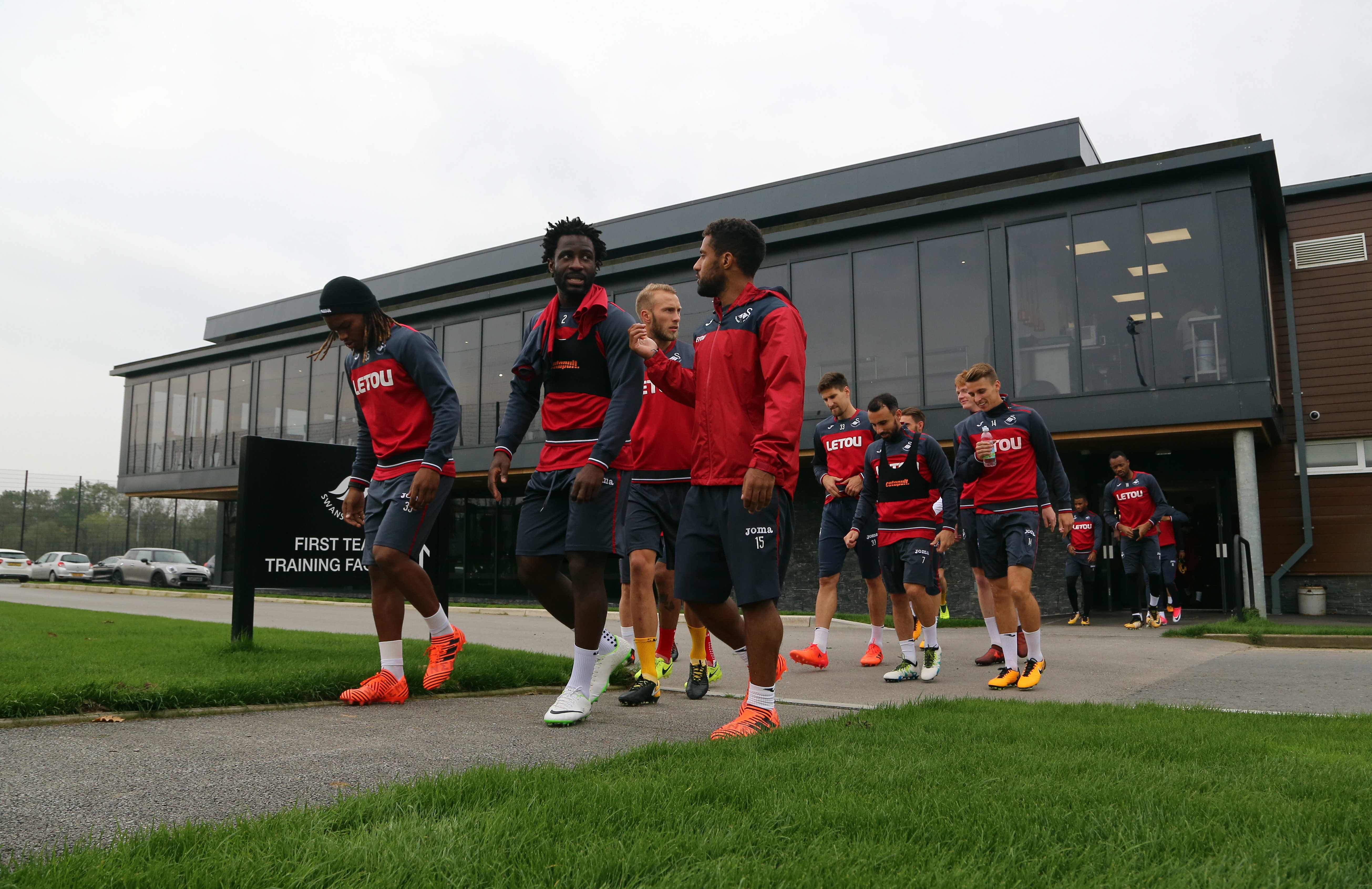 Bony battles for fitness but Sanches set to miss out

Wilfried Bony is 50-50 to be in contention for a start when Swansea City face Huddersfield Town this weekend.

But there are concerns over the fitness of Renato Sanches after he returned from international duty with a thigh injury.

Bony came off at half-time in the Swans’ last Premier League game at West Ham 12 days ago.

He then joined up with the Ivory Coast squad only to return to Wales amid concerns over a hamstring problem.

Bony has spent part of this week training on his own, but was back with the rest of Paul Clement’s squad today as they stepped up preparations for the Huddersfield clash.

“He rejoined training today. I haven’t spoken to him since the end of the session but we will assess him, then we’ll do the same again tomorrow.

Sanches did not feature in either of Portugal’s World Cup qualifying games during the international break, but the midfielder suffered a problem while training with his national side.

“Renato is a big doubt for the weekend after picking up a minor thigh strain while he was training with Portugal,” Clement said.

“It looks like it will rule him out of this game, although we are not 100 per cent sure yet.

“It’s disappointing because he has improved with each game he has played, but if he misses this weekend, it’s highly probable that he will be back next week.”

Nathan Dyer is back in contention for first-team action after eight months on the sidelines with an Achilles injury.

And Clement says the experienced winger has a role to play this season, even if he is not yet fully up to speed in terms of match fitness.

“It’s been a long road back for Nathan but he is available for selection now,” Clement said.

“It would be difficult to play 90 minutes at the moment – it’s step by step.

“But he will bring us another dynamic. He is still quick, he can run with the ball and he can beat players. He is going to be an important part of the group going forward.”