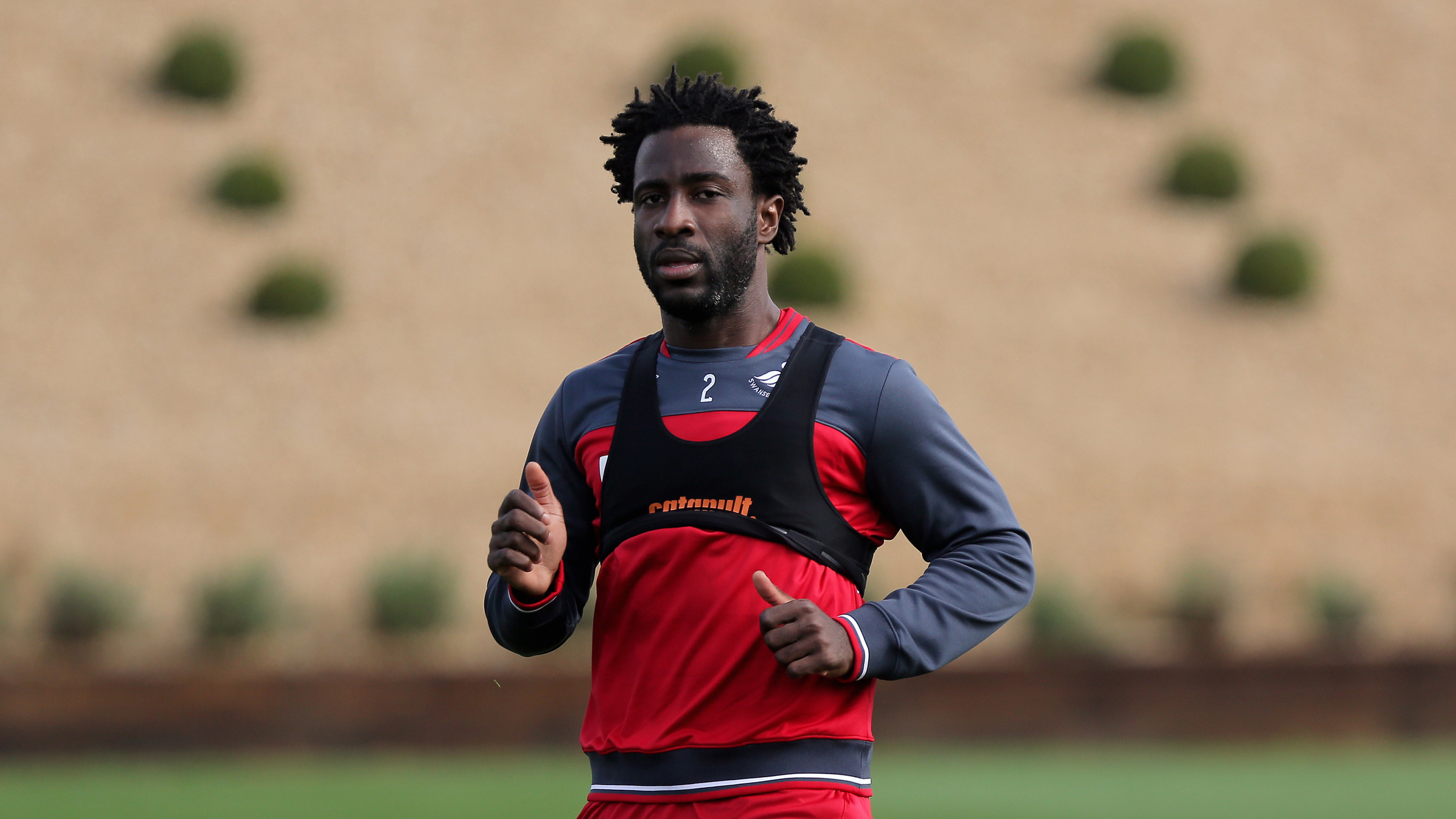 Bony to miss out - but injury is not serious

Swansea City hope Wilfried Bony will return to full training next week after the striker was ruled out of this weekend’s clash with Leicester City.

Bony will be absent for the second week in running after missing last Saturday’s victory over Huddersfield.

But boss Paul Clement is optimistic that the Ivory Coast star will not be sidelined for long.

“It’s a different injury from the one which made him come off at West Ham. It’s not a serious injury.

“It’s short-term and we should see him back on the training field next week.”

Bony is yet to score in five appearances – three of which have been starts – since rejoining the Swans in August.

And Clement admits the former Manchester City man is desperate to make an impression.

“I think he is frustrated – that’s normal,” he added.

“He would have liked to have gone straight into the team and made an impact straightaway after coming back home to Swansea, if you like.

“He was desperate to be involved as soon as he joined us, but the fact that he hasn’t played regularly for a couple of years and had an intermittent pre-season means that his body is a little bit behind where his mind is.

“We have to get the two of them together as quickly as possible so that Wilfried is fit and ready to play.”

Although Bony joins the suspended Leroy Fer in missing the Leicester clash, the Swans are boosted by the return of Renato Sanches.

He missed out against Huddersfield due to a thigh injury but is now back in contention.

“Renato has been back training with us since Tuesday and he will be available for selection,” Clement said.