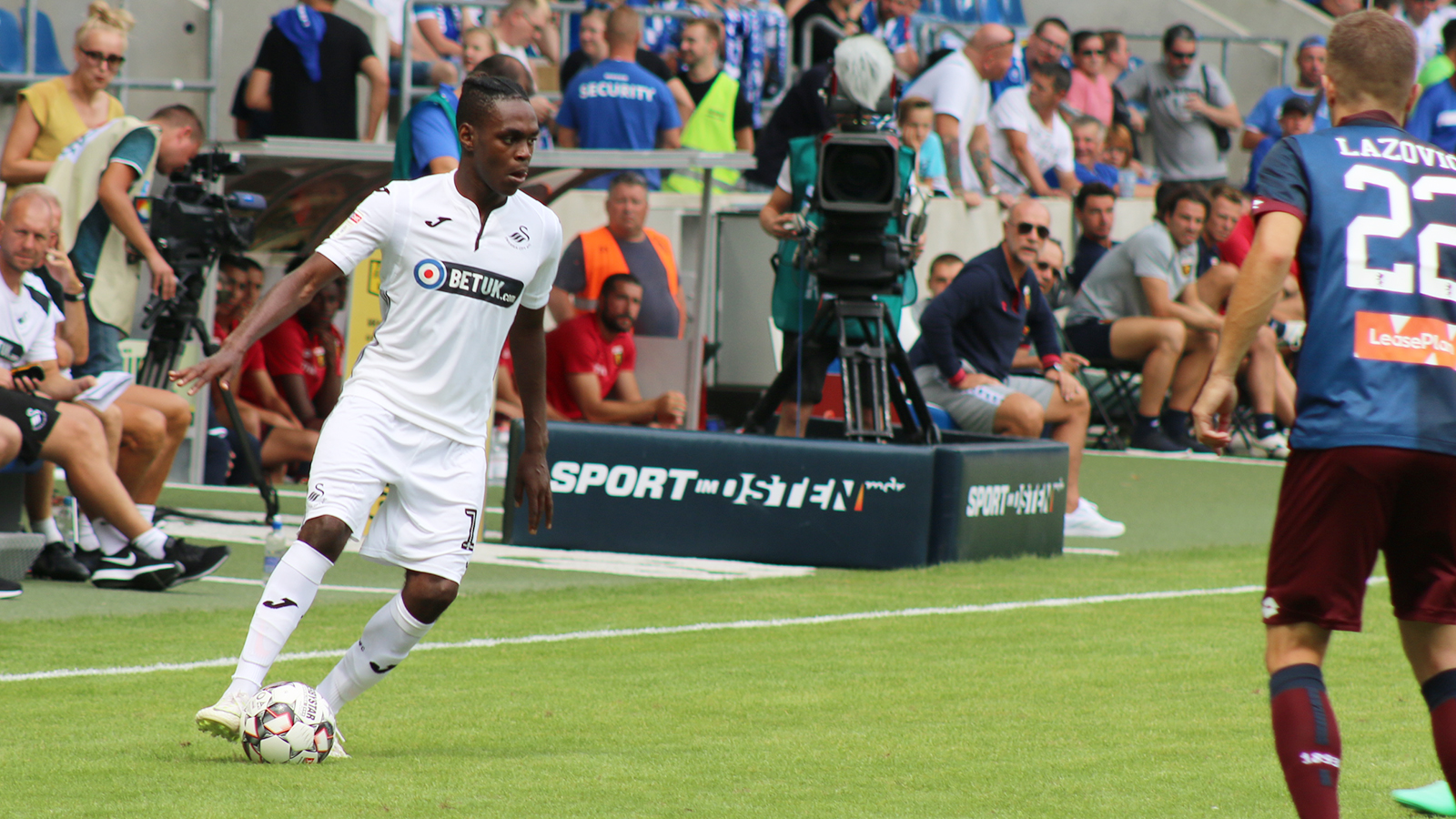 Graham Potter was impressed by two of Swansea City’s bright young things after their positive performances against Genoa.

Teenagers Joel Asoro and Yan Dhanda both made first starts in Swans colours following summer moves to the Liberty Stadium.

Winger Asoro arrived for an undisclosed fee from Sunderland, while Dhanda joined on a free from Liverpool.

And the two 19-year-olds both impressed as Potter’s men drew 1-1 with Genoa before losing on a penalty shootout.

Asoro was a constant threat down the Swans right, and his persistence was rewarded in the dying seconds of the 60-minute friendly when he crossed for Oli McBurnie to head home.

Dhanda, meantime, showed composure and quality in possession throughout and scored an emphatic penalty in the shootout.

“I thought they both played with real enthusiasm,” Potter said.

“I enjoyed watching them play to be honest.

“Joel got the ball in one-v-one situations often and challenged his full-back a lot.

“You can see Yan plays with enthusiasm. He has that ability to play between the lines and in tight areas, which is very good.”