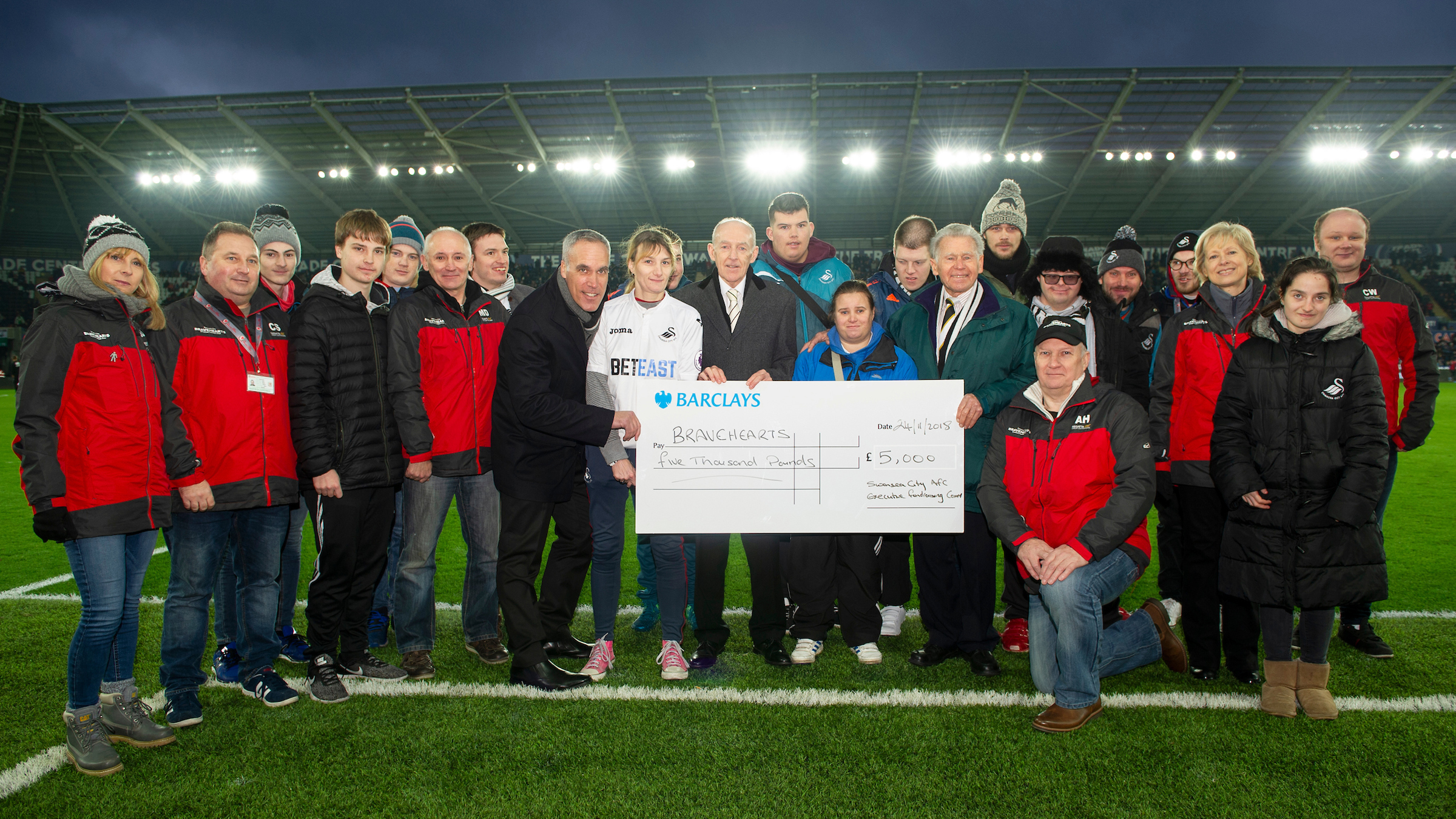 The Swansea City Bravehearts football team took centre stage at the Liberty Stadium recently to receive a cheque for £5,000 from the Swans and the club’s Executive Fundraising Committee, who raised the money through their popular club dinners.

Bravehearts is a special needs football club for boys and girls with ages ranging from eight to 30-plus.

All the players have either a physical or learning disability and joined the club through a referral from social services or word of mouth.

Since the club was formed in 2000 their numbers have increased to around 100 members, with the team run by a dedicated group of volunteers.

​A spokesperson from the Bravehearts explained: “Disabled children can’t just go out to play like other children, they need a safe environment where they can mix with their peers.

“Bravehearts provides an opportunity for children with disabilities to play and feel part of a team which strives to develop their confidence and self-esteem.

“As well as our weekly training sessions, we also play matches and tournaments against other special needs teams. Our aim is to give all the youngsters in the club the opportunity to play football, whatever their abilities.

“The weekly training sessions also act like a self-help group for the parents and carers, where they can swap information and provide support for each other. It can be difficult to have a social life when you have a disabled child.”

For further details on the Bravehearts, email braveheartsfootball@gmail.com or visit www.alanhoneyman.com or their Facebook page.

Pictured with members of the Bravehearts team and volunteers are Swansea City COO Chris Pearlman and EFRC members Ray Trotman and Steve McLelland.