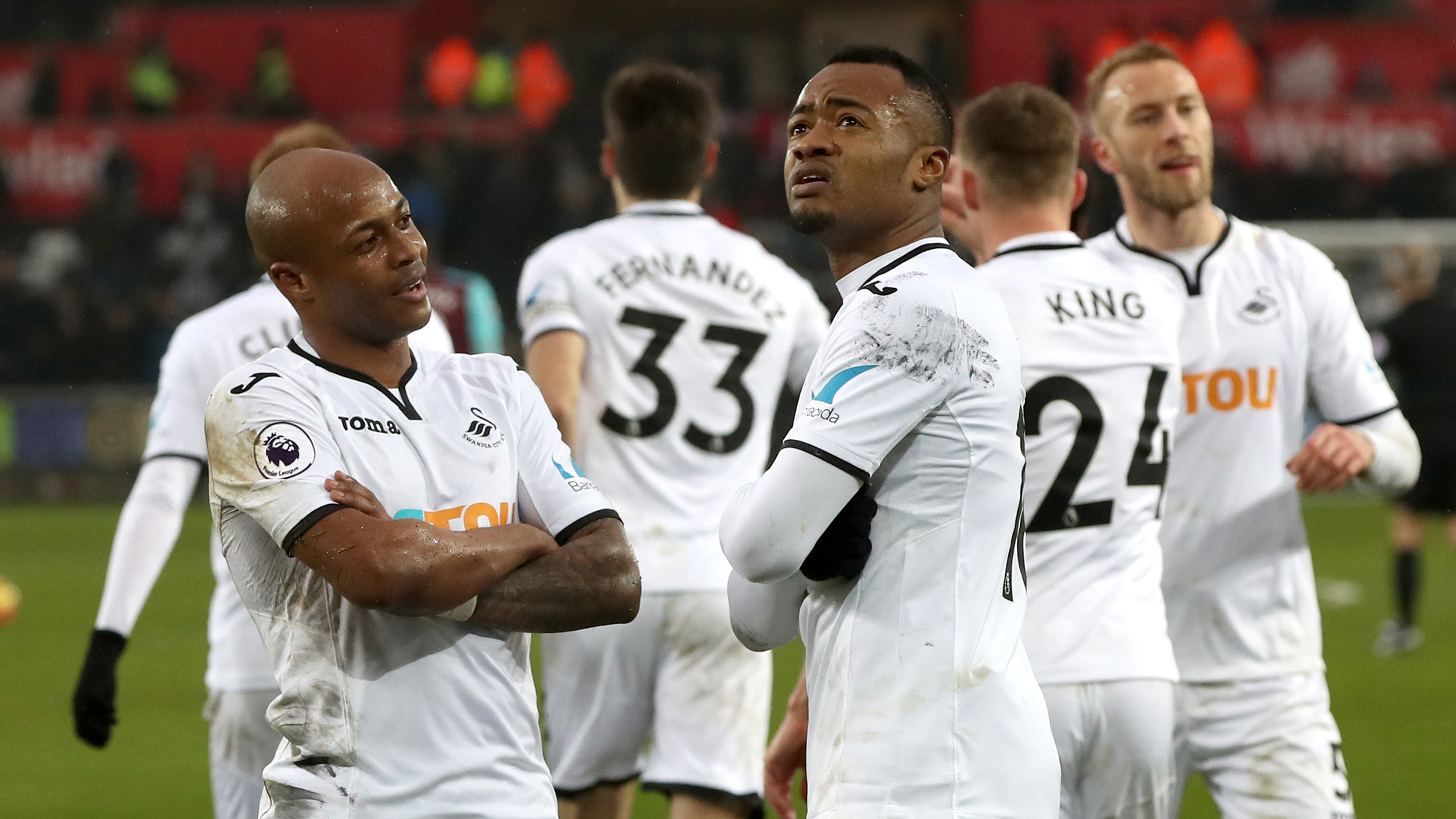 Following Andre Ayew’s return to the Liberty Stadium, he and brother Jordan have become the sixth pair of siblings to play together for the Swans.

Here, we take a look back at the five other sets of brothers who have played together in the white shirt.

Allchurch is one of the most famous footballing names of all in these parts. The brothers were local lads who became stars at Vetch Field.

Older brother Ivor's statue stands outside the Liberty Stadium as recognition of a stellar career which took in two spells at the Vetch. An inside forward nicknamed 'The Golden Boy', he scored a record 192 goals for the Swans.

Len was a fine player in his own right. A tricky winger who was likened to Sir Stanley Matthews, he scored 71 times in almost 400 appearances for the club.

Brothers Gilbert and Cyril both made their mark at the Vetch in the 1950s.

Gilbert served the Swans for many years as a left-back, clocking up 168 appearances before his departure in 1958.

Cyril, a winger, was known as 'Tulyar' after a famous racehorse because of his blend of bravery and pace. He played 147 games in SA1, scoring 34 goals.

Tom and Len were brothers who were born in Treboeth before turning out for the Swans in the 1930s and 1940s.

Older brother Tom, who operated at full-back, made 52 appearances at the Vetch before joining Southampton in 1938.

Len, also a full-back, turned out for the Swans on 54 occasions before leaving for Newport County in 1947.

Len’s son Gary also played in SA1 during the mid-1980s, appearing almost 150 times in the later stages of his career.

The Jones brothers followed in the footsteps of father Ivor, who played 75 games for the Swans in the early 1920s, one of which was the club's maiden Football League fixture.

Left-half Bryn played 135 games for the Swans in the 1950s while younger brother Cliff, one of Wales's finest ever wingers, featured almost 200 times before establishing himself as a legend at Tottenham Hotspur.

Brothers Willie and Tony were local lads who emerged at the Vetch in the late 1960s.

Willie, a tenacious midfielder, racked up almost 200 appearances and 15 goals before leaving for Newport in 1972.

Younger brother Tony started life as a defender but was used as a forward later in his Swans career. He scored 11 goals in 156 appearances in SA1 before departing in 1975.