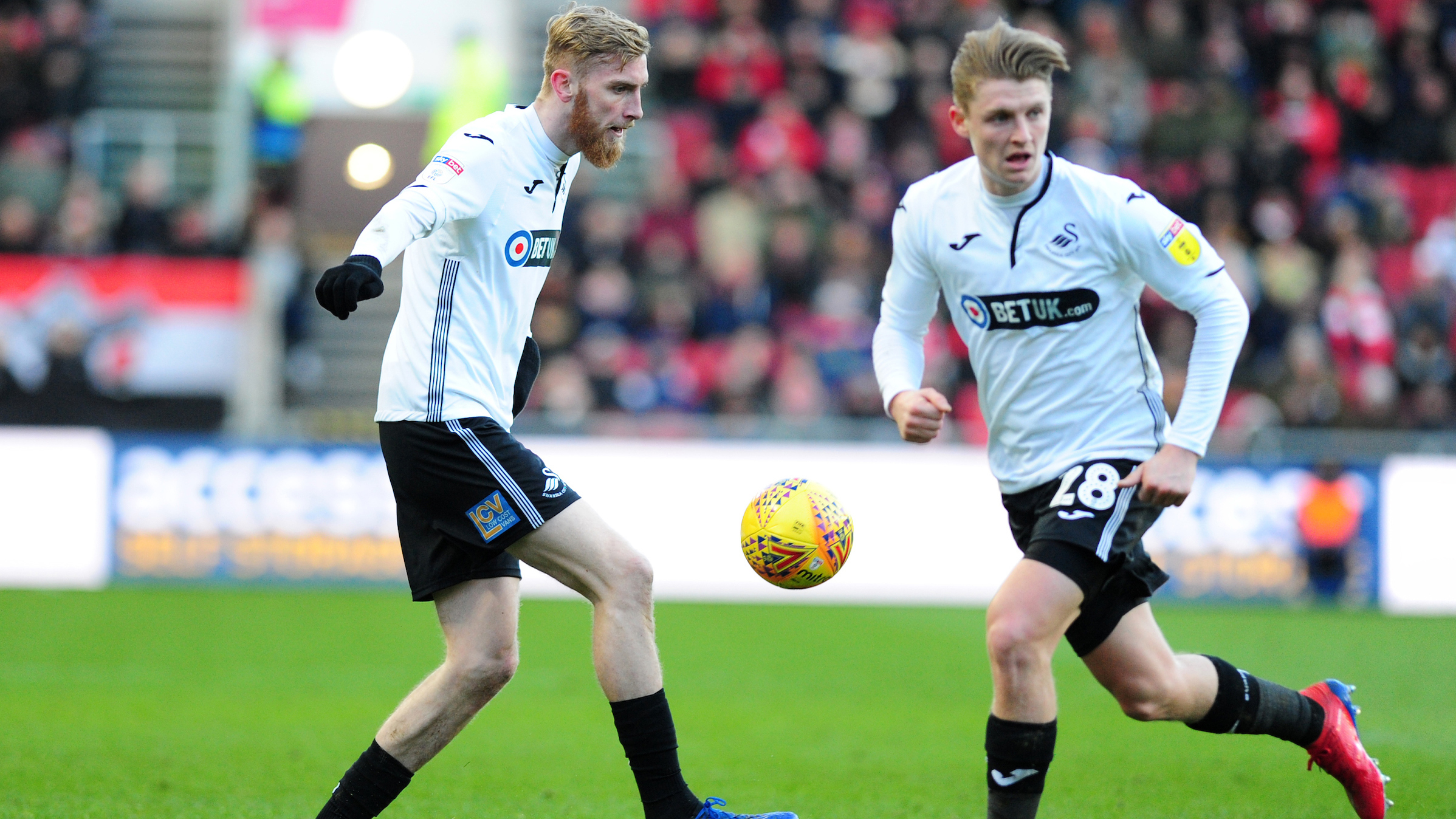 George Byers has his sights set on further first-team football for Swansea City, admitting he was “buzzing” to be handed a starting role at Bristol City.

The attacking midfielder made his first league appearance since October at Ashton Gate, but could not prevent Graham Potter’s men suffering a 2-0 defeat as their unbeaten run came to an end.

That came on the back of a substitute outing in the FA Cup fourth-round win over Gillingham.

Byers came so close to grabbing his first senior goal for the club against the Robins - as the Swans sought an equaliser after Andreas Weimann’s opener - but saw Frank Fielding tip his curling strike on to the post.

While it was a frustrating afternoon – with the Swans unable to make the most of several promising situations – Byers hopes his performance will keep him in the mix for Saturday’s clash with Millwall and beyond.

“The result was disappointing and not what we wanted, but I was buzzing to be back involved,” said the 22-year-old.

“I have been waiting patiently for my opportunity. Obviously, the team have been on a good run and doing well so it has been difficult to get back into the side.

“I had the chance against Bristol City, I was asked to play and I could not be happier to get the chance.

“I hope I showed a good performance out there and, if I get another chance, I hope to do the same again.”