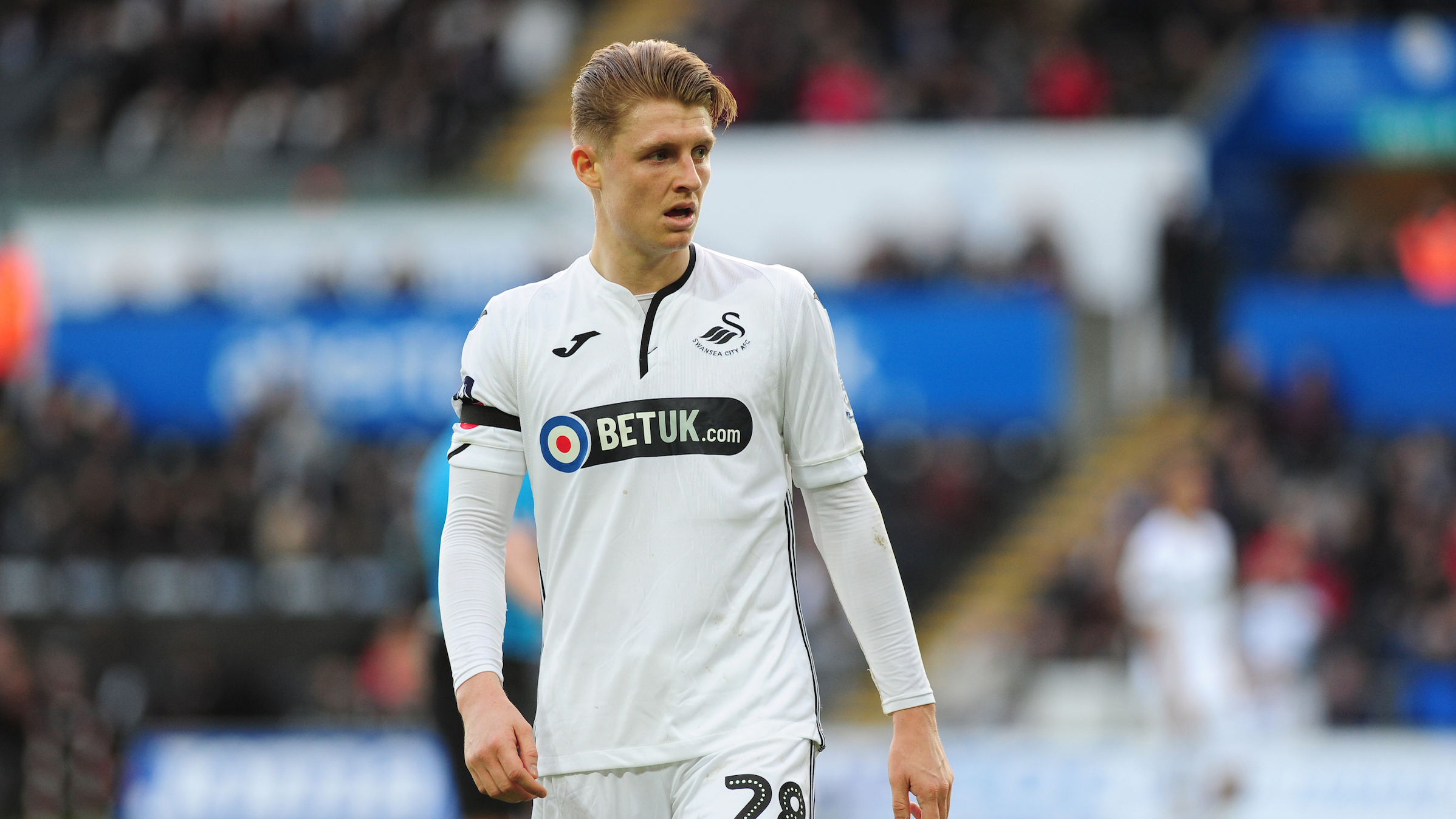 Byers: I must stay grounded

George Byers insists it is important he stays grounded despite his recent goalscoring exploits at the Liberty Stadium.

Byers is aiming to find the net for the third consecutive home match when the Swans welcome Bolton Wanderers in the Championship this afternoon (3pm).

The attacking midfielder, who was the club’s under-23s player of the year last season, grabbed his first senior goal in last month’s 1-0 victory over Millwall, while he was also on target the following week in the 4-1 FA Cup rout of Brentford.

The 22-year-old has been a regular starter since being recalled to the matchday squad for January’s FA Cup win over Gillingham – playing in both advanced and deeper midfield roles – with his run in the side triggering a contract extension that ties him to the Swans until the summer of 2021.

Nevertheless, the former Watford midfielder knows he must continue to produce the goods for Graham Potter’s side between now and the end of the campaign.

“I’ve been pleased with my performances of late and, with a bit of luck, I can stay in the team for the rest of the season,” he tells today’s Jack Magazine.

“But I know I’ve got to keep my feet on the ground and take each game as it comes.

“I must keep trying to do my best for the team – whether that is making or scoring goals.

“Hopefully, I will get another opportunity against Bolton and we can get another three points.”

You can read the full interview with George Byers in today’s Jack Magazine.

The central midfielder also relives his first two senior goals for the Swans and his journey through the ranks in South Wales, as well as revealing which Premier League striker offered advice that still serves him well to this day.

Daniel James states 10 facts you may not already know about him while Oli McBurnie reveals his preferences in our quickfire feature.

Courtney Baker-Richardson revisits notable firsts in his lifetime – including his first football kit and the first concert he went to – and we also catch up with under-23s midfielder Jack Evans after he signed a new deal with the Swans.

We get to know under-18s forward Charlie Clancy following his summer arrival from Chelsea, as well as checking in with former Swan Dennis Lawrence.

Also, we celebrate St David’s Day by looking closely at four famous Swans victories on March 1 in the years gone by.

And there is plenty more in today’s Jack Magazine, including all the latest from the academy and ladies’ team, plus everything you need to know about Phil Parkinson’s Bolton.

Our 17th Jack Magazine of the 2018-19 Championship season is available for just £3 from around the Liberty and the club shop.