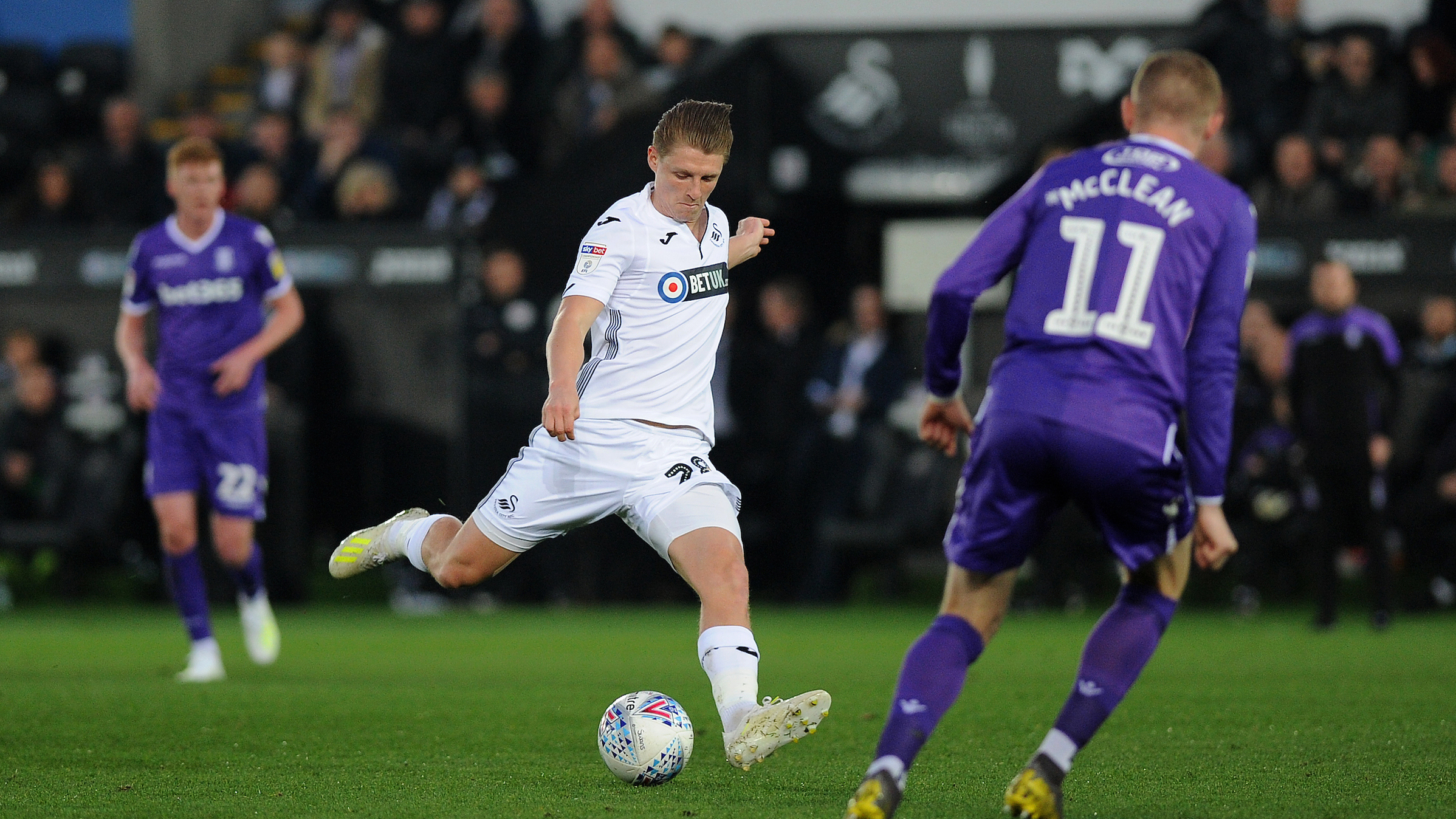 Byers starts, Fer on the bench for Swans

The midfielder made a goal-scoring contribution off the bench in Friday's win over Rotherham, and he gets the nod at Portman Road as Barrie McKay drops to the bench.

Club captain Leroy Fer could see his first involvement since the draw with Birmingham at the end of January after being named among the substitutes.

But there is no place for Bersant Celina, despite Potter initially being hopeful that the Kosovo international could play a part after illness.

McKay and Fer are joined on the bench by Steven Benda, Declan John, Joe Rodon, Nathan Dyer and Courtney Baker-Richardson.