Cameron Evans | I'm over the moon, it's great this club backs young players

Cameron Evans was over the moon to make his Swansea City debut and revealed how Steve Cooper’s willingness to give young players a chance has provided extra motivation in his push for a senior bow.

The 19-year-old defender followed in the footsteps of brother Jack by making a senior appearance for the Swans in the weekend’s FA Cup win at Stevenage.

The teenager – who first joined the club at under-nine level – enjoyed a solid outing as Swansea kept a 14th clean sheet of the season to book safe passage into Monday night’s draws for the fourth and fifth rounds.

And Evans could not hide his delight as the former under-19s and under-23s skipper add his name to the list of academy products to feature for the first team, with Ollie Cooper also making his bow at the Lamex Stadium.

“It was a solid debut and I’m happy. I was over the moon to play, to be honest,” said Evans.

“It’s obviously been a dream from when I was a kid – from Swansea as well. I just wanted to make my family proud; I’m just buzzing now.

“I’m glad the gaffer put his trust in me and I hope I paid him back with a decent performance.

“I found out in training before we travelled that I would be playing, and I was like a kid on Christmas Eve; I couldn’t sleep.

“I was just so excited and couldn’t wait to get out here and make my debut. I’m just chuffed.

“It’s emotional for my family too. I couldn’t wait to get back and see them after the game.”

Head coach Cooper has not been afraid to put his trust in young players since being appointed Swansea boss in 2019, and he has often made clear that is a policy he will continue to follow.

And Evans admitted knowing that age is no barrier to progress at his hometown club provides a major shot in the arm to the younger players coming through.

“You’re so motivated to train because you know he’s not afraid to put youngsters in,” added Evans.

“Every day, you try to put 100 per cent in and hopefully, you get a chance.

“Now I have, I’m just going to continue to put 110 per cent in at training every day. I’ll just keep working hard and hopefully now we’re in the next round of the cup, I can just get as many games as I can.

“Once you play once, you just want to keep playing. I’m just hungry now and will keep working hard.” 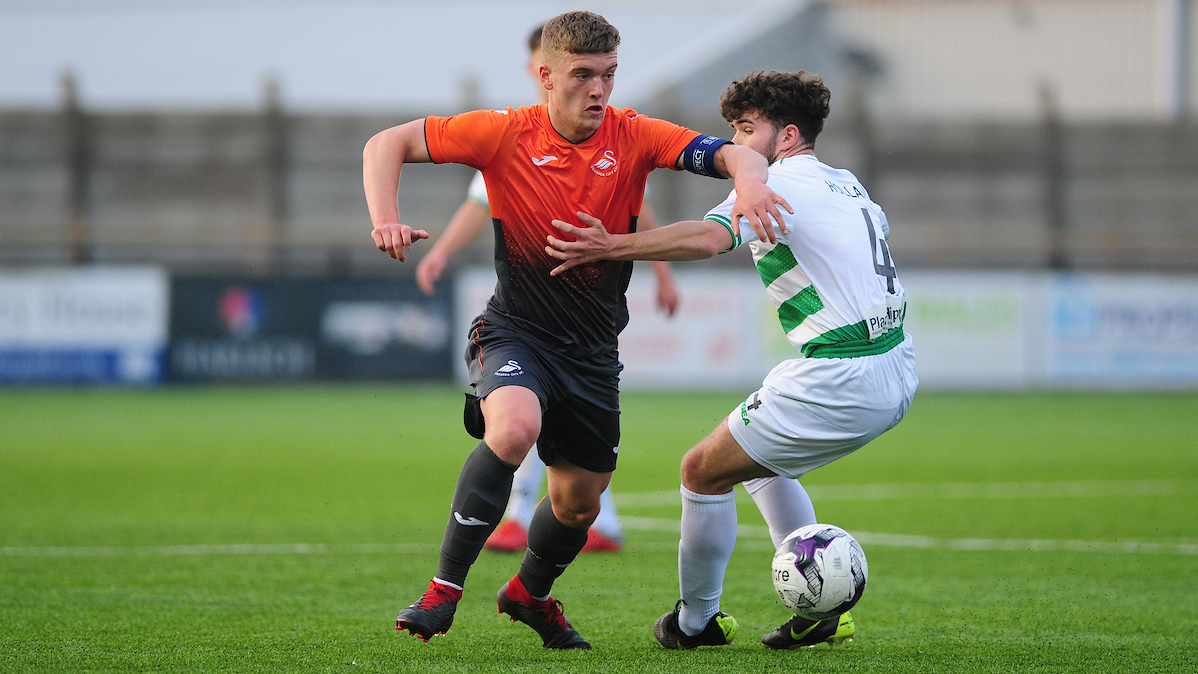 As a 10-year-old Cameron Evans watched Swansea City beat Nottingham Forest to book a date at Wembley in May 2011, he could only have dreamt of being a part of the club’s next venture in the Championship play-offs just nine years later.

Swansea City youngsters Cameron Evans and Dan Williams have put pen to paper on new one-year contracts with the club.

Swansea City Under-23s defender Cameron Evans has revealed how regular training sessions with brother Jack are spurring him on and keeping him focused during lockdown.