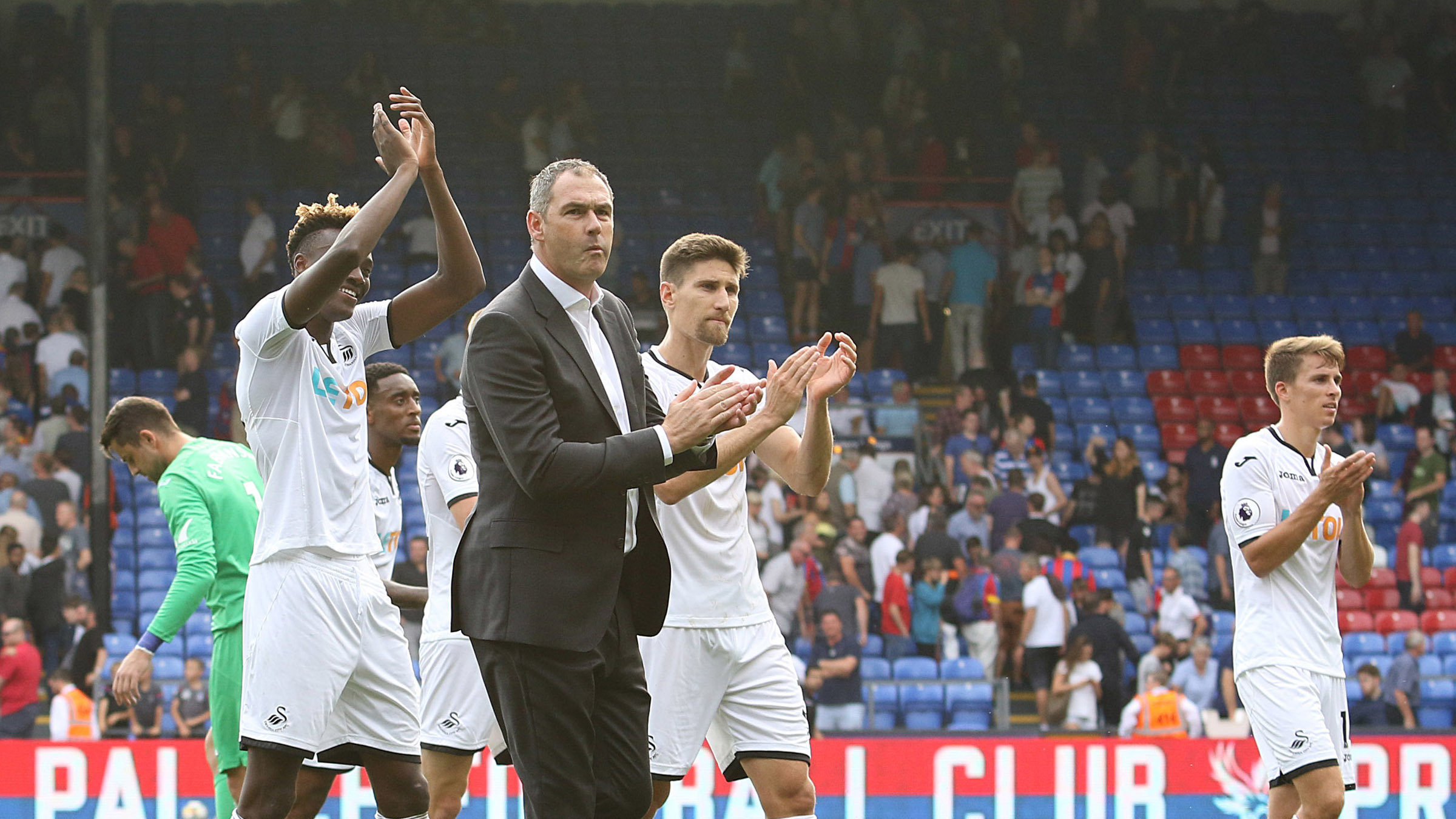 As the domestic action takes an international break for the next fortnight, the Swans saw out the month of August with their first Premier League victory of the campaign after a 2-0 success at Crystal Palace.

Goals from Tammy Abraham, his first in the top flight, and Jordan Ayew earned the Swans their fourth point from three games after a goalless draw at Southampton and defeat at home to Manchester United.

Throw in a 4-1 cup win at MK Dons in midweek, and Clement had every reason to sport a smile.

“I’m particularly happy with the result,” declared Clement. “It was an important game considering we drew the first at Southampton and didn’t create much against Man United.

“It’s always difficult away from home, so it’s a good victory. Four points from the first three games and a win in the EFL Cup is a pretty reasonable start, so I’m happy.’’

Clement certainly wasn’t ready to get carried away though, adding: “Despite the result, I’m not so happy with the performance. In the first-half we were better, but in the second-half we had to defend too much.

“Palace put a lot of long balls into our box and although we kept a clean sheet, there were a few nervous moments. I was also a bit disappointed with what we did with the ball in the second half, so there is still plenty to work on.’’