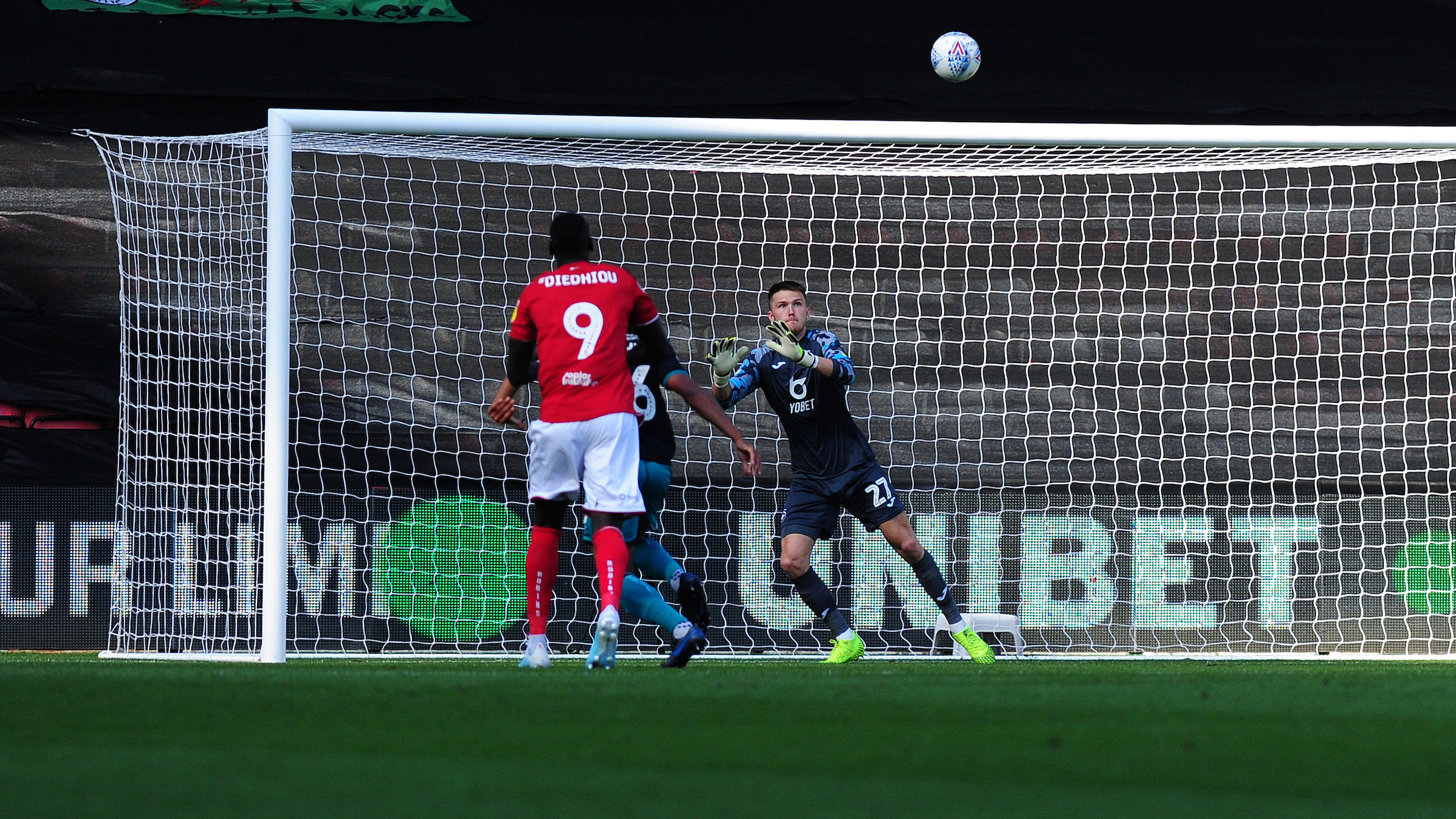 Freddie Woodman feels there is a growing confidence and understanding in Swansea City’s defensive play after yet another clean sheet at Bristol City.

The Swans kept their fourth clean sheet in eight league games so far this season at Ashton Gate, with Steve Cooper’s men picking up another point thanks to a goalless draw.

Three of those shut-outs have come away from home, with the Swans having previously come through games at Derby and Leeds without conceding.

Goalkeeper Woodman joined on loan from Newcastle just before the start of the season and has shown maturity and a growing authority, exemplified by a number of excellent takes from crosses against the Robins.

And he feels the familiarity and extra communication that comes with playing regularly alongside the likes of Mike van der Hoorn and Joe Rodon is paying off.

“I try to give nice early shouts to the defence and that was working for us,” he said. “Mike left a few high balls for me to collect and helped me block off a few players.

“You just have to look at the defenders putting their bodies on the line to see the desire we have to keep a clean sheet.

“They were absolutely flat-out giving it all; blocking and not turning away.

“That’s how much it means to us. We are building our understanding every week and it can only get better.”

The 22-year-old has quickly become a fans’ favourite in South Wales, and the travelling contingent of 2,300 who made the trip to the West Country were vocal in their backing of the former Palace keeper.

And he thanked the Jack Army for their support.

“You could see how much this game meant to the fans. They travelled in their numbers,” he said.

“As soon as we stepped off the bus, I had shivers down my spine when they were roaring and singing their songs.

“The gaffer made it clear that we had to come here and play well for them. I feel like we put in a good performance and were unlucky not to get the three points.

“To be honest, I hadn’t heard about the Jack Army when I first arrived in Swansea, but I can’t speak highly enough of them.

“You could hear them right the way through the game.”