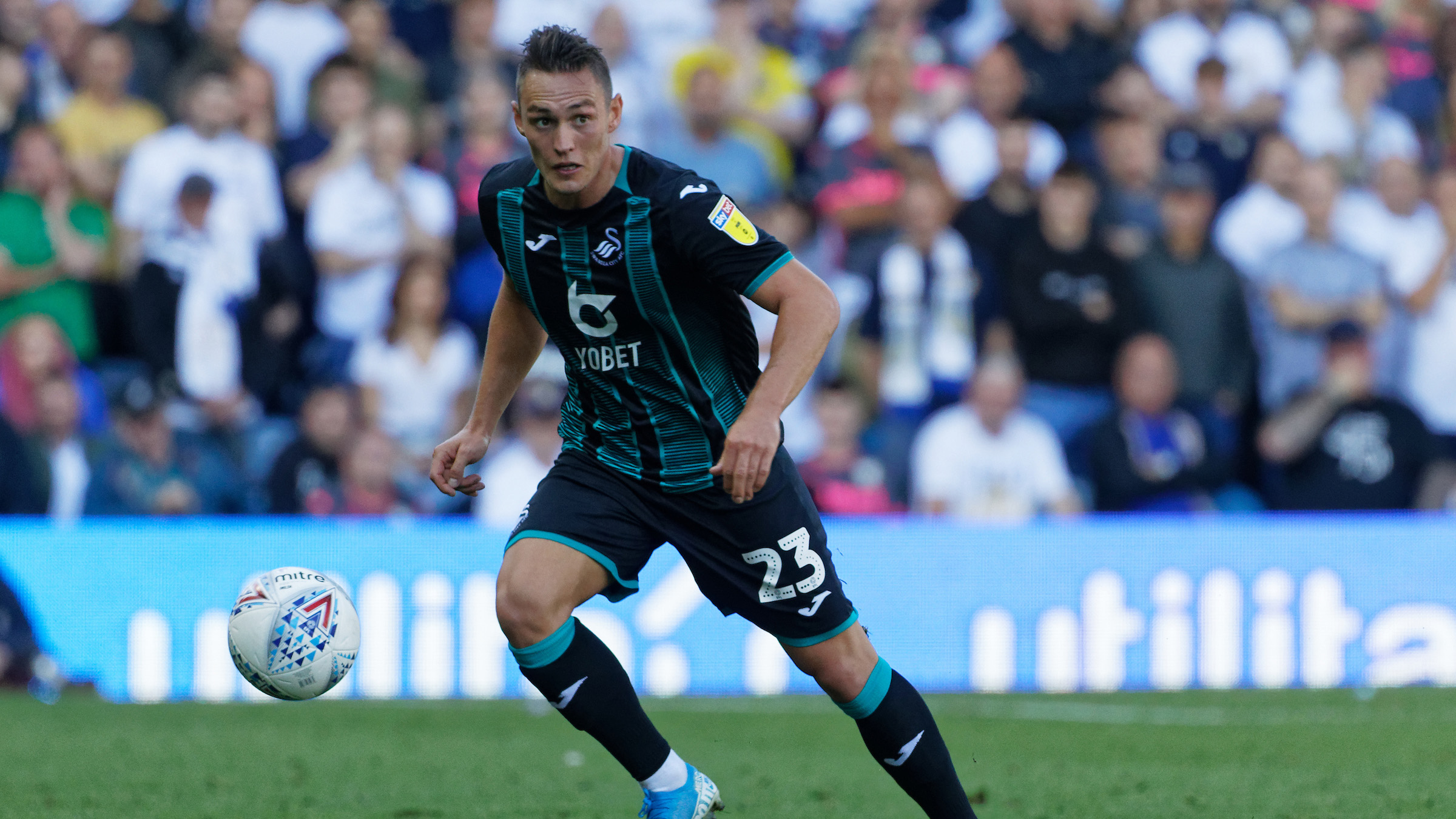 Connor Roberts ranks victory over Leeds United at Elland Road as one of his best moments in a Swansea City shirt.

Steve Cooper’s Swans won at the Yorkshire ground for the first time in 70 years thanks to a late winner from substitute Wayne Routledge.

The result took Swansea to the top of the Championship table as the season reaches its first international break, and was jubilantly celebrated by the 1,418 members of the Jack Army at the final whistle.

Roberts has played for the Swans in the Premier League and in memorable FA Cup ties and notable league victories.

But the Wales international says ending their Elland Road hoodoo is right up there with the very best of those occasions.

“It was right up there with the best moments I’ve had in a Swansea shirt,” he said.

“Personally, I didn’t think I played that well but it’s about the team as a whole and not just one person.

“Before the game, we were saying that a point would be brilliant – let alone a win – so to come away with that result is unbelievable.

The Swans recorded their third league clean sheet of the season, and it took some excellent defending to keep out a Leeds side who had sustained periods of pressure without ever severely testing Freddie Woodman.

Roberts made a wonderful block to deny Jack Harrison in the second half, while Mike van der Hoorn, Joe Rodon and Jay Fulton were among others to make key interventions in an obdurate display.

“We knew we would have to defend, we would be put under pressure and that, at times, and we wouldn’t be able to play out from the back,” said Roberts.

“It’s huge to come away from here with a clean sheet.

“We had to dig in and the first priority was not to concede. Then, we knew that all we needed was one chance and one goal.

“I think we had limited chances but, luckily, we put one away.

“There was a lot of confidence before the game and at half-time. We knew we had to just keep defending, breaking their play up and, hopefully, get that chance, which we did and it was a good finish from Wayne.”