Swansea City boss Steve Cooper praised the calmness of centre-back pairing Ryan Bennett and Marc Guehi as his side recorded their 20th clean sheet of the league season at Hillsborough.

The Swans controlled the majority of proceedings in south Yorkshire, but still needed their defenders to snuff out some rare Wednesday openings.

Bennett, meanwhile, made an excellent block as Windass got away a shot at goal, and then made a crucial defensive header at the far post as Callum Paterson waited to pounce.

It ensured the current squad move to within four of the club’s all-time league clean sheet record of 24 from the 2009-10 season, with five games remaining.

And, while acknowledging the collective effort, Cooper had fulsome praise for his centre-backs.

“Marc and Ryan were excellent again tonight, as they were on Saturday,” said the head coach.

“You have to remember they are coming up against a real variety of attacking players and systems. There are players who look to run in behind, others can be more direct.

“We know Ryan is experienced, and it was a brilliant block he made after we had given the ball away and put us in that situation.

“When you have centre-backs who can keep a clear head it can be pivotal.

“Ryan will probably just tell you that is his job, but we are pleased with him and the defensive effort all the lads are putting in, because clean sheets don’t just reflect on the defenders.

“It is a reflection on everyone.” 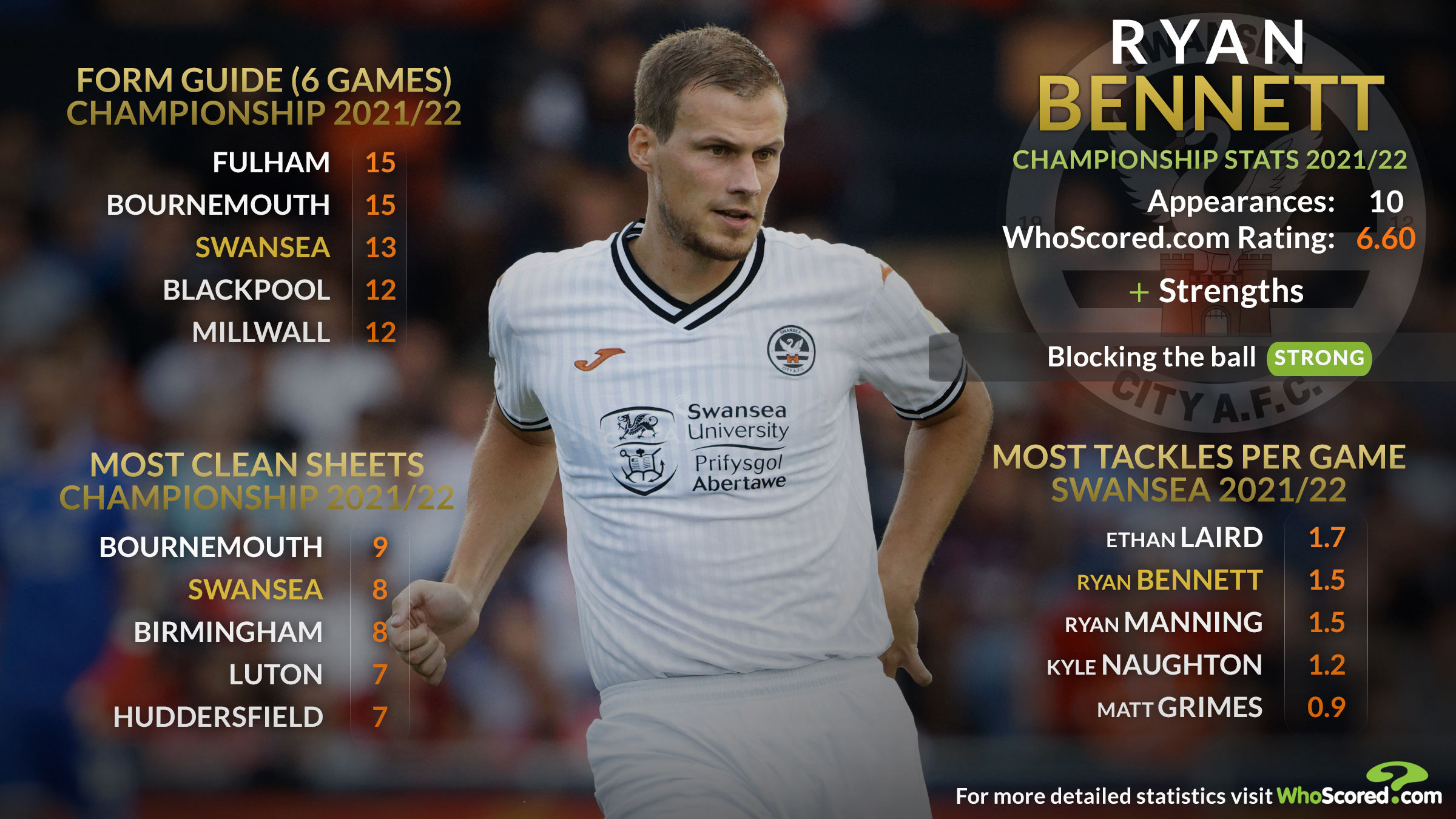 Football stats experts WhoScored.com take a look at the form of Ryan Bennett, and assess his importance ahead of Swansea City's clash with Bournemouth at the Vitality Stadium.