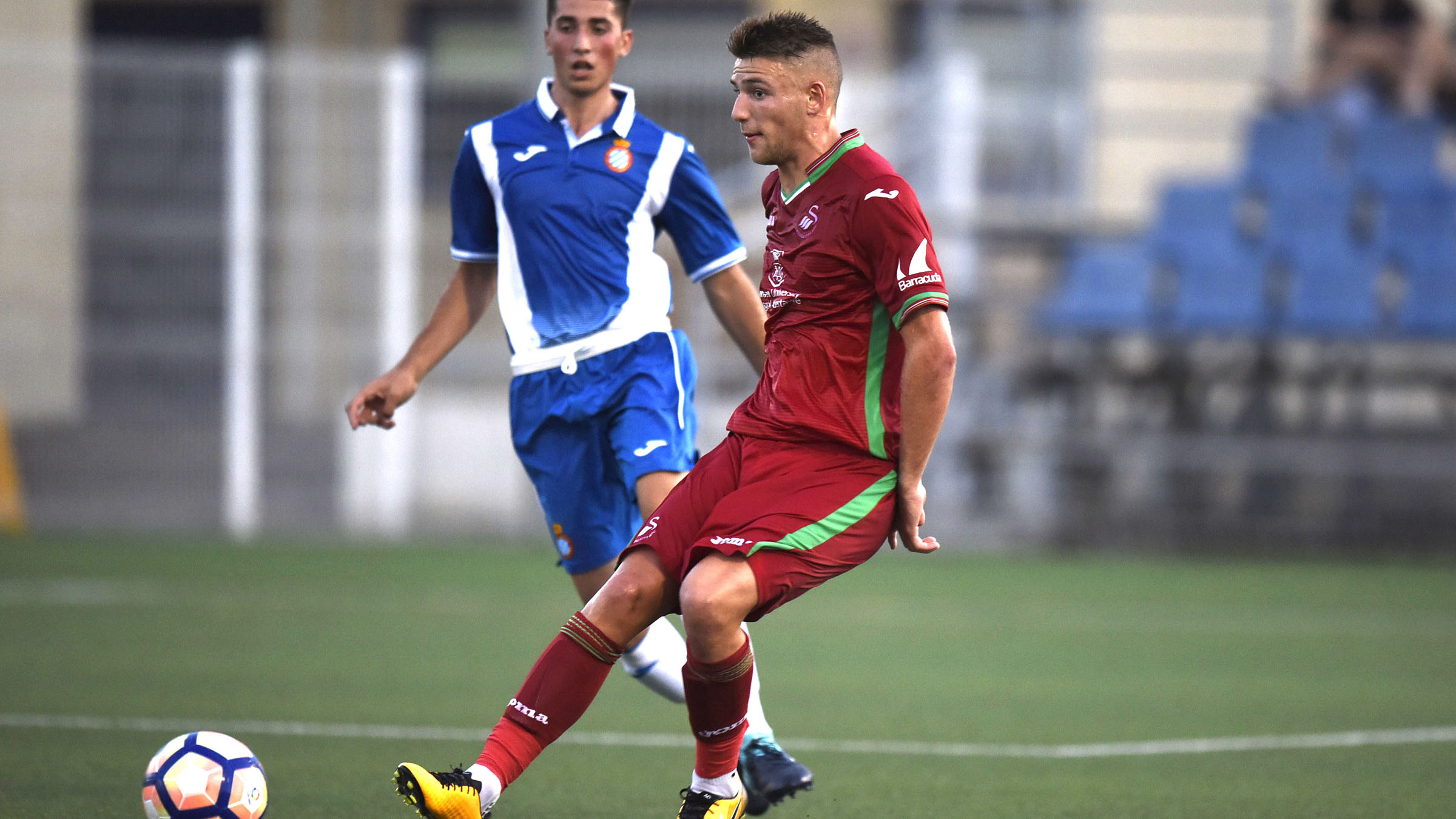 Captain Brandon Cooper has called on Swansea City Under-18s to take a winning mentality into their opening game of the season.

The central defender made 15 appearances for the U18s last season and helped them record four victories and a draw in their final seven games.

And Cooper, who was handed the U18s captaincy during pre-season, wants to see them deliver more positive results this campaign.

“To have a ‘winning mentality’ is definitely the theme we want to take into the season,” said Cooper.

“It is a mentality that has been drilled into us and we must live by it if we are to progress this campaign.

“I feel we are approaching this season with a more professional attitude which we will look to take into all aspects of this campaign.

“We are a tight squad and we have mixed really well throughout pre-season. Our training has been based around that winning mentality and we want to start the season well on Saturday.

“It will be a difficult test as Reading are a really good academy, but I am confident that if we stick together and show them the mentality we have in training we will be strong and able to fight for a good result.”