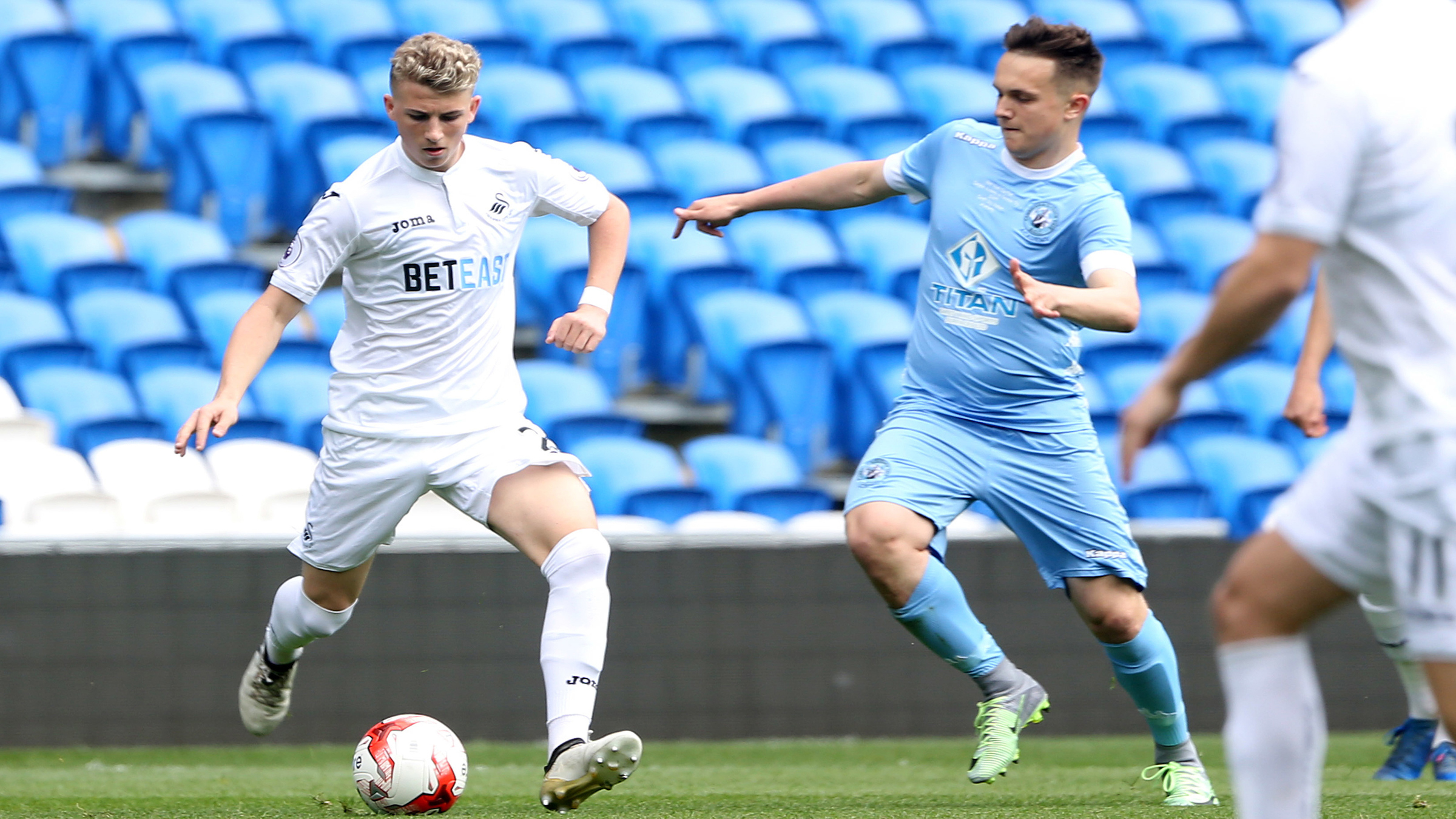 Davies wants U18s to end season on a high

Mael Davies wants to see Swansea City Under-18s continue their positive run and end their season on a high with victory over Newcastle this Saturday (11am).

Two wins and a draw have seen the young Swans go three games unbeaten with a chance to secure second place in their Premier League merit division this weekend.

“We have played well over the last few weeks and must look to take that confidence into Saturday,” said the 18-year-old defender.

“Our wins over Brighton and West Brom shows our performances have improved and to be honest we were disappointed to come away from Southampton with just a point last weekend.

“There is still plenty to play for. A win or draw against Newcastle would mean we secure a second place finish in our merit league and our main focus is to finish as high as possible.”

The U18s lost to the young Magpies earlier in the season as both sides met in the FA Youth Cup in January, with a last minute goal confirming a 3-1 defeat, but Davies insists the game was closer than the scoreline suggested.

“It was a great experience to play that game at St. James’ Park,” he added.

“We played well as a team that night and it was an even contest - I don’t feel the score really reflected the full picture of the game.

“On Saturday we have a chance to put that right and end a tough season on a high.”