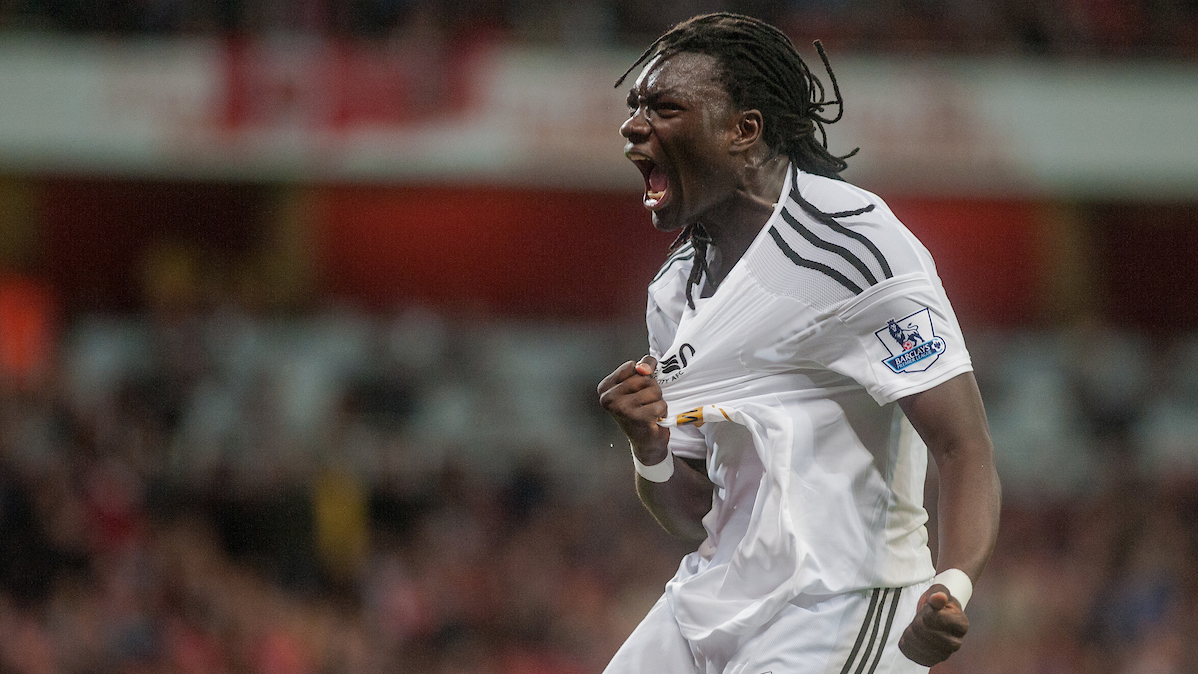 On This Day: Bafe sinks Arsenal

Bafetimbi Gomis was the hero as Swansea City secured a first league double over Arsenal in over 30 years on May 11, 2015.

The Swans were aiming to record a second victory at the Emirates in the space of three years, with Michu’s late double earning a memorable 2-0 success in December 2012.

Operating with a six-man midfield and Gylfi Sigurdsson deployed in an unfamiliar central attacking role, Garry Monk’s side frustrated Arsenal in the first half.

The visitors then had Lukasz Fabianski to thank after the break as the former Gunners keeper made brilliant saves to deny Santi Cazorla and Aaron Ramsey.

And they snatched all three points five minutes from time when substitute Gomis, who also scored the winner when the sides met at the Liberty the previous November, headed home at the back post from Jefferson Montero’s cross.