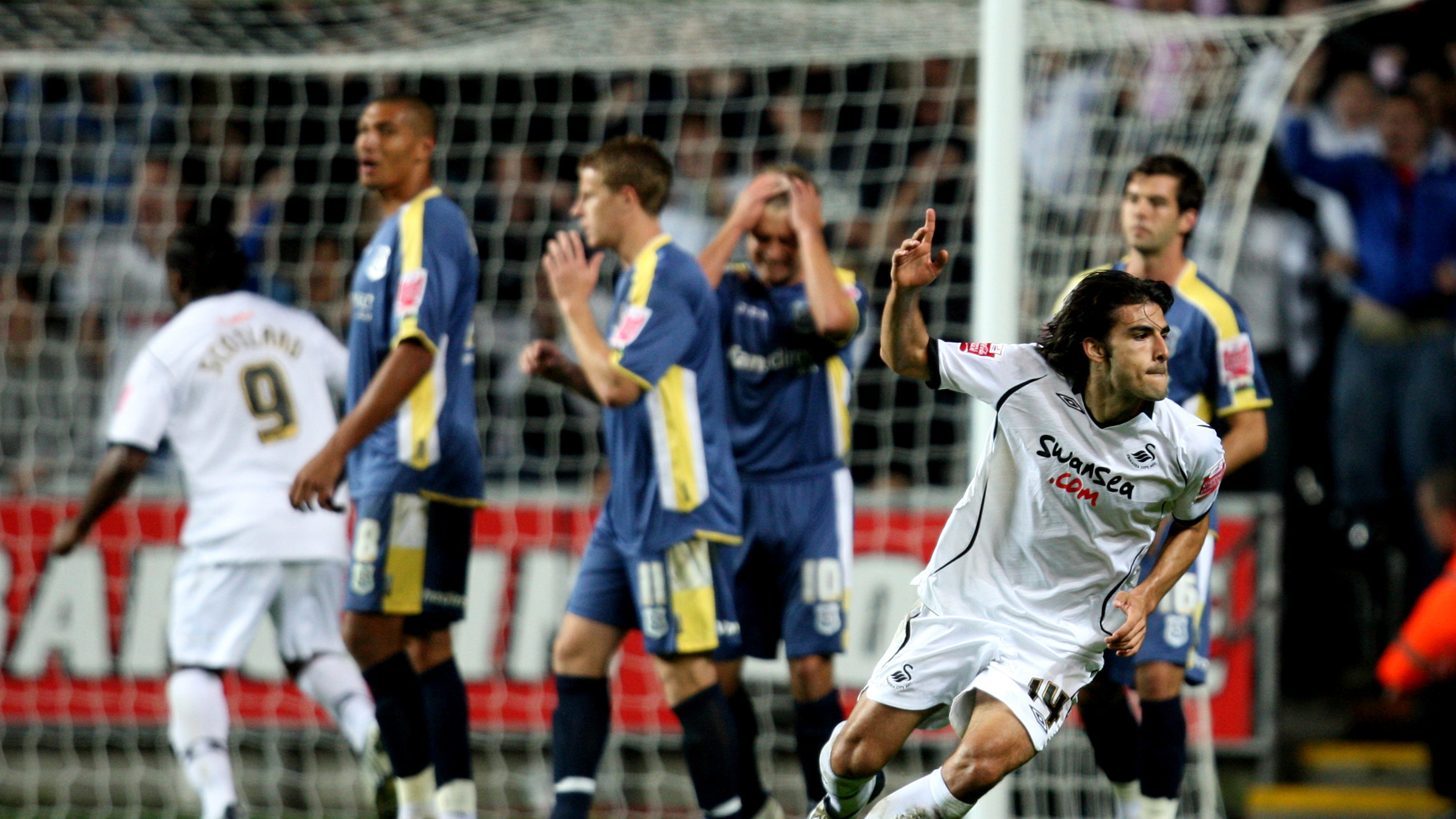 On this day: Gomez sinks Cardiff

Jordi Gomez was the hero as Swansea City defeated Cardiff City in the Capital One Cup on this day in 2008.

It was the first time in nine years that the Swans had met Cardiff in a fully-fledged senior fixture.

The two rivals were reunited after being paired in the third round of the Capital One Cup.

The atmosphere at the Liberty was sizzling as Roberto Martinez’s men walked out to face Dave Jones’s Cardiff side.

The Bluebirds had the better of it early on, but the Swans grew into the contest and took the lead on 57 minutes after Mark Gower was fouled in a dangerous area.

Gomez stepped up to take the free-kick, and his low drive flicked off Gavin Rae’s boot before flying beyond Cardiff keeper Peter Enckelman.

The Liberty erupted as Gomez, the classy midfielder who was on loan from Espanyol, raced away to celebrate with his team-mates.

And there were huge cheers once more at full time as the Swans held on for victory.

Fast-forward six years and the Swans enjoyed another impressive win on this day in the Capital One Cup – putting Everton to the sword 3-0 at the Liberty.

Nathan Dyer got the ball rolling in the 28th minute when he poked home Jefferson Montero’s square pass.

Gylfi Sigurdsson doubled the lead in the second half as he slotted past Tim Howard after Sylvain Distin had inadvertently deflected Jonjo Shelvey’s cross on to his own crossbar.

Substitute Marvin Emnes secured the Swans’ first ever victory over the Toffees three minutes from time, when he drilled home from the edge of the area.