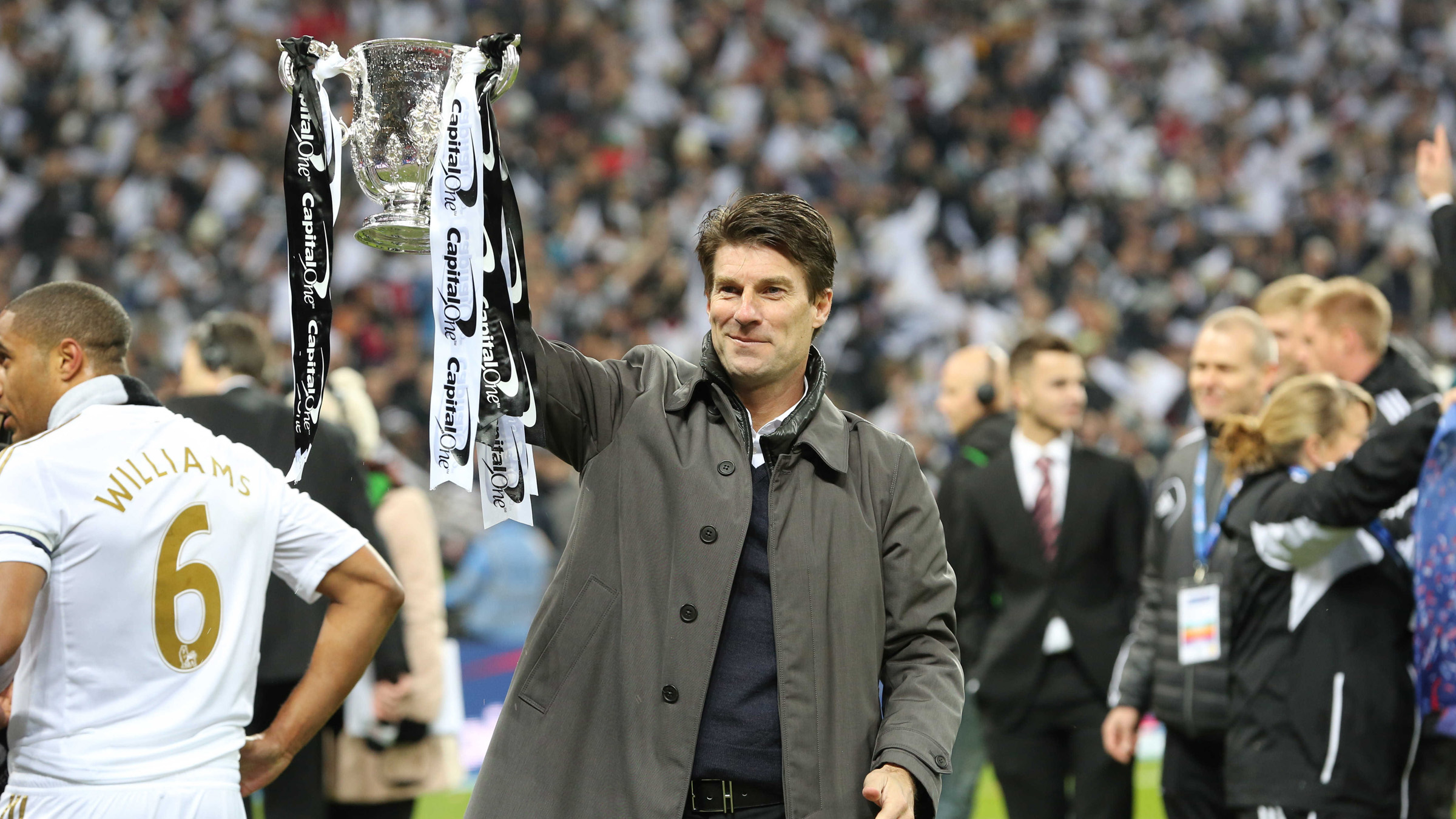 On this day: Laudrup becomes boss

Michael Laudrup became the new manager of Swansea City on this day in 2012.

The former Barcelona and Real Madrid player became the first Dane to manage in the Premier League as he signed a two-year deal at the Liberty.

Laudrup immediately made his mark in the transfer market, bringing in the likes of Chico Flores, Pablo Hernandez, Jonathan de Guzman and Michu, who scored 22 goals during his debut season in SA1.

The manager enjoyed a flying start to life in the English top flight with a comprehensive 5-0 victory away at Queens Park Rangers.

Laudrup also oversaw victories over the likes of Arsenal as he guided the Swans to a ninth-place finish – their highest in the Premier League at the time.

He also captured the first major trophy in the club’s history as they won the Capital One Cup at Wembley, beating Bradford City 5-0.

Laudrup led the Swans into the following season's Europa League and oversaw the memorable 3-0 win in Valencia before his departure in February 2014.

Also on this day in 1958, Wales played out a 0-0 draw with host nation Sweden at the World Cup finals.

The Swans were represented by Mel Charles and Ivor Allchurch, while former player Cliff Jones also played the full 90 minutes as the Dragons finished joint-second in Group 3 to force a play-off against Hungary.