On this day | Lee Trundle joins the Swans

Swansea City completed the signing of one of their finest ever players, Lee Trundle, on July 8, 2003.

Trundle arrived from Wrexham on a free transfer and linked up with former boss Brian Flynn, who he had previously played under at The Racecourse.

The striker made an immediate impact at the Vetch, scoring on his debut in the 4-2 win over Bury, before netting a stunning hat-trick the following week against Cheltenham Town.

Trundle’s goalscoring exploits and flamboyant style of play made him a huge favourite with the Jack Army. 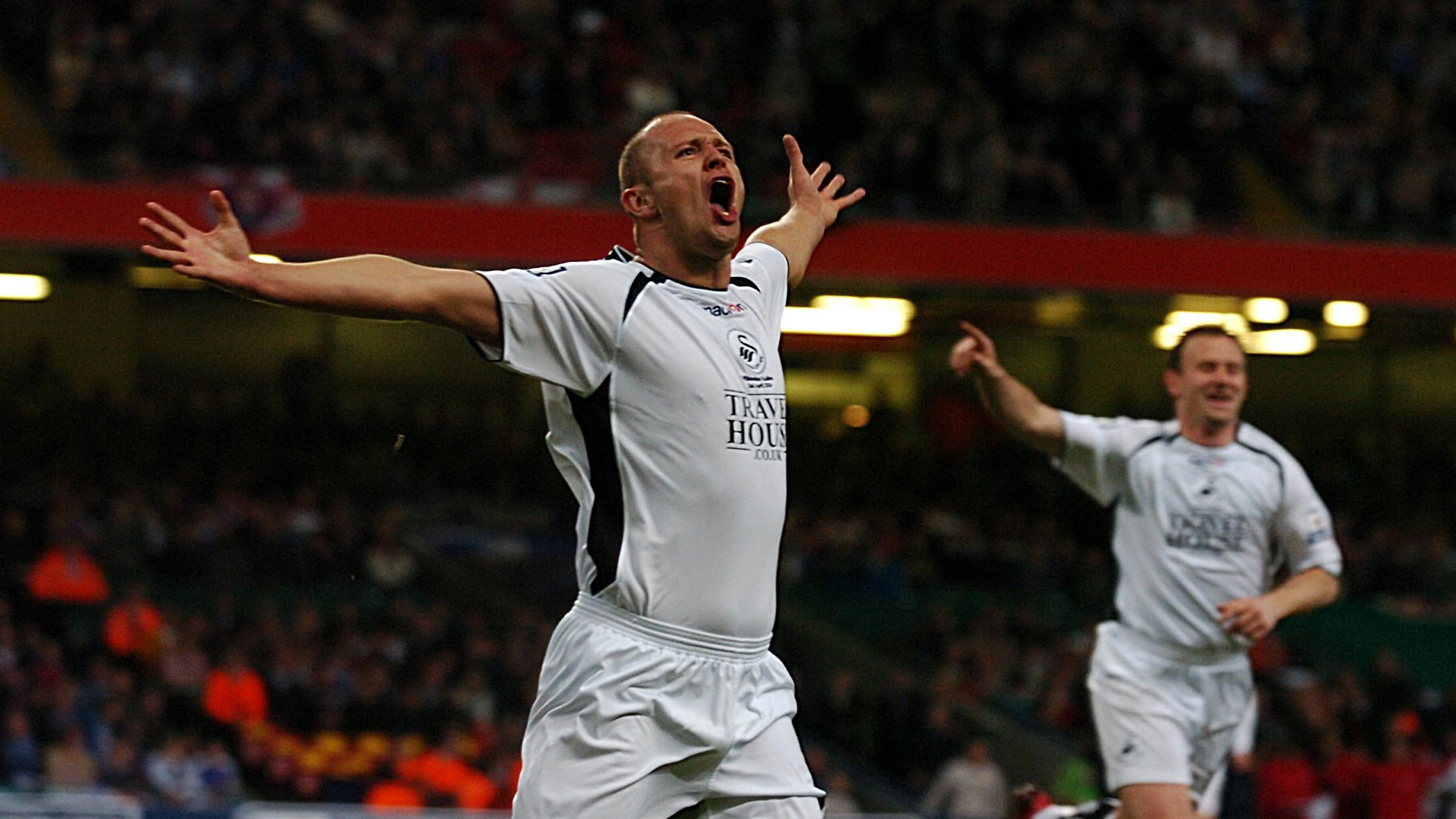 He scored numerous memorable goals, including the dramatic winner in the 2-1 victory over Preston North End in the 2003-04 FA Cup, and a wonderful volley in the Swans’ 2-1 success over Carlisle United in the 2005-06 Football League Trophy final.

Trundle left the Swans for Bristol City in July 2007 but returned to South Wales on a season-long loan two years later.

Overall, he scored 91 goals in 194 appearances for the Swans, and now serves as a club ambassador in SA1.